You are the owner of this article.
Edit Article Add New Article
You have permission to edit this article.
Edit
Home
News
Schools
Sports
Things to Do
Real Estate
Obits
Editorial
Classifieds
Messenger FAQ
Business Directory
About Us
e-Edition
2020 Meet Your Business Community
2020 Resource Directory
2020 Discover Guide
1 of 2 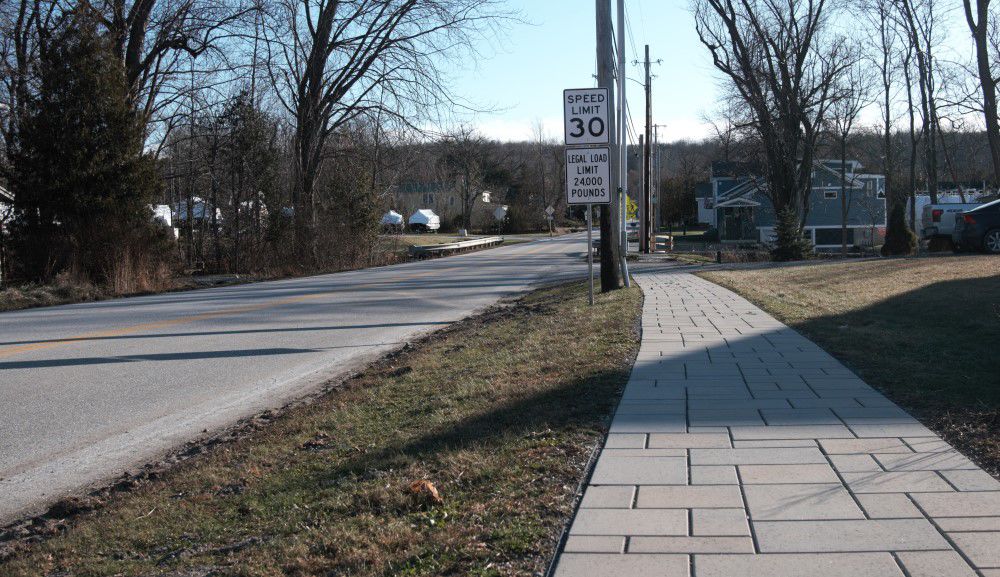 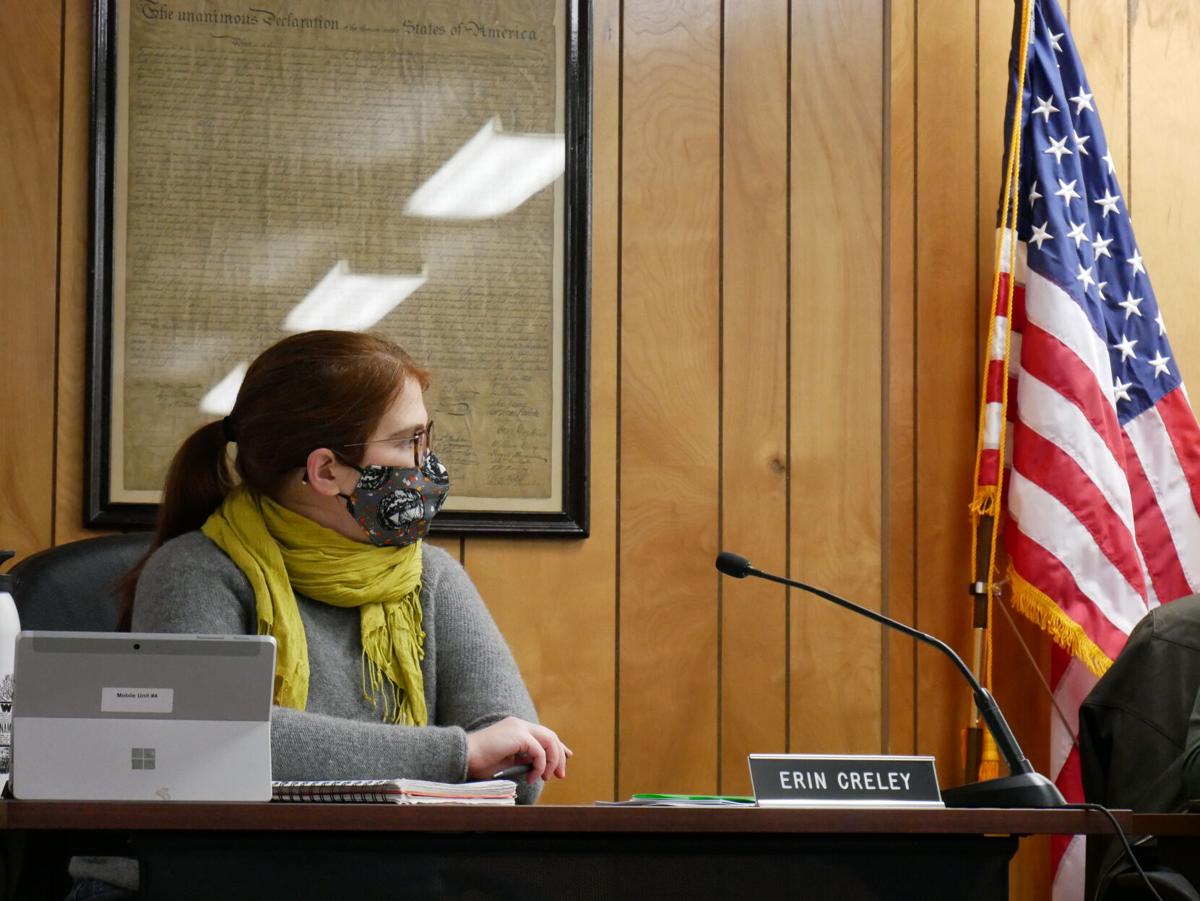 St. Albans Town selectperson Erin Creley speaks with other members of the town’s selectboard during an Oct. 19 meeting.

ST. ALBANS TOWN – Sidewalks and bike lanes seem poised to return to St. Albans Town’s agenda in 2021, based off of comments made at the town selectboard’s latest meeting.

As of last week, however, it seemed officials were interested in revisiting another sidewalk ordinance sometime in the coming months – likely in February or early March.

“That would’ve been a great project to build some connectivity up there on Route 7 North,” Frost said.

That led Frost to ask about the town’s sidewalk ordinance, which, after being kicked back to the planning commission, was placed on the backburner as officials wrestled with other policy questions.

Before it was ultimately repealed, the ordinance, which applied only to new developments, had required developers to either build sidewalks or road shoulders themselves or pay a fee for every linear foot of road frontage on their property.

Officials had hoped the ordinance would eventually build up money the town could use to match state and federal grants, ultimately funding sidewalk construction in St. Albans Town, a longtime goal a 2019 survey found town residents overwhelmingly supported.

The fees attached to smaller developments, however, were steep and, due to language in the ordinance, residential developers found they may be paying those fees twice, resulting in pushback from developers who said the fees effectively made building homes in St. Albans too costly for builders.

Upon the advice of the town’s zoning administrator and legal counsel, the fees were rescinded and sent to the planning commission.

Selectperson Erin Creley, who was a member of the planning commission at the time, said there was a lack of direction from the selectboard on how to address their concerns with a sidewalk ordinance.

Once mixed with the commission’s other priorities, like plotting the town’s eventual stormwater utility ordinance, the commission opted to focus elsewhere, Creley told the selectboard.

“Because there wasn’t a clear ask specifically for what there was, we just didn’t have enough direction to take it forward, and we had other things we were working on,” Creley said. “I’m sure the planning commission, going forward, would look at it if we asked them to look at it again.”

It may still be a few months before the commission takes up sidewalks again, however.

Last week, the selectboard’s chair Brendan Deso said they hoped to revisit their sidewalk ordinance sometime in February or March, pressing out sidewalk conversations as they instead focus on the prelude to St. Albans Town’s Town Meeting Day articles.

The goal, he said, would be to have “something actionable” the planning commission could actually use as it returns to a sidewalk ordinance later this year.

“Let’s try to get it on an agenda in February and, if not in February, early March and try to spend something specific to the planning commission,” Deso told the rest of the selectboard.

What were other takeaways from last week’s selectboard meeting?

Funds collected through St. Albans’s stormwater utility will be used to support clean water projects in St. Albans Town – namely the stabilization of the Rugg and Stevens brooks, two waterways leading to St. Albans Bay heavily affected by infrequent rushes of runoff during storms and thaws.

The town’s public works department is looking to remove what its public works director said was a “dying tree” to expand the parking lot near the town’s dock in St. Albans Bay to allow for safer perpendicular parking – a recommendation stemming from a 2019 walking audit.

The town may also be looking into some form of paving policy accounting for “complete streets” incorporating pedestrian and bicycle safety, and future developments.

Has walkability been wholly on hold through 2020?

While the town’s sidewalk master plan has sat idle for much of 2020, town officials had touched on several major sticking points for pedestrian safety in the town.

An ongoing engineering study has given St. Albans Town concrete images for a health path crossing the St. Albans State Highway near the Gricebrook Road community, likely bringing the town closer to eventually building the long-discussed path to the nearby Collins Perley Sports and Fitness Center.

Last summer, St. Albans Town also opened new biking and hiking trails in the St. Albans Town Forest, inviting about as much fanfare as a pandemic allowed as the first hikers and bikers took to the improved trails and use of the forest grew.