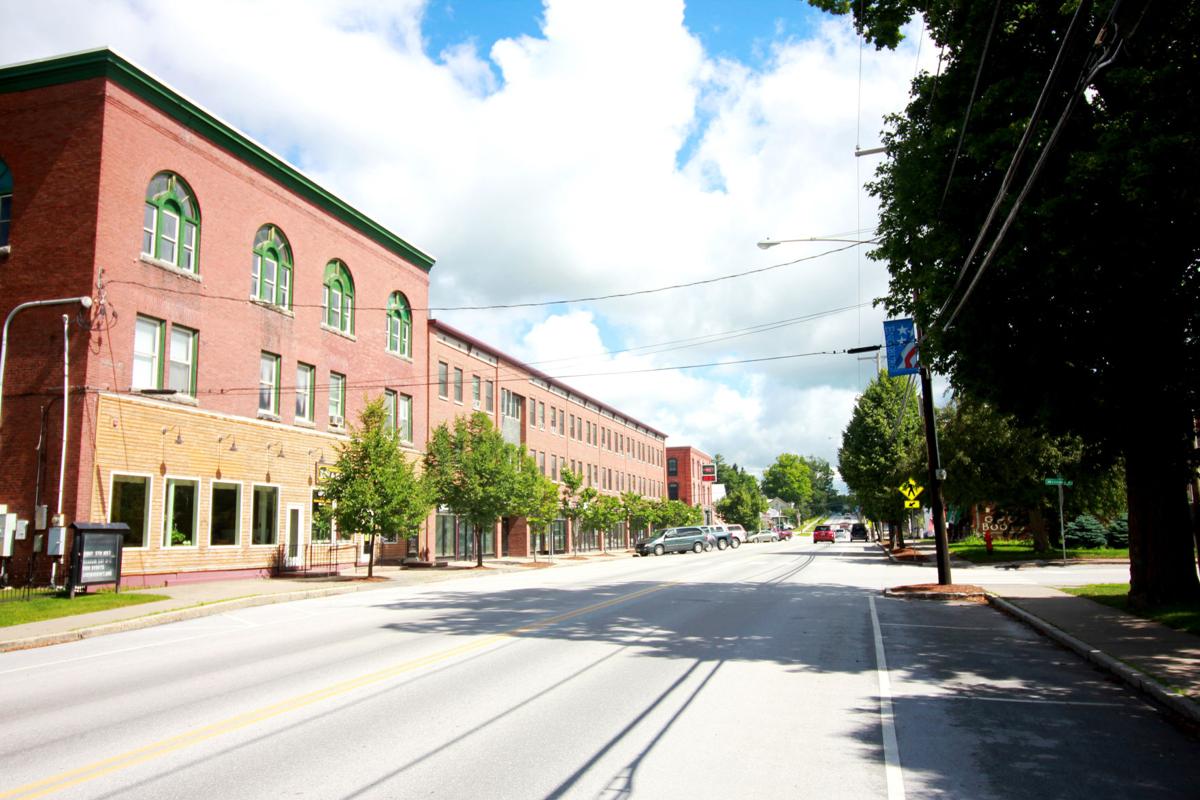 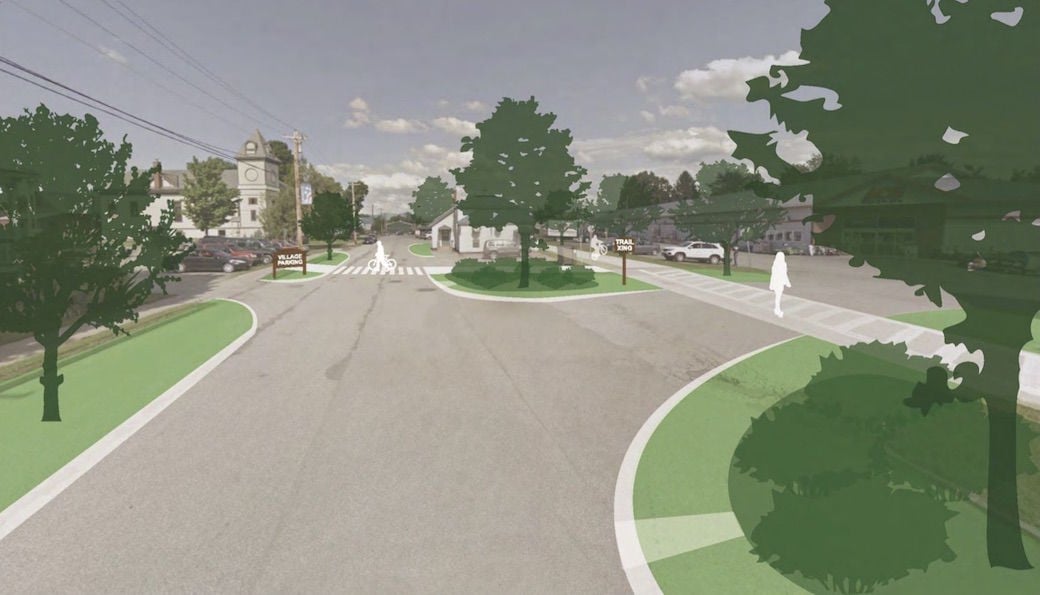 The SE Group’s proposal for possible streetscape enhancements on Depot Street in Enosburg.

The SE Group’s proposal for possible streetscape enhancements on Depot Street in Enosburg.

ENOSBURG FALLS — A proposed project to change the street layout and landscaping of Main Street is drawing ire from business owners.

The project, called “The Enosburg Falls Vital Village Project,’’ dates back to 2018 when the Vermont Agency of Transportation (AOT) and the Agency of Commerce and Community Development (ACCD) awarded $54,000 to Enosburg Falls in partnership with the Town of Enosburgh to fund the master plan, as part of the Vermont Better Connections Grant Program. The town and village split the grant’s required 10% match, which brings the total project cost to $60,000.

In mid-October 2018, a consulting team conducted a walk around of Main Street with residents and visitors. Among the changes that were highlighted were landscaping and curb pop-outs that owners say will reduce parking.

The Vital Village Master Plan completed by SE Group included initial concepts for streetscape improvements. However, according to Greta Brunswick, senior planner with the Northwest Regional Planning Commission (NRPC), the village hired a new consultant, Dubois and King in 2020, to complete a scoping study on streetscape and wayfinding signage, which is currently underway.

“DuBois and King have developed new alternatives that further the initial concepts from the Vital Village Master Plan and the scoping study is considering their feasibility, including local concerns,” says Brunswick, who expects the scoping study will wrap up in the next few months.

At Tuesday’s Enosburg Falls Village Trustees meeting, Ben Maddox, who owns 342 Main St., which houses The Flying Disk coffee shop and retail store, as well as the neighboring Wood Meadow Market, said that having these spaces open is life or death for businesses on Main Street.

“Leave us alone. Leave it as is. It works great. It’s not a problem. We don’t need the vital village project to shift our parking. In Bernie Sanders style: I do not support the purposeful elimination of off-street parking,” said Maddox, who calls out Jim Cameron and the Enosburg Initiative.

Cameron — a businessman who owns the construction development company Green Dolphin LLC — doesn’t own any property or live in Enosburg but says he grew up in the town and has lived in Vermont his whole life.

“When I was growing up my family was in retail in downtown Enosburg. I grew up there, much of my family is still there. I grew up in the store that Ben owns. That was my parents’ liquor store, laundromat and grocery store,” he said.

He says the Enosburg Initiative is not licensed or insured but is just a volunteer group that gets together every two weeks to talk about what they can and can’t do. He said the group of about 20 lobbied the village and town to apply for the grant.

Maddox has owned the spot in downtown Enosburg for 15 years. Before that the shop was in St. Albans for two years. He says that when The Flying Disk left St. Albans, customers had nowhere to park.

“You’d have to park at Food City to come to my store on Main Street. That’s the place you’re in. They had parking enforcement two days a week and then it was hardly enforced,” says Maddox.

He says that customers would tell him that they drove around the block eight times because there was nowhere to park.

“It was literally almost impossible to do business with us because the parking was so crammed full of daily all day parkers. That’s the place you’re in,” says Maddox. “{span}The elimination of business-adjacent parking makes using downtown for daily business inconvenient and actually encourages urban sprawl. Strip malls and box stores always have fantastic parking options for the customers. This project puts downtown businesses at a disadvantage.”{/span}

Cameron says that he owns the St. Albans House. He feels it was a great model for the kinds of things that St. Albans does that translate to Enosburg.

“I clearly saw the deterioration of the downtown; Empty spaces, dilapidated spaces, houses on Main Street not being taken care of. We just started coming up with things to do there that would make a difference. My interest is in making Enosburg better,” he said.

Margo Sherwood operates Sherwood Real Estate on the corner of Orchard and Main streets. She says that she’s had three businesses in Enosburg over the course of 52 years.

“We never had a problem with parking. We always got great out-of-state people coming in too ... we welcomed them and if we do any changes, we need to add more street parking,” said Sherwood.

“Yes, there’s going to be some parking concerns and we have to address them. No one has denied that and no one has ignored it. We don’t know what the answer is yet,” says Cameron.

He also admits that the second phase of the Vital Village Initiative hasn’t been as transparent.

“I think COVID has a great deal to do with it. The Steering Committee was fundamentally staffed at the village area and people lacked interest. Again sort of tied to Covid. There was this high interest, high output and then this long slog,” he said.

“It is not too late for public and business input on the design alternatives,” says Brunswick. “Rather this input is welcomed on the 28th. It is also not too late for the design alternatives to be refined based on public and business input at the discretion of the Village Trustees. That said, finalizing the scoping (feasibility) study in no way represents a commitment to pursue implementation.”