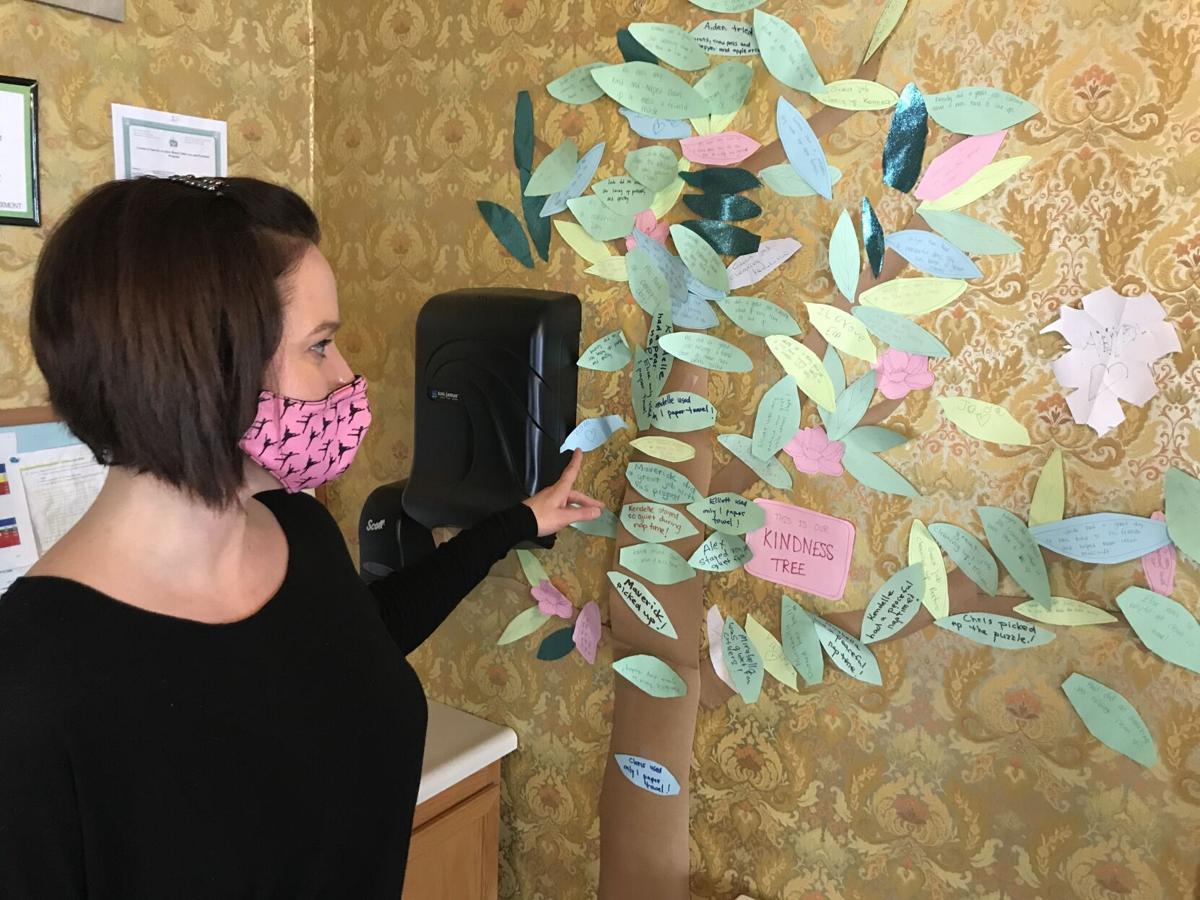 Heather Garceau points to a display that she made for children at the Almond Blossoms Schoolhouse in St. Albans on Tuesday. 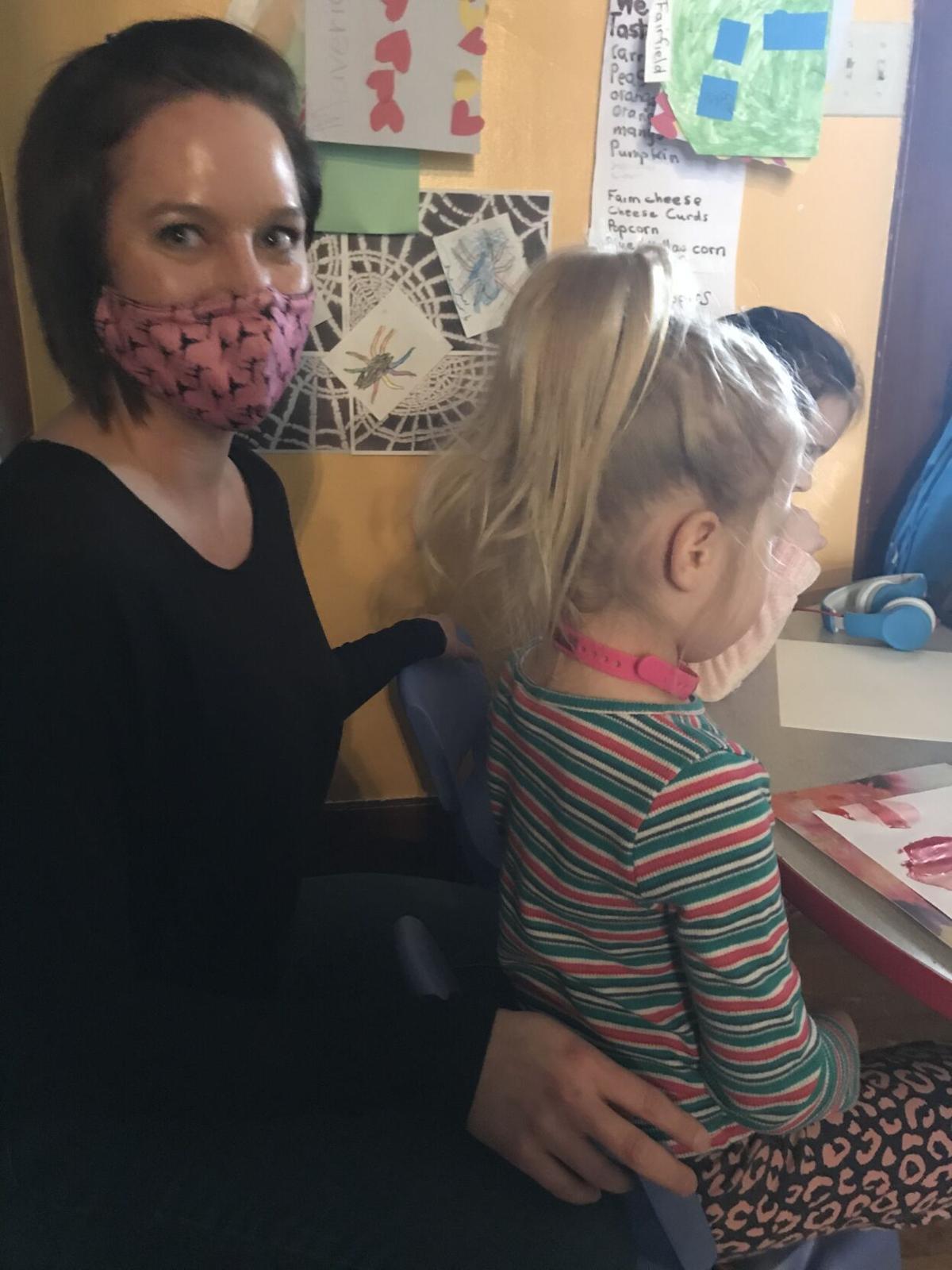 Heather Garceau points to a display that she made for children at the Almond Blossoms Schoolhouse in St. Albans on Tuesday.

ST. ALBANS CITY — It’s Tuesday morning and Heather Garceau is just about to get the kids set for a nap. But first she has to handle an upset child and no one’s exactly sure what upset them.

Without hesitation, Garceau wraps her arms around the girl.

“What’s up buttercup?” she says.

The sobbing continues — more faint until the child runs back to a small desk where she continues painting hearts on a T-shirt.

Garceau runs the Almond Blossoms Schoolhouse, a childcare center in St. Albans. She cares for 30 children from six months to 12 years of age. Garceau says that academics as well as teaching children how to be solid community members are clearly important tasks but the facility, which was built in 1904, needs expansion and renovation.

Almond Blossoms is one of nine businesses in Vermont that are being granted a total of $770,000 in state tax credits as part of the Downtown Village Center Tax Credit proposed by Gov. Phil Scott’s administration. The center itself will benefit to the tune of $35,000.

The overall project — which runs just shy of $600,000 — is being funded through the Downtown and Village Tax Credit, a Vermont Community Development Program Implementation grant, and private funds from Almond Blossoms. A program of the Vermont Agency of Commerce and Community Development, this year’s award focuses on recovery coming out of the COVID-19 crisis.

“Vermont’s Main Street businesses have taken a gut punch this past year and the Downtown and Village Center tax credit program has played a critical role in restoring community vibrancy this past summer and fall,” says Department of Housing and Community Development Commissioner Josh Hanford. “Given these uncharted and difficult times, it is inspiring to see Vermonters doubling down to build a brighter future.”

The child center is located in a historic building in St. Albans’ designated downtown. According to Emily Klofft, the regional planner at the Northwest Regional Planning Commission, the credit will support rehabilitation necessary to ensure the second story of the building can be converted to additional space for the child care center.

“The project will bring two public benefits: rehabilitation of a historic building in a designated downtown and supporting the expansion of affordable child care services,” Klofft says.

A study conducted by Let’s Grow Kids in 2020 found that Franklin County has one of the worst child care shortages in the state. Countywide there are 802 child care slots. The study estimates that an additional 1,431 slots would be needed to meet the demand for care in the county. The tax credit is just one part of the larger project of expansion.

Garceau says that the biggest reason to expand is that the facility ran out of room to age children up in the program.

“This is why the expansion is so important because there is a huge need for infant care but I can’t take more infants until I have more space for the older children to go,” she said.

She says the tax credit will double the existing capacity, providing for 30 new child care slots on top of the 30 that they currently have.

“When I had my daughter, I realized that there was very, very limited access to early childhood education in this state … a lot of centers just do preschool, which is kind of where the money is. In infant care, there’s usually the cost of the four children that one teacher is covering, that covers the cost of the teacher’s salary. There’s no extra room to cover rent or electricityor any of those things,” Garceau said.

The longterm goal is to be able to turn Almond Blossoms into a 24-hour center so people who work in the nearby industrial park and hospital can have care for their children in the evening as well.

In addition to Almond Blossoms, this year’s projects include rehabilitation of Chapman’s Store in Fairlee, code-related upgrades at the Randolph House, a senior apartment facility in Randolph, redevelopment of a former bank on Winooski’s traffic circle for the expansion of Four Quarters Brewing, and rehabilitation of the historic 1824 Wallingford Block, in Wallingford.

For Garceau, the program has been a godsend.

“I am really excited. The expansion is something that I have been working on since before I ever even acquired and took possession of this property so I’m really looking forward to seeing it expanded and up and running,” she said.