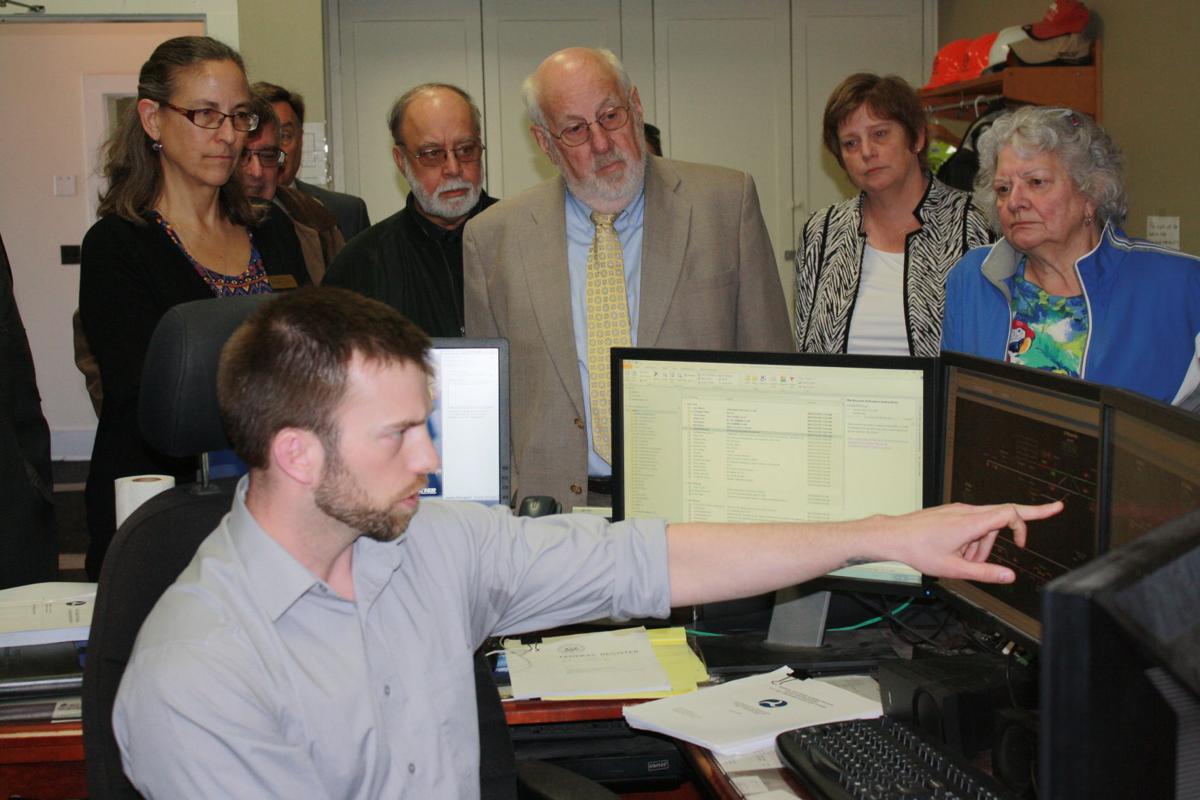 Randy Feeley, center, explains the work of the railroad dispatch center on Federal Street to members of the House Transportation Committee and local officials in this Messenger file photo. 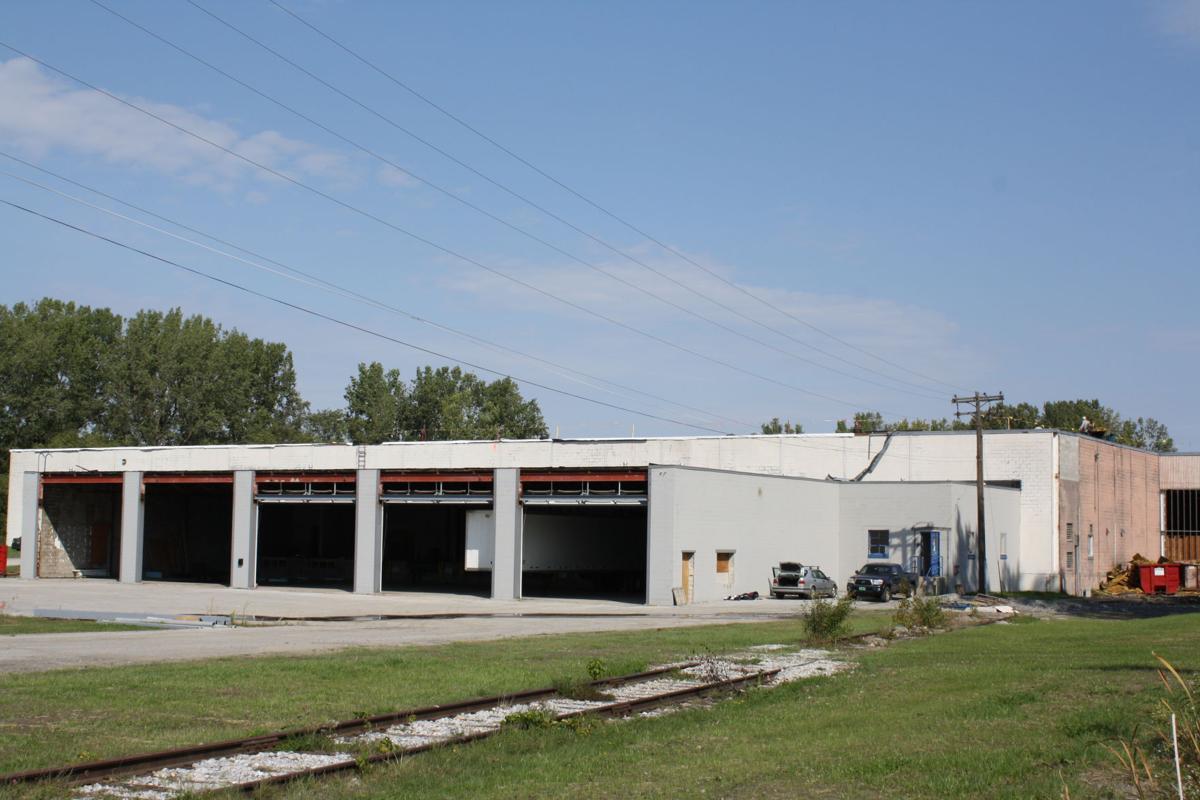 Fonda, part of which is seen here prior to its demolition in 2012, made paper products. The company originally opened on Stebbins Street in the 1800s before moving to Lower Newton Street.

This conceptual plan show the location of the three buildings planned for the Fonda site. The smallest, on the right, is intended to be the new home of the American Rail Dispatch Center.

The project will keep the ARDC and its 63 employees within the city.

The property, which the city has owned since 2008, has long been on the city’s redevelopment list.

“This is the beginning of the redevelopment of the Fonda site,” said Dominic Cloud, the city manager.

The project is the first in a planned three-building subdivision at the Fonda site.

“Redeveloping Fonda is one of the last remaining TIF projects. We’re thrilled that one of St. Albans founding employers and industries is taking the first development lot at Fonda. This is another great example of the power of public/private partnerships,” said St. Albans City Mayor Tim Smith.

According to Tony Long, G&W Senior Vice President, “We have a terrific work force and over 100 years of history in St. Albans; we’re excited to improve our operations in a modern, build to suit building.”

ARDC dispatches for 97 short-line freight railroads around the country. Dispatchers work around the clock. Dave Blodgett, who runs the ARDC here in St. Albans, said the new building “secures us to be here for another 10 years at least.”

The age and size of the current building at 2 Federal Street had presented maintenance challenges, he added, saying ARDC had been working with the city for the past six months on arranging this new home.

“This is a great project,” said Fred Connor, a partner in The Connor Group, together with brothers Mike, Steve and John. “It plays to our company’s strengths in development and construction and delivers a great building at a great price.”

The city intends to subdivide the Fonda site into three parcels, one which will house the ARDC building. The other two are tentatively planned for 20,000 and 50,000 square foot buildings. Cloud said the city has had initial conversations with potential tenants of those buildings.

As part of the ARDC deal, the city will complete brownfield remediation at Fonda begun with American Redevelopment and Reinvestment Act funds in the wake of the Great Recession several years ago.The city will also construct a new access road and install utilities prior to the construction of the new building.

A $400,000 Northern Borders Regional Commission grant and $25,000 grant from the Franklin County Industrial Development Corporation will be used to pay for some of the needed work. However, the city will be asking voters to approve $1 million in TIF funds on Town Meeting Day.

Once the access road and remediation at the ARDC location are complete, the city will use any remaining funds to begin remediation at the other two locations. “One of the roadblocks to Fonda for years has been site readiness,” said Cloud.

Tax increment financing allows the city to borrow funds in anticipation of economic development projects, install infrastructure needed to attract development, and then use property taxes on the increased value of the developed or redeveloped property to pay the debt on that infrastructure. TIF funding has been used to fund the city’s renewal over the past several years, including the construction of a new parking garage, a Hampton Inn, a new state office building, an Ace Hardware store, streetscaping improvements, and a current project that will bring a 25,000 square foot office building downtown and two new multi-unit residential buildings to Maiden Lane.

The ARDC’s current home at 2 Federal Street was constructed between 1863 and 1867 as the Central Vermont Railroad Headquarters. As part of the partnership, the Connor Group will explore development opportunities for the building with the city.

The Connor Group has worked on redevelopment projects within the city before including the renovation of the Willard Mill into affordable housing and the Waugh Opera House. Mike Connor, President of Connor Contracting, said the company enjoys the challenge of working on historic buildings.