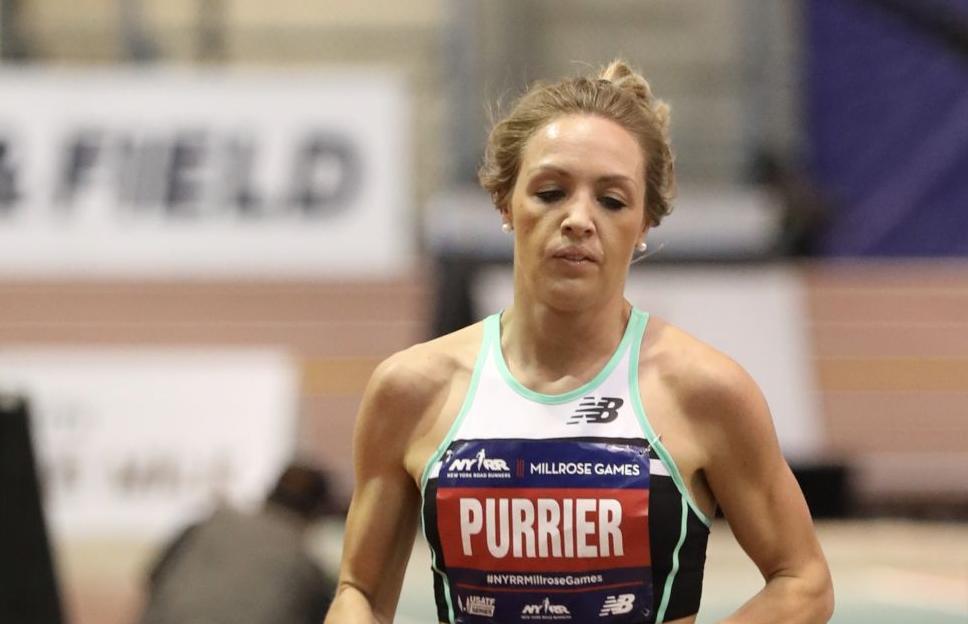 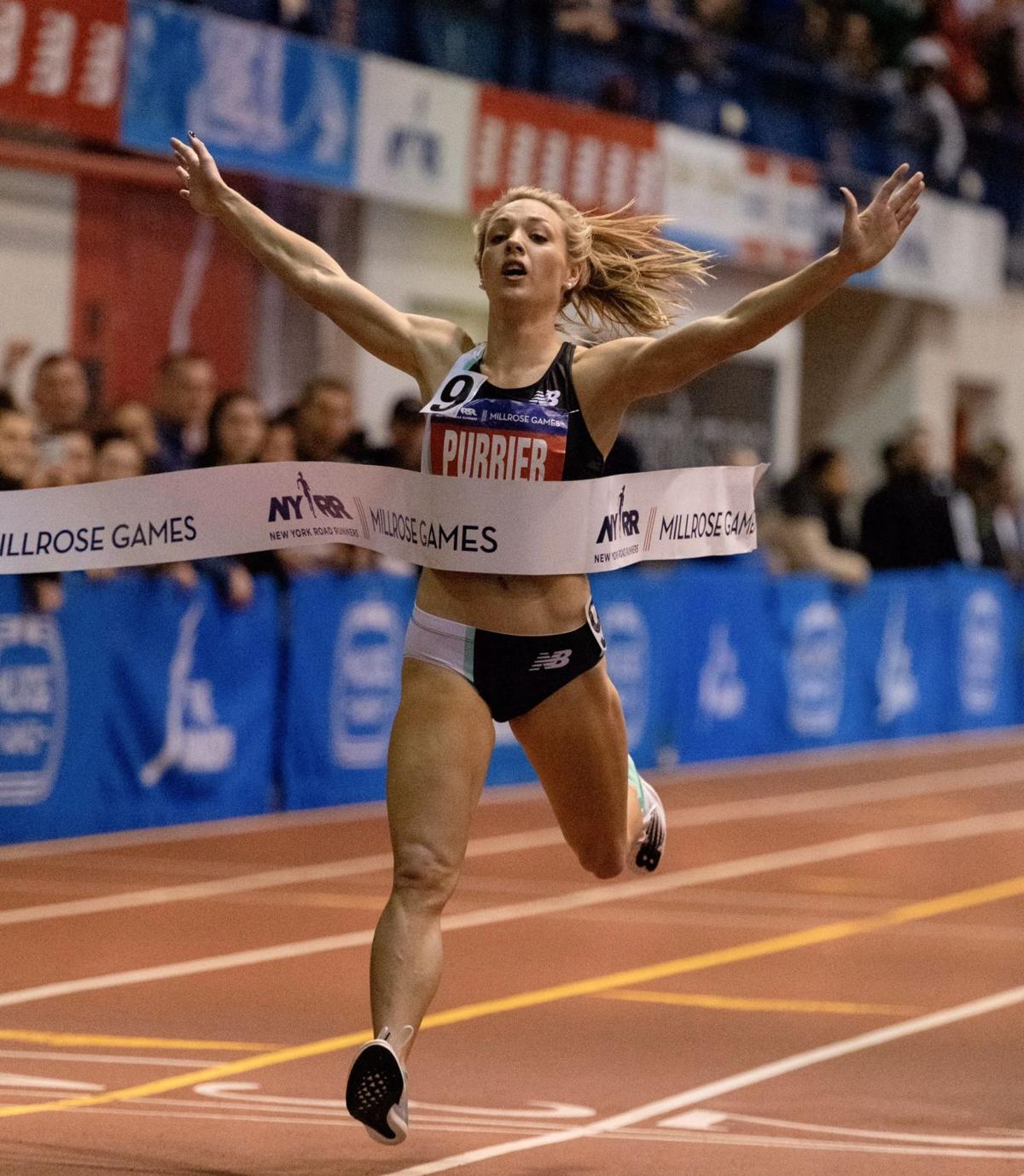 Purrier was unaware she’d broken the record until asked by Lewis Johnson of NBC Sports what it felt like to set a new record. Even without knowing her first words after crossing the finish line, as heard on video of the event, were “oh my God.”

Purrier’s time of 4:16.85 at the Millrose Games broke the American record for the indoor mile set 37 years ago by Mary Slaney of 4:20.5. She now holds the second fastest time in the world for the indoor mile. The world record is held by Genezbe Dibaba of Ethiopia, who ran the indoor event in 4:13.31 in 2016.

For most of the race Purrier was fourth. She didn’t begin to make her move until the final four laps, passing defending champion Konstanze Klosterhalfen of Germany in the final 50-meters of the race.

The top four racers all set national records, and all broke the 4:20.5 record set by Slaney in 1982.

“I held on for dear life and just kicked as fast as I could,” Purrier told NBC in the moments after the race.

Asked about her strategy for the race, Purrier told Johnson, “”I just knew it was going to be fast with who was in the race and so I just tried to hang on and be mentally tough for that last lap.”

This was her second indoor race of the season.

In a press conference after the race, Purrier said she hadn’t her eye on the record. “I hadn’t thought about the American record until right now,” she said. “I just competed.”

“I’m really excited and really proud,” said Purrier, who also spoke of the support from her coaches, teammates and family. She races for New Balance.

While at the University of New Hampshire, she won an NCAA championship in the mile, but ran the 5,000 meters at last year’s World Athletic Championships.

Next weekend, she will be running in the U.S. Track and Field Championships. Asked if she’ll be running the mile or the 5,000 meters, Purrier said she didn’t know, saying she might run both.

Purrier, who grew up in Montgomery and attended Richford Junior-Senior High School, got her start running on the back roads of Franklin County.