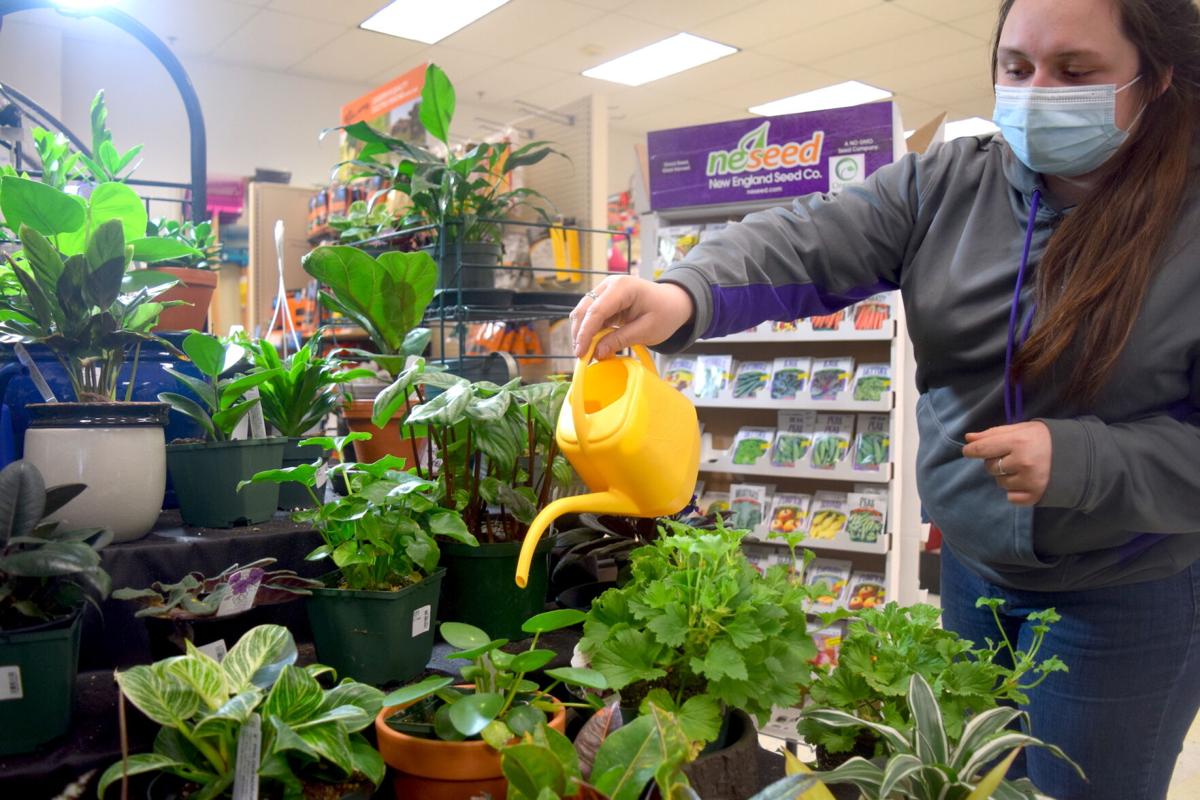 Mikayla Wilber, a sales associate at Guy’s Farm and Yard in St. Albans, waters some of the display plants. 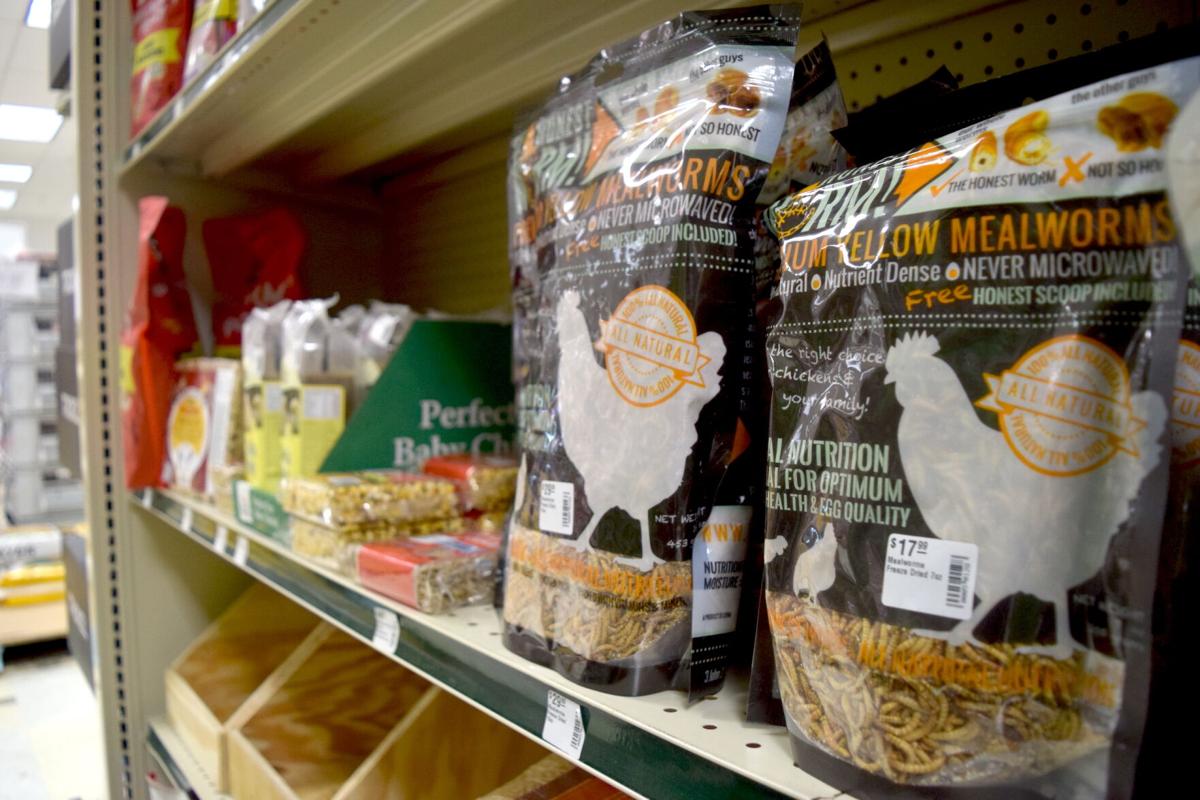 Chickens — and associated products — were among the top sellers at Guy’s Farm and Yard in St. Albans over the course of the COVID-19 pandemic. 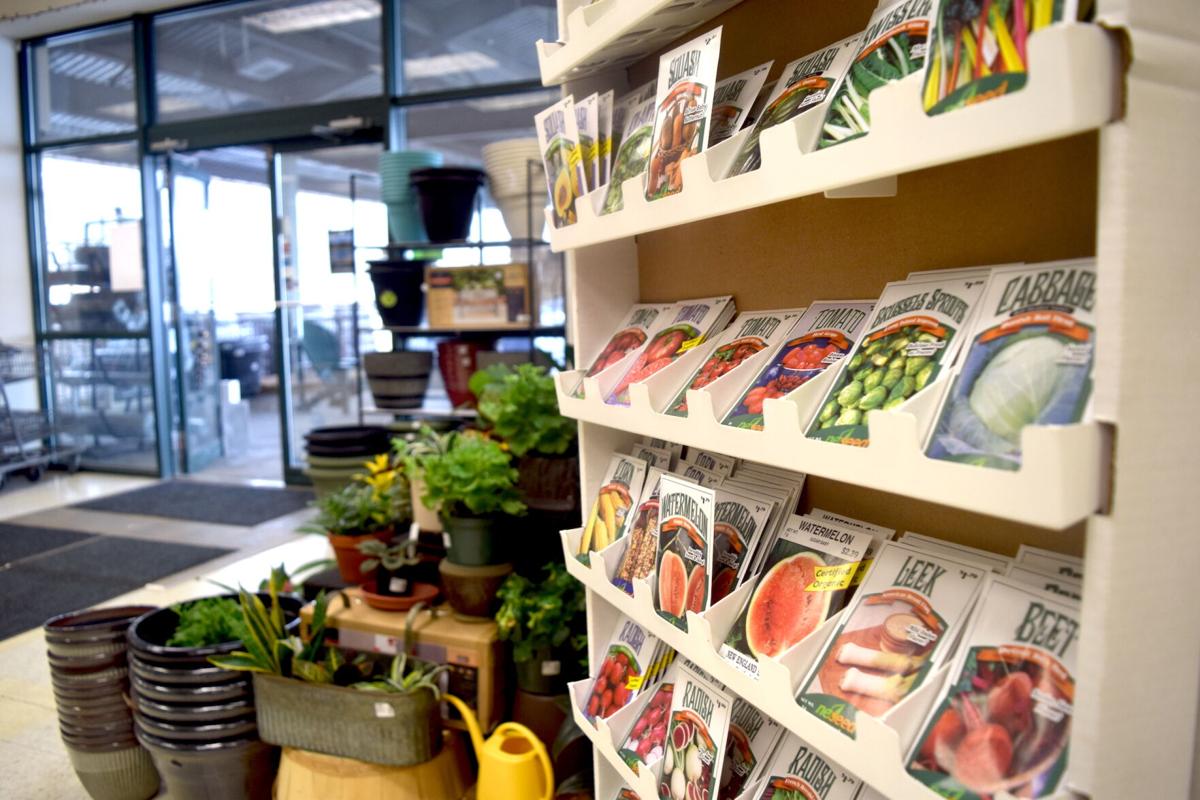 Seed packets are on display at Guy’s Farm and Yard in St. Albans. Seeds were among the most popular items for patrons at the store during the COVID-19 pandemic.

Mikayla Wilber, a sales associate at Guy’s Farm and Yard in St. Albans, waters some of the display plants.

Chickens — and associated products — were among the top sellers at Guy’s Farm and Yard in St. Albans over the course of the COVID-19 pandemic.

Seed packets are on display at Guy’s Farm and Yard in St. Albans. Seeds were among the most popular items for patrons at the store during the COVID-19 pandemic.

With the onset of the COVID-19 pandemic and subsequent social distancing guidelines — including working and spending more time at home — many throughout the state used personal home projects as a way to pass the time and stay sane.

And for many green-thumbed Vermonters, that meant bulking up the garden, beautifying the yard and planting more food that could be raised and consumed without having to visit the local grocer and be near other shoppers.

“Last year, we sold out of everything,” said Marilyn Pelletier, owner and manager of Breezy Acres Garden Center in St. Albans Town. “We couldn’t get any new products, and there was a huge outcry. Anything edible last year was gone in a heartbeat: tomatoes, blueberries, apples … And now seed pricing this year is out of control because of the oversell last year, now there’s a shortage. Buying seeds this year has been a hardship.”

Vermonters scrambled to find any homesteading materials they could to make trips to shopping centers as infrequent as possible, resulting in product shortages that drove retailers to scrounge for other varieties of their typical offerings when supply lines rapidly slowed or bottlenecked.

Guy’s Farm and Yard Assistant Manager Stephanie Gibson said typically the St. Albans Town store will begin taking orders for 700 to 800 chickens in February, but last year the store ordered about 2,000 and orders began coming in up to three months before the store was ready.

“We were pretty concerned that people would be going to online vendors and there’s a lot of competition online,” Gibson said. “But we were still busy last spring and we still had a lot of people coming in, specifically people coming in to buy from local stores. We’ve had a lot of support from the community this past year, which has been really nice.”

In addition to fencing, pet foods, chicks and soil, the farm store has also struggled to keep things like canning jars and lids on their shelves as many turn to homesteading and online videos teaching how to make jams, pickles and preserves if the skills haven’t been passed down by family.

“It’s been crazy already this year,” Pelletier said. “Anything we have had to reorder made of plastic has been slow to restock because of the plastic for personal protective equipment and face shields.”

“For us, everyone is in a rush. There’s a huge increase in people wanting everything to look and be beautiful.” — Marilyn Pelletier, owner and manager, Breezy Acres Garden Center

Farmers and home-growers may find that the plastic groundcover and covering for high tunnels and garden beds may also be slow to come in, as suppliers are still trying to restock and producers are juggling employees and material needed for their top-selling items.

Even local developers and contractors say that the cost of lumber and other items has shot through the roof because supply chains have clogged and do-it-yourself home improvements have become another creative avenue for Vermonters to tackle while they’re stuck at home.

Pelletier said she doesn’t expect the homesteading and home improvement boom to slow down anytime soon: many Vermonters are still in their homes most of the time and the events of the past year, combined with a very Vermont-like independence and distrust of large-scale food systems is leading to a fundamental shift in the culture and climate of the Green Mountain State.

“I think sometimes we depend a lot upon what others can provide us,” Pelletier said. “We need to learn how to grow and preserve our own. People are more aware of what’s in and on their food these days, and people are wanting to eat their own, to grow their own.”

Pelletier said that while Breezy Acres is enjoying a boom in teaching opportunities for new gardeners, she advised that Vermonters remain mindful of the region’s fickle weather as 70-degree days can often turn into frozen, frost-covered nights, killing off enthusiastically and optimistically planted garden beds.

“For us, everyone is in a rush,” Pelletier said. “There’s a huge increase in people wanting everything to look and be beautiful.”