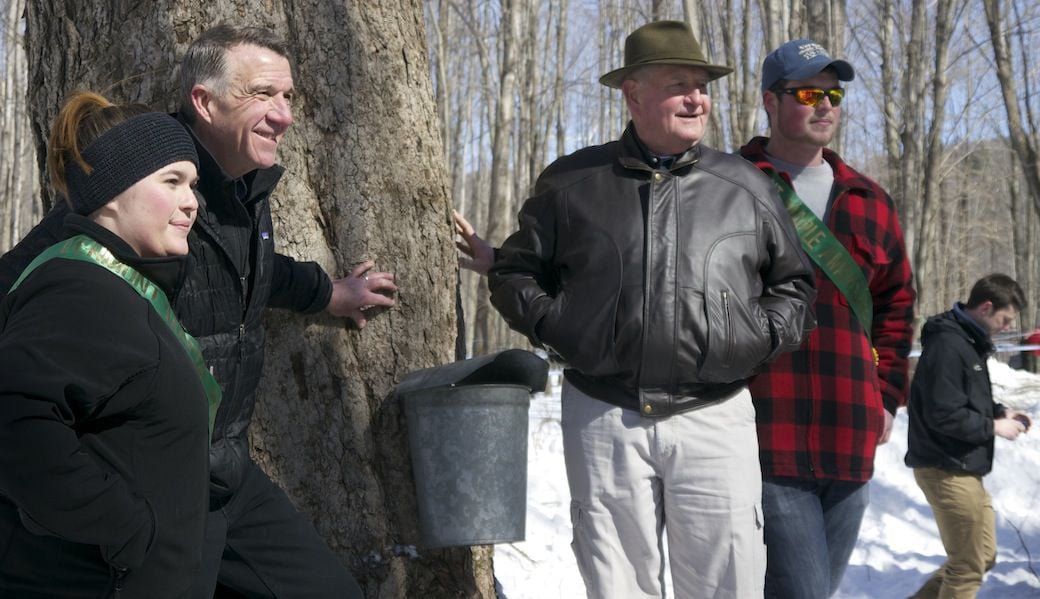 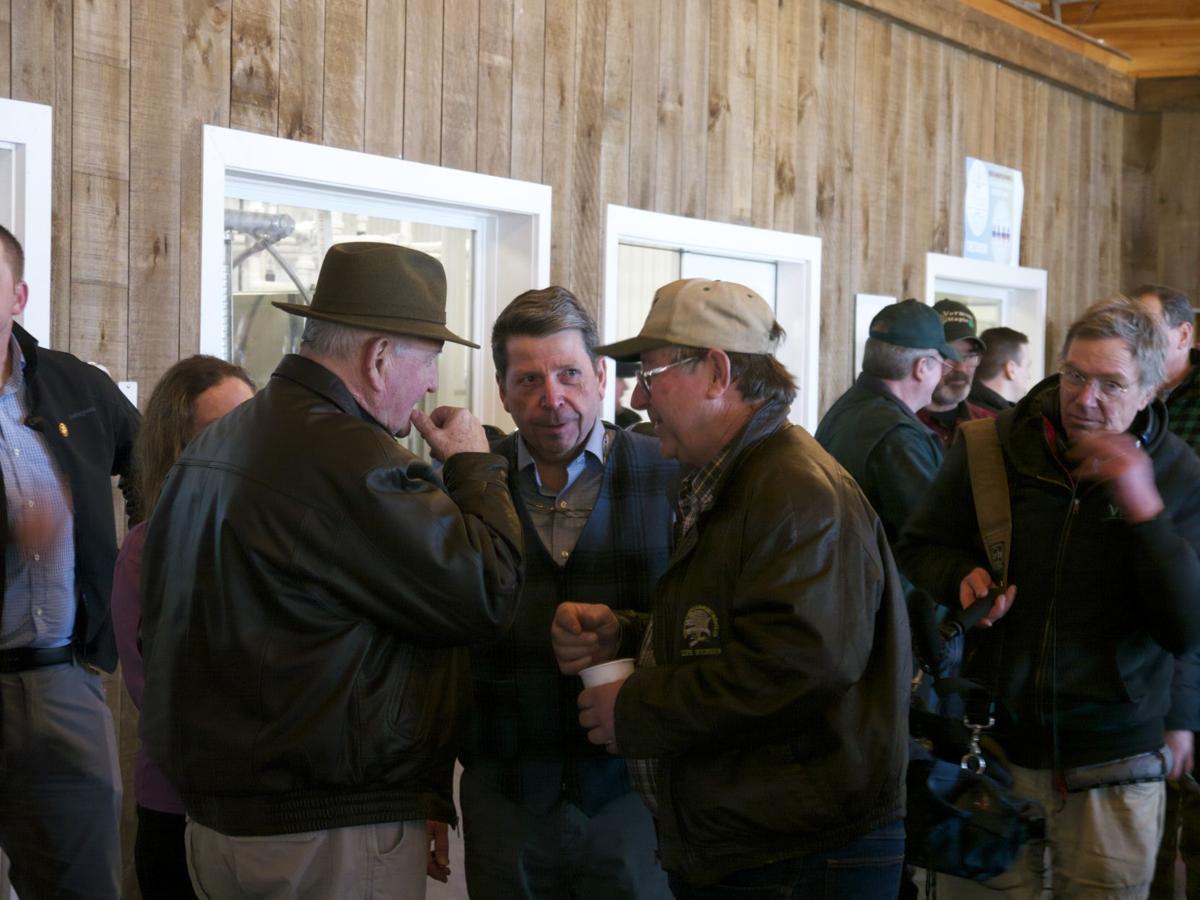 MILTON – Support for a nationwide supply management program is unlikely to come from the U.S. Dept. of Agriculture anytime soon, according U.S. Secretary of Agriculture Sonny Perdue.

Speaking at an annual tree-tapping ceremony at Georgia Mountain Maples, Perdue’s only stop in Vermont during his tenure as the national Secretary of Agriculture, Perdue dismissed implementing a national supply management program.

“The dairy industry is wide and broad in the U.S., and I don’t really see a lot of hope for a Canadian-type system… Look, when you’re under economic stress, you look for help where you find,” Perdue said. “I just don’t think the spirit of entrepreneurship and economic liberty in the United States really calls for a supply management system…

“Certainly there are marketing orders you can hope to do that. In fact, one of the things I caution to dairy farmers is don’t get out there and look at it and say ‘oh, I need to add more cows,’” Perdue continued. “That’s kind of what got us into this predicament here. We’ve got a lot less dairy farms, but we don’t have fewer dairy cows that you’re milking.”

A nationwide supply management plan was the explicit recommendation of the Vermont Milk Commission, which was tasked to explore the best means for stabilizing an ongoing oversupply of milk.

“The working group determined that any Growth Management Plant [sic] must be done at the National [sic] level,” the report read. “A regional level program would not manage enough milk volume to moderate volatility in the milk price… [and] exacerbate regional differences in milk production, management and political differences within the dairy industry.”

Dairy Farmers of America, a national dairy cooperative, has occasionally employed a base-system supply management among its western farms for at least 15 years. That system’s been brought up during conversations that ultimately led to the Vermont Milk Commission’s report.

While the USDA is unlikely to take up a national supply management program, Vermont Secretary of Agriculture Anson Tebbetts said there was still movement on the Growth Management Plan recommended by the Milk Commission.

“I think it’s important that we start the conversation,” Tebbetts said. “We don’t know where we’re going to end up, but the thought of doing nothing is not an option. We need to begin the conversation about changing how farmers are paid for their product.

According to Tebbetts, Vermont’s delegation has continued to voice support for the program and remained active in discussions around a supply management plan. “I think they’ve been at the table and they’re encouraged,” Tebbetts said.

Tebbetts cited two specific conferences coming in April where dairy farmers are expected to take up a discussion of the Milk Commission’s recommendations and ways to weather the ongoing slough in dairy prices.

When Perdue originally announced his plans to visit Georgia Mountain Maple as his sole stop in Vermont, the decision drew criticism from Vermont’s dairy farm community, which continues to shrink under the pressure of low milk prices.

“I understand he probably doesn’t feel the need to meet with farmers here,” said Bill Rowell, the head of the Vermont Dairy Producers Association and a Sheldon farmer, adding Perdue had probably heard from the dairy farmers in his native Georgia struggling with the same oversupply.

“He has some powers as Secretary of Agriculture. It’d be nice to see him use them to help the farmers,” Rowell said.

Perdue, questioned on whether or not he had met with dairy farmers, said “I’ve talked to several of them, and certainly dairy’s one of those agricultural sectors that have been under extreme duress over the last few years – milk prices and unfair trade practices that we’re trying to correct with the U.S. – Mexico – Canada fair trade agreement.”

Said trade pressures were exacerbated this past year when the Trump administration slapped tariffs on several longtime trade partners, with retaliatory tariffs set against U.S. agricultural products – including dairy.

The USDA administered tariff-relief to alleviate some of the damage from those trade wars. For dairy the relief was the equivalent of raising the price of a pound of butter one cent, according to dairy economist Bob Wellington, a fraction of farmers’ losses. One farmer, speaking with the Messenger last year, compared that relief to a “slap to the face.”

“The good news is help is on the way – we’re expediting the rules out of the Farm Bill that will give some relief to dairy farmers,” Perdue said. “The margin protection program is there… and we’re implementing that.”

“The actual safety net will come out in the middle of June. These farmers have had it tough… but if they can just hang on to the summer… help’s on the way.”

While the itinerary for Perdue’s visit warned a half-hour of press time with officials at Georgia Mountain Maples, actual time for the press conference was halved to 15 minutes and otherwise focused on hemp and maple.

A fuller story on the event, celebrating the maple industry, will be featured in later coverage in both the St. Albans Messenger and the Milton Independent.