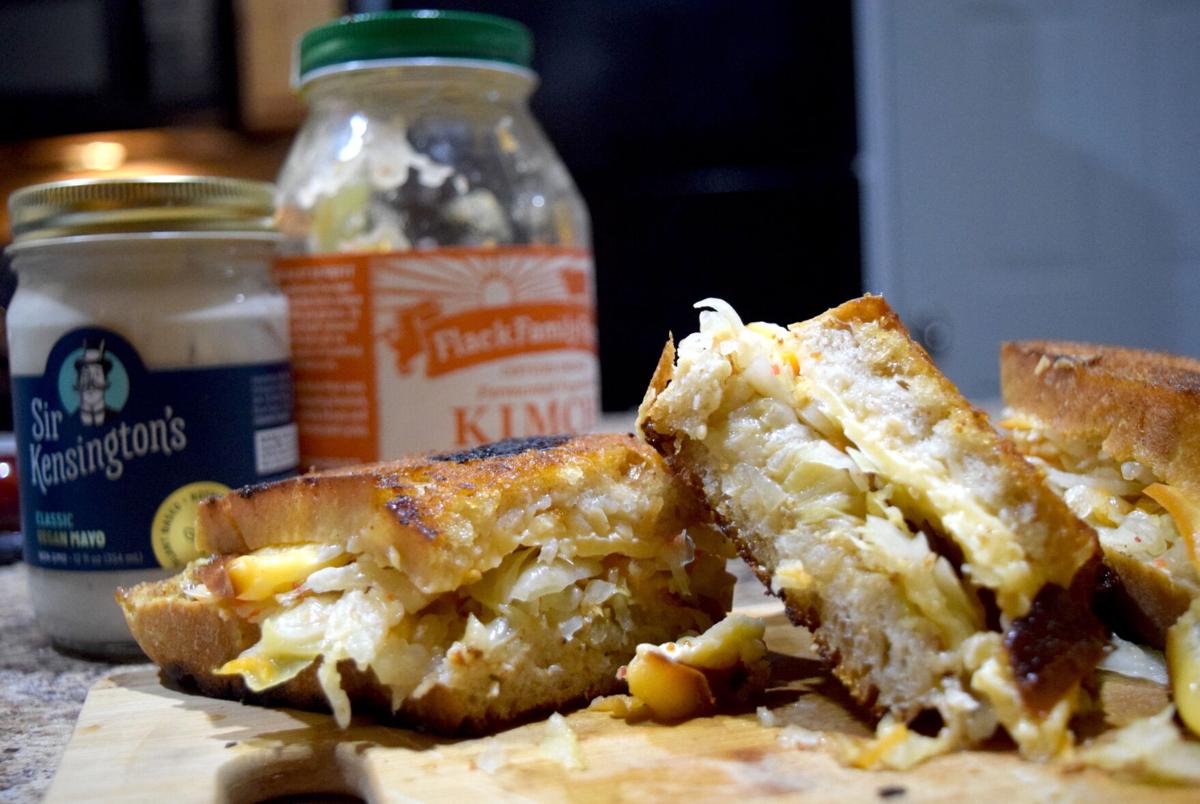 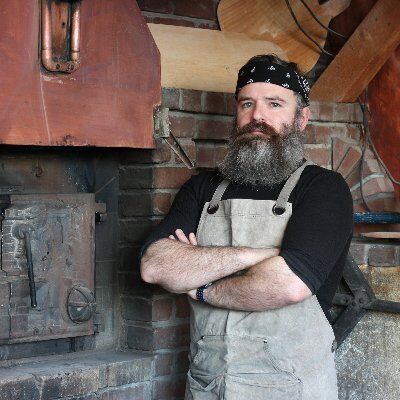 Trent Cooper poses for a photo.

Trent Cooper poses for a photo.

His loaves of sourdough are a joy to eat — a firm crispy crust gives way to a soft, springy interior with flavor that complements a variety of toppings and accompaniments. Slice it up and toast to make perhaps the best grilled cheese on this planet.

But baker Trent Cooper is anything but your average breadwinner. Originally from Washington state, the master baker moved to Florida as a teen and got a job making pizza.

The baker and the beginning

“I wasn’t the most studious person,” Cooper recalled during an interview Thursday. “I went to college and failed. I barely graduated high school ... The only job I could get was delivering pizza at age 20.”

Making and delivering pizza, Cooper said, was a catalyst for a deeper, inherent drive. No matter what skills they were, he said he wanted to hone them, and to be a master of his craft, whatever the craft may be.

“I wanted to build a better pizza oven,” Cooper said. “Then I came across a bread oven, and I thought ‘pizza is bread.’ So, I wanted to make better bread.”

Cooper started researching bread makers and came across Gerard Rubaud, a baker he said was known as “the old Frenchman,” who happened to be a master baker in northern Vermont, and later began apprenticing with him at age 28.

Place a generous 2-3 (or more) tablespoons of butter in a skillet to melt over medium heat.

Slather one side of a slice of bread with mayonnaise, and top with slices of cheese on top of mayonnaise. Place slice dry-side down into skillet, cover to melt cheese.

On the other slice, slather with sweet brown mustard.

Once cheese has been sufficiently melted, top with kimchi (as much as you want) and second bread slice, mustard-side down so that the top of the sandwich is dry. Keep sandwich in the pan while assembling.

Add 2 more tablespoons (or more) butter to the pan, and when the bottom slice is caramel-colored and crispy, flip the sandwich so the dry side is down in the melted butter.

Fry the flipped sandwich until the second side is caramel-colored and crispy.

“That was the hardest thing I had to do at that time in my life,” Cooper said. “I left a job as manager of two pizza locations, had 110 employees, $4 to $5 million in sales per location per year.”

After rehoming his pets, Cooper sublet his apartment, packed up his Buick and moved everything he had to Vermont, where he studied with Rubaud for four months in the winter of 2013, living above a little bakery in Westford.

“I liked the way he talked ... There was a mysticism about him,” Cooper said of Rubaud. “He was on a higher path to bread enlightenment. He tries to see how good he can get. So, I wanted to see how good I could get.”

After four months, though, the stern, principled Rubaud was convinced he had taught Cooper everything he could teach him in the art of making pain de campagna, or peasant bread.

So, it was time for Cooper to go.

Cooper ended up sleeping in his car in Burlington for weeks, cuddling with cans of chef boyardee to make sure he had defrosted his breakfast in the morning until a friend invited him down to a sugaring farm in Pennsylvania. For awhile it seemed like his friendship with Rubaud had come to an end.

While staying with family in Florida, Cooper almost melted his mother’s brand new kitchen while trying to fashion a bread oven out of a conventional one. He entered his own pain de campagna in the Florida state baking competition, and said he took second place in his category despite being the only entry in the “naturally leavened bread” section.

After years of making bread and working in restaurants, including the renowned former Reading Room in St. Petersburg, Florida, Cooper found out in the summer of 2019 that his old mentor had passed away.

Upon reaching out to offer condolences to his family, though, he was told no one had taken up the mantle of Rubaud’s infamous, traditionalist, world-class baking tradition.

Cooper decided he would return to Vermont to keep the wood-fired oven burning on Rubaud Road in Westford.

Once again, Cooper packed up all of his belongings, said goodbye to his friends and family, and returned to the fateful place where he found his master and his craft.

“I drove up in my two-wheel drive Florida truck, the heat wasn’t working ... I got stuck eight to nine times last winter,” Cooper said. “I would take bread from the oven, put it in the cab in the truck to defrost the windows before I went to make deliveries.”

Five days a week, Cooper makes 500 loaves of pain de campagna in Rubaud’s wood-fired oven, which measures 11 feet tall, 9 feet wide and weighs 100,000 pounds. He said it takes over a week for the fire get up to temperature and three weeks to cool down.

After the pandemic hit, Cooper was alone in his bakery making his bread, but with restaurant closures all around him and people in need of inexpensive food, Cooper once again took to the internet and offered free, freshly made bread to anyone who needed or wanted it.

“I know what it’s like to be poor,” Cooper said. “And we have all this bread! The community jumped behind me and most people donated money, or helped me stack wood, deliver for free ... King Arthur donated over 1,500 pounds of flour!.”

Right now Cooper said he doesn’t have the means to travel to King Arthur Flour to pick up their next donation of supplies, but he will find a way to keep the hearth burning for his community, for his mentor, and for his craft.

“I had to keep this traditional process alive,” Cooper said. “You do the best job you can at a fair price for people, and you have to care ... As long as I can, I’ll hold out this traditional method and keep passing it on.”