You are the owner of this article.
Edit Article Add New Article
Subscribe | Sign In
Home
News
Sports
Classifieds
Obituaries
Editorial
Business Directory
Things to Do
About Us
e-Edition
NEWSLETTERS
1 of 5 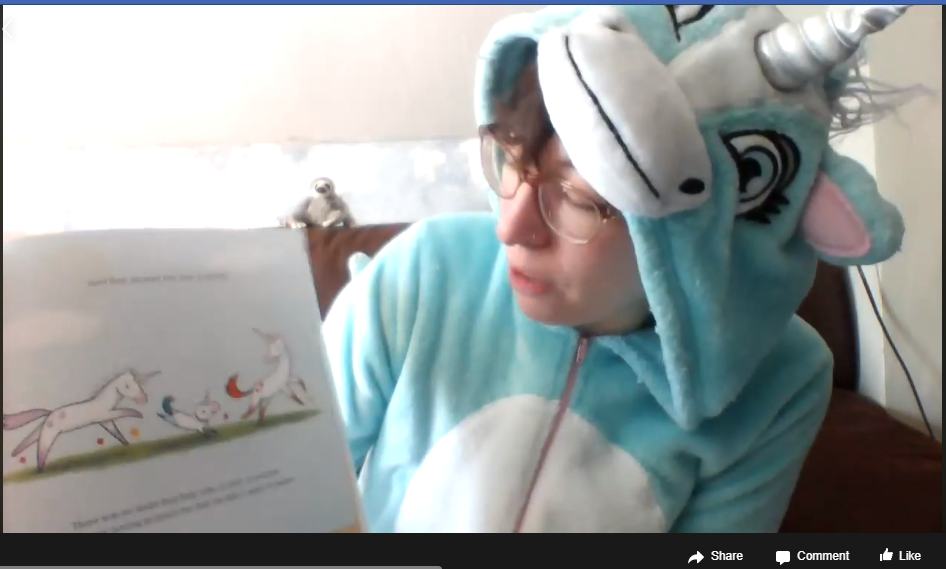 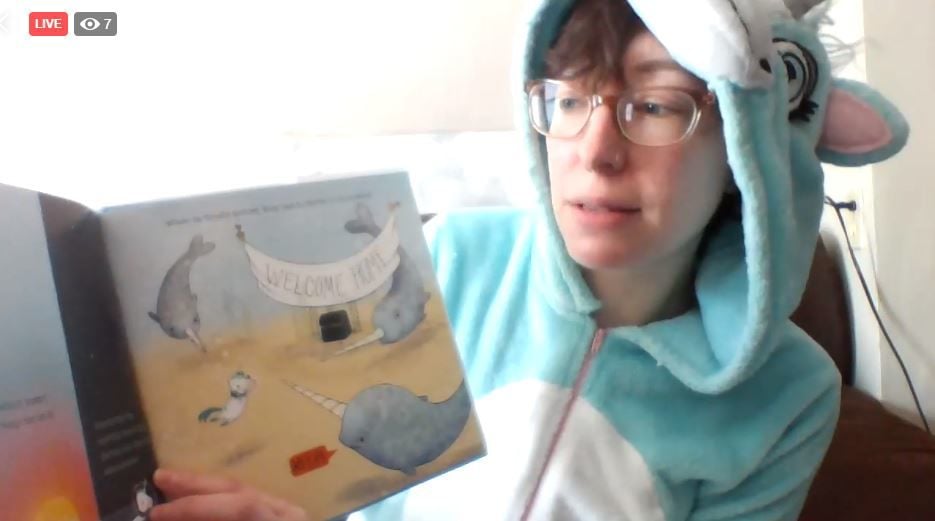 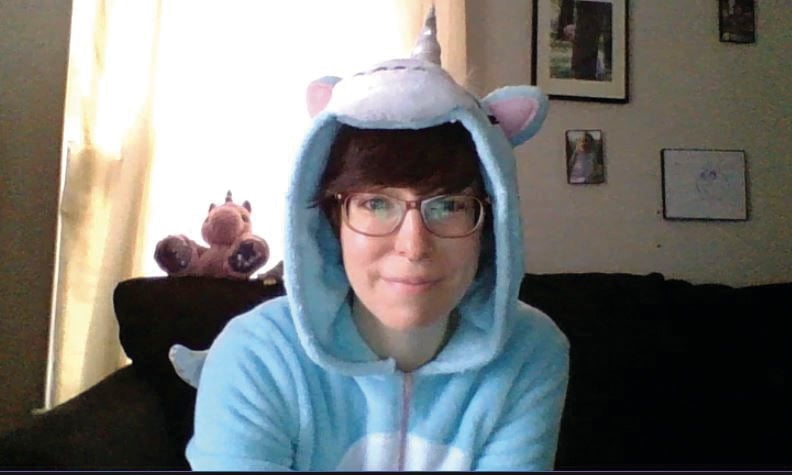 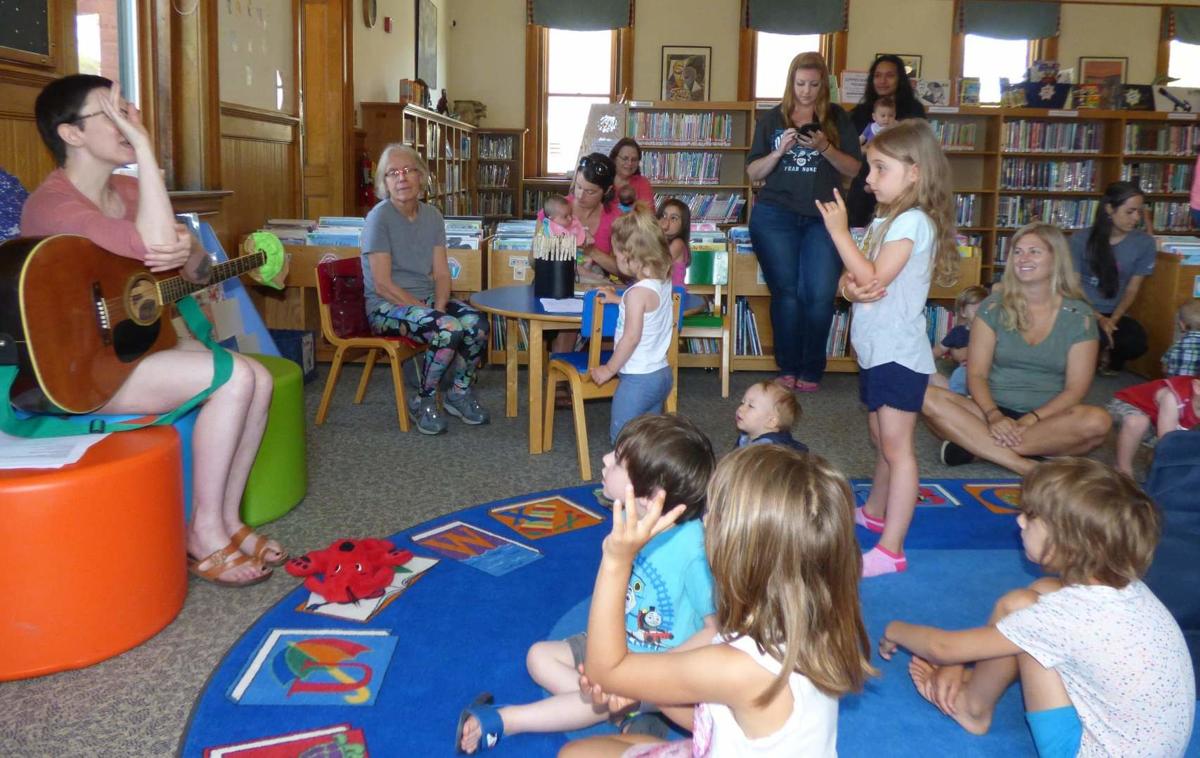 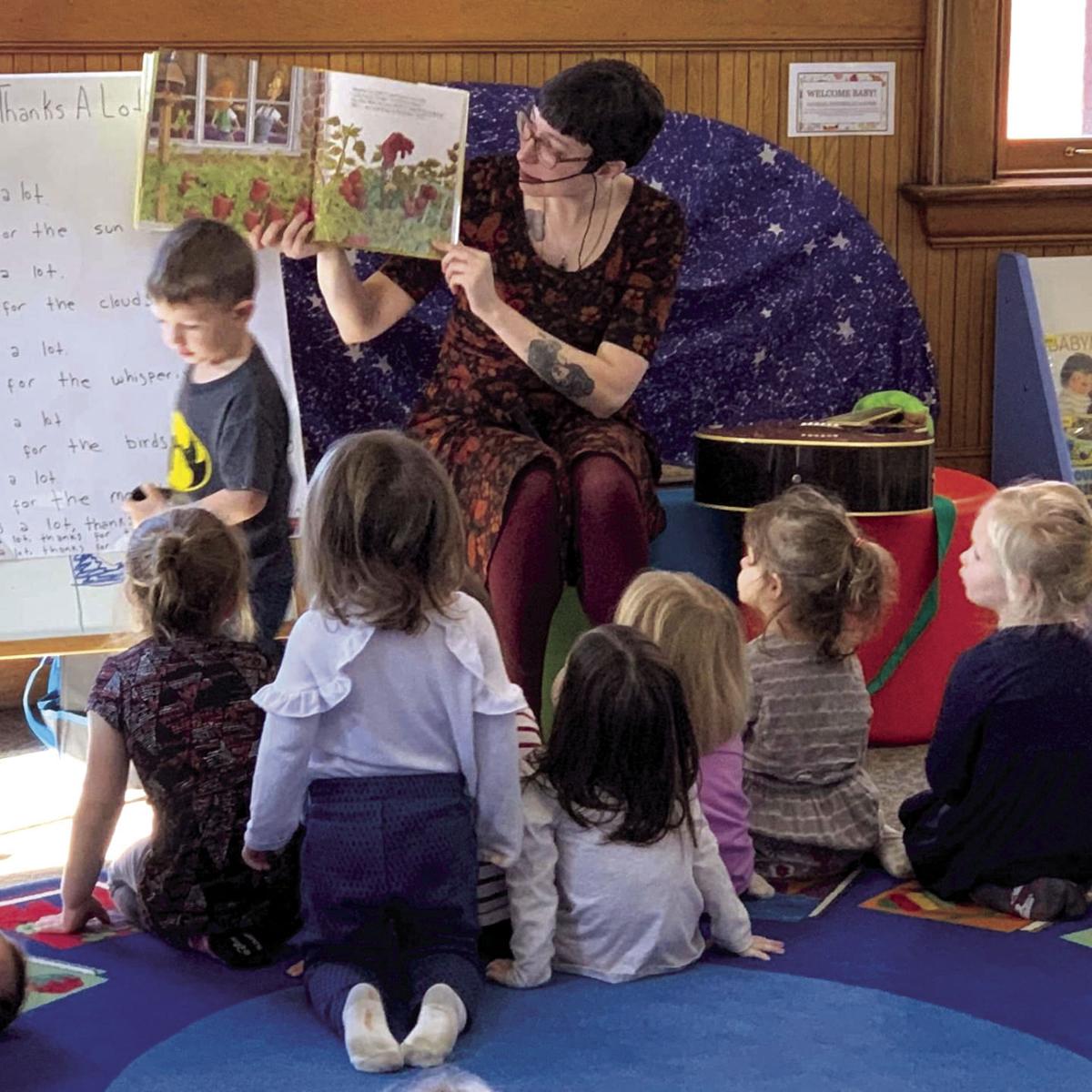 ST. ALBANS — It started as a way to stay in touch with her stepdaughter while self quarantining. It turned into a way to share music, stories, and fun with children who are stuck at home and parents who are looking for new ways to help pass the time.

‘It’ is the online engagement that kids from across the world can now enjoy by tuning into a Facebook page facilitated by local librarian Flora Whitmore.

Whitmore, a 2004 Essex High School graduate who is now a youth services librarian at St. Albans Free Library, has recently created the page Miss Flora’s Polka Dot Playground where she brings her whimsical and self-proclaimed silliness to life for her viewers on the web.

The former music therapist had been facilitating similar events at the library since she was hired a year ago, but the coronavirus pandemic forced her to take her talents out of the building. She admits that it wasn’t a novel idea, but one that she could implement considering the current global situation.

“I was watching and reading emails from people saying, ‘This is what’s happening in my library in my town,’” she said. “And people really rallied; it was a call to arms. All these people saying, ‘You can’t come to us physically, so we’re going to come to you.’ And I thought: Okay, well I need to do something like this as well. I’m really proud to be a part of it. The power of people being determined to not give up and spread education, I thought, was incredibly cool and important.”

After the St. Albans Free Library shut its doors to the public following the announced closures of schools two weeks ago, certain staff members were still scheduled to work in order to perform duties such as routine maintenance of the book drop and checking the mail. However, Whitmore’s medical condition caused her to immediately be sent home and put into self-quarantine.

In November 2017, Whitmore was diagnosed with neuroendocrine cancer--causing her immune system to be compromised and making her high-risk at contracting and struggling with diseases such as COVID-19. When coronavirus cases started to become more prevalent across the country and into Vermont, Whitmore and her family decided it was best to distance her from everyone else, including her beloved stepdaughter.

That led to nightly video calls for the two to interact and gave Whitmore the sense that she could utilize the same method to share her passion for working with children, despite not being in the same room as them.

She also said that time was a factor after it was announced that schools, and thus the library, were going to close and thought that she could adopt what she had seen from others to continue educating and entertaining children.

“Since [the library was] still trying to configure how outreach to the public was going to work, there really wasn’t enough time to come up with a plan for me,” Whitmore commented. “And by the time we started discussing, it was decided that we were going to go in a different direction because there’s just too much else going on. So I thought: I’m at home, and I have friends and family across the country who need this. Why not take the skills I have and model it on what other people are doing? Let’s present it as this resource and see what happens.”

What happened was that Whitmore saw an influx of viewership which squashed the audience numbers she had experienced in the library. While she estimates that she would see an average of 10-15 kids during Monday’s 10:30 a.m. Music and Movement and up to 25 kids during Thursday’s 10:30 a.m. story time slot, Facebook statistics show that she had 58 and 114 views this week, respectively, during her live broadcasts.

Whitmore is anything but robotic while reading books during story times--leaning on the improv theater background she garnered in high school. On Thursday, she donned a unicorn onesie while reading stories about the magical creatures.

As many people who are needing to move their work to online and videoconferencing platforms have seen, Whitmore experienced some technical troubles during her first week. Thursday, her first attempt led to audiences being able to hear her clearly--but seeing a frozen screen. The storyteller shut down the feed and rebooted it, starting her second attempt by saying she had tried five different devices including computers, phones, and even her shoe. “The shoe definitely didn’t work,” she quipped. “No wifi on a shoe.”

Additional troubles she faces is the copy writing of books she wishes to read. Facebook has shut down or limited others who have been trying to do similar broadcasts without consent from authors or publishers, but Whitmore says she has done some research and believes she’s okay as long as she removes the archived videos shortly after they are finished being shown live.

As far as the future--once the pandemic slows down or comes to an end and if she’ll continue with Miss Flora’s Polka Dot Playground--Whitmore says, “I’m open to any direction the wind takes me at this point. I’m very curious to see how all this unfolds. There are a lot of unknowns.”

She also wanted to specially mention her supervisors and coworkers and how much they have been there for her over the last couple weeks.

“My library has been incredibly supportive and helpful,” she said. “I couldn’t ask for better employers, honestly. They’ve just been so wonderful. And my boss has been exceedingly-invested in helping me--which is great.”