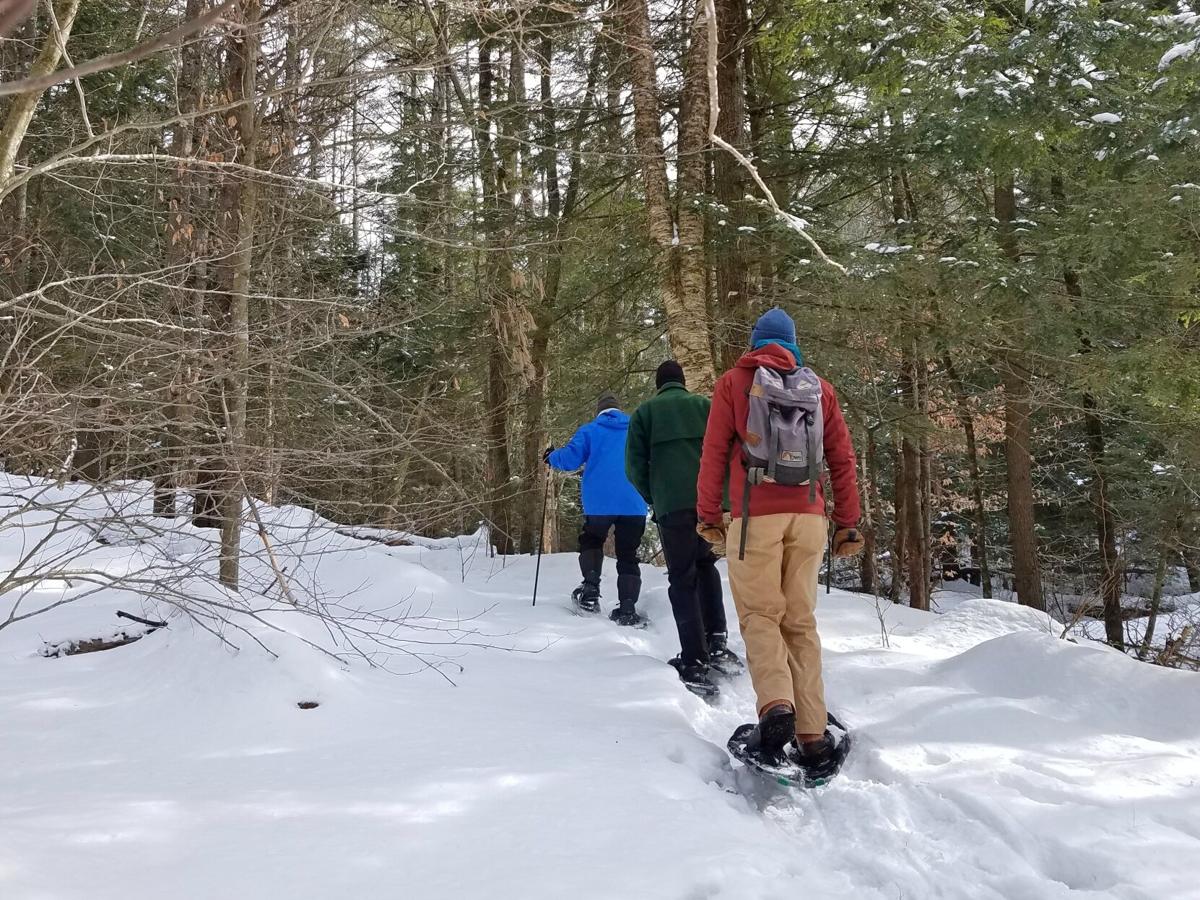 Sally Laughlin leads Brad Greenough and Gannon Osborn, of the Vermont Department of Forests Parks and Recreation, on a snowshoe through the new Peter A. Krusch Nature Preserve in 2019. 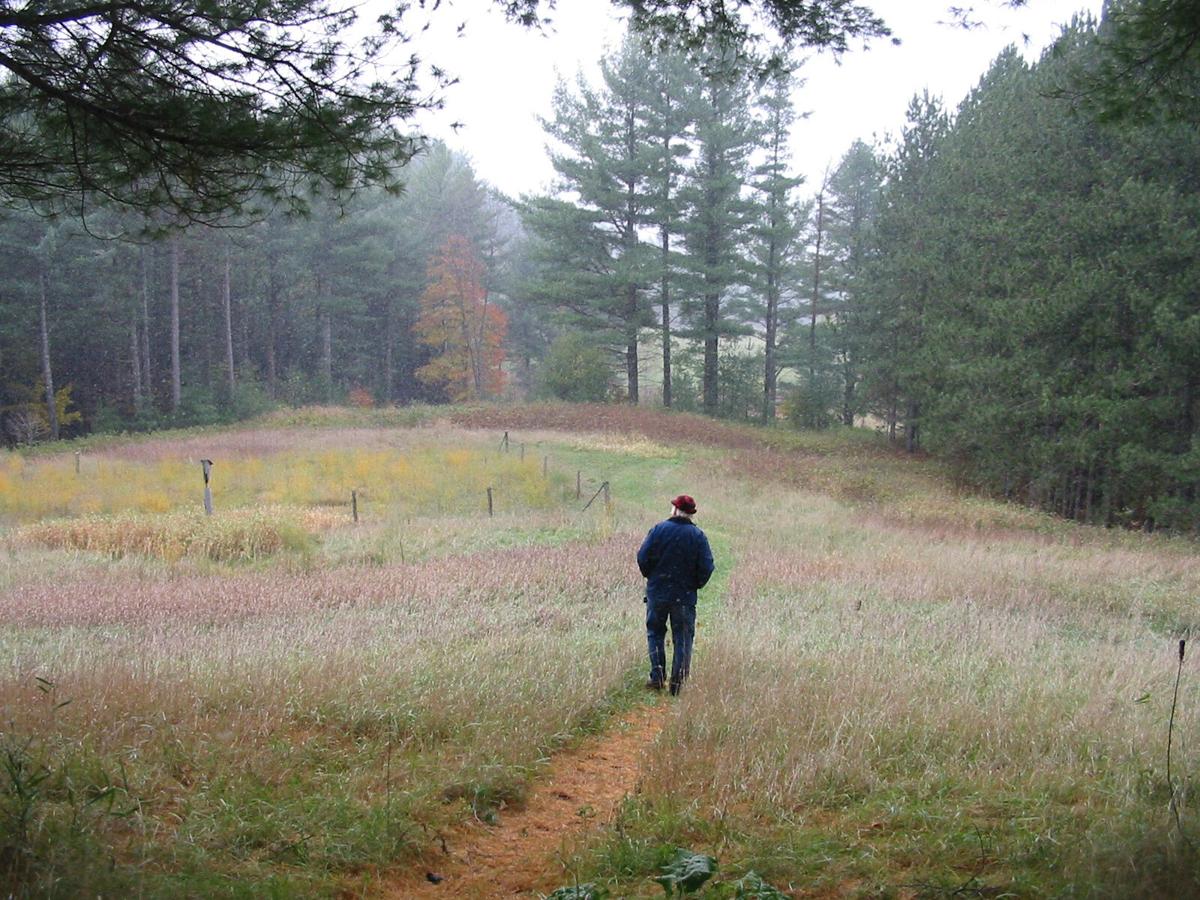 Peter Krusch walks in the nature preserve. The land will be maintained by the town and a dedicated group of volunteers. 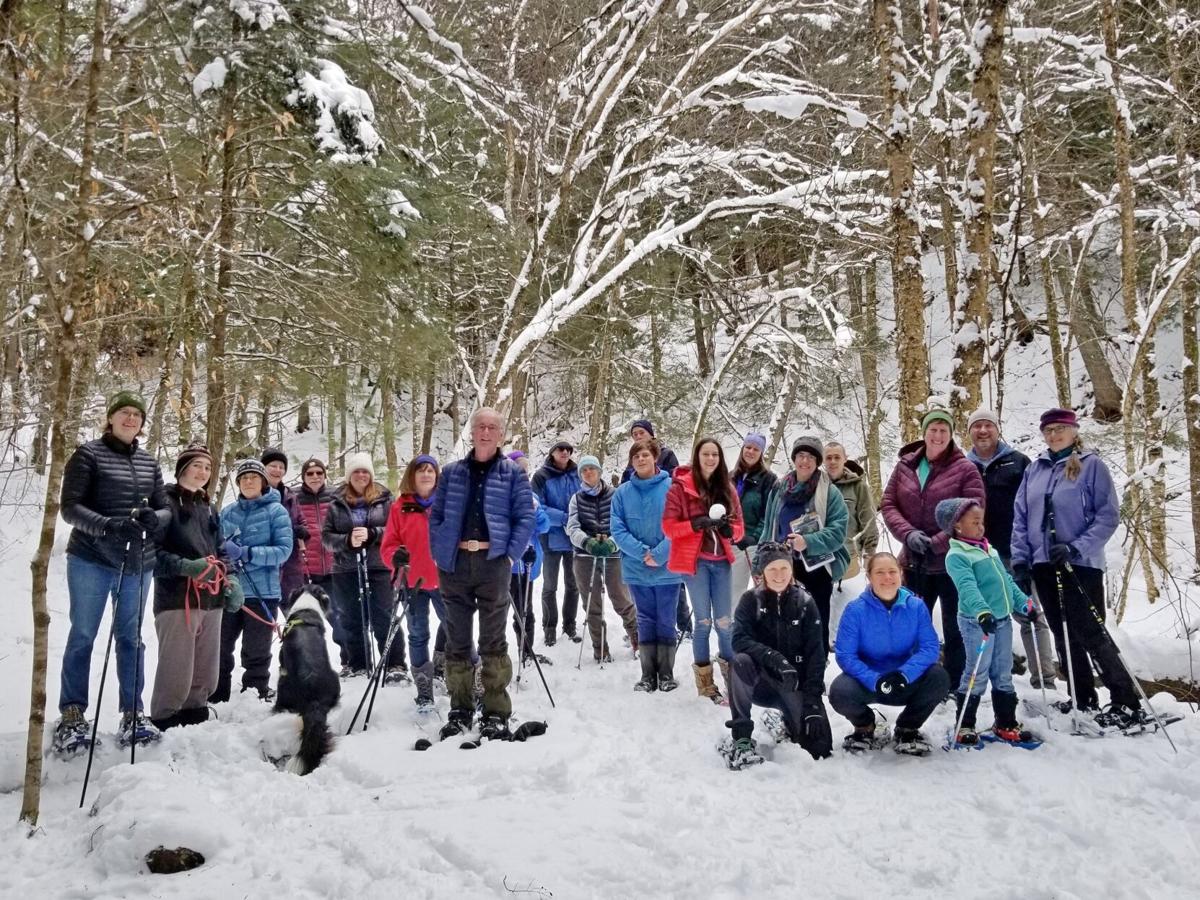 Community members on a public walk in 2019 on what is now the new Peter A. Krusch Nature Preserve. 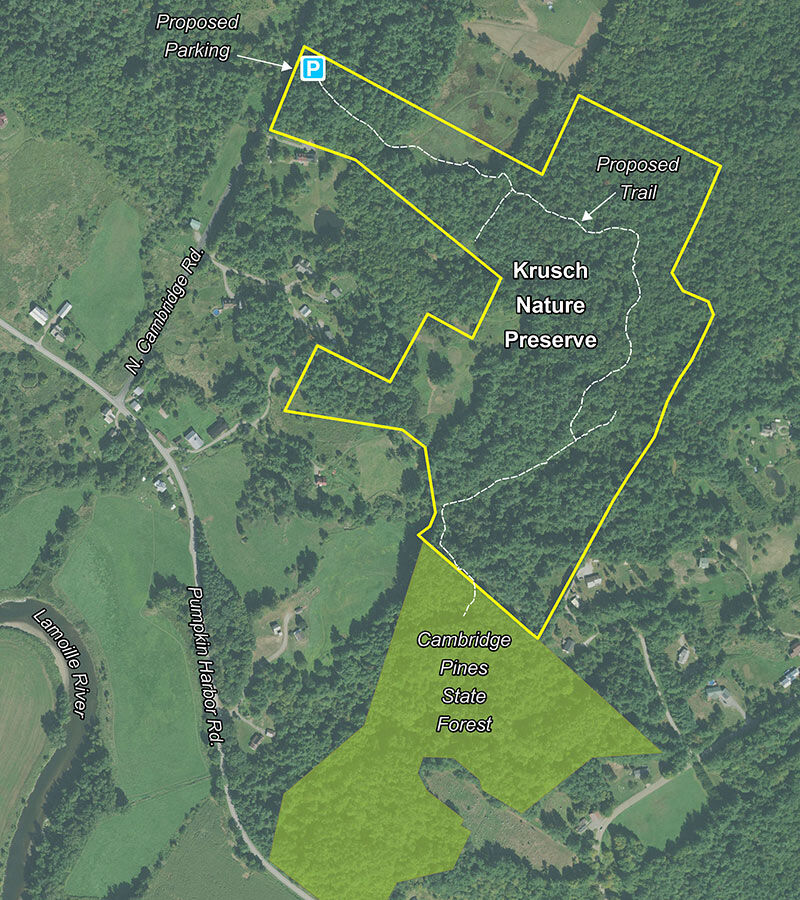 CAMBRIDGE — Just over the ridge of Mount Mansfield and north of the Lamoille River, a new 51-acre preserve will soon offer another nearby place to explore nature.

The Peter A. Krusch Nature Preserve will be established by the Town of Cambridge in 2021. Last week, the town acquired the former farmland from Sally Laughlin, who worked with the Vermont Land Trust (VLT) and the Cambridge Conservation Commission to create the new community resource.

Named after Laughlin’s late husband, the Krusch Nature Preserve includes forest, meadows, streams and ravines. Its conservation easement, or legal protection, is held by the VLT and the Vermont Housing and Conservation Board.

Bob Heiser, VLT’s regional director of the Champlain Valley, said after a few renovations the preserve will be open to the public for a number of recreational activities.

The site is about a 15-minute drive from Fairfax and 30 minutes from St. Albans.

The continuation of a legacy

Krusch purchased the farm and forestland in the 1950s and maintained the land for 60 years, according to the VLT. He regenerated overcut woodlands, practiced sustainable logging and grew his own food.

In a press release, Laughlin said it was her husband’s dream to have the land conserved and opened up to the public.

A conservationist herself, Laughlin co-founded the Vermont Institute of Natural Science and was its executive director for 18 years. She was also a member of the Vermont Endangered Species Committee for over 30 years.

While Laughlin donated the majority of the value of the land, a grant from the Vermont Housing and Conservation Board and donations from over 130 community members made the acquisition possible.

“There was a very dedicated group of local community members who helped raise about $80,000,” Heiser said.

That money will be used to create a Management Fund that will help cover the town’s initial management costs.

The Town of Cambridge is currently creating a plan for managing the site. Going forward, It will be maintained by the town and a dedicated group of volunteers.

Next year, a parking lot is scheduled to be built off of North Cambridge Road. The lot will provide hikers and other users access to both the nature preserve and the adjoining Cambridge Pines State Forest.

A trail will wind from the parking lot through a meadow and a forest of Hemlocks, across various streams and end at a waterfall.

A home for important wildlife

“It’s a diverse property that is really impressive on its own, but also in the improved access it adds to the Cambridge Pines,” Heiser said.

Cambridge Pines is one of Vermont’s few examples of old-growth forest, or forest that has obtained great age without significant disturbance.

The largest Hemlock in the forest is more than 300 years old, and no significant logging has occurred there since 1860, according to the Guide to the Ancient Forests.

Today, less than 1% of the old-growth forest in New England remains.

In addition, the Krusch Nature Preserve’s large, connected areas of woodland give animals that require space to roam, like bear, bobcat and moose, the space they need to thrive. The land’s interior forest also provides shelter for nesting birds, according to VLT.

The types of recreational uses allowed are still to be determined by the Town of Cambridge, but Heiser expects walking, hiking and birdwatching to be popular.

Where is the Peter A. Krusch Nature Preserve?