ST. ALBANS CITY — An intoxicated man, a vandalized vehicle and a found wallet: these are just a few of the calls police responded to recently.

7:49 p.m. There was a report of an intoxicated man on South Main Street.

7:04 p.m. There was a report that a woman was being yelled at on Hampton Lane.

6:54 a.m. A vehicle was reported vandalized on Congress Street.

5:53 a.m. A loud barking dog was reported to be causing a nuisance on Lower Welden Street.

8:59 a.m. A house was reportedly vandalized by being egged on Brainerd Street.

12:15 p.m. A dog without a leash was reportedly seen in the area of Lincoln Avenue and Rugg Street.

1:03 a.m. A tenant of a building was reportedly making noise on Russell Street.

12:38 p.m. There was a report of a smashed forklift window on Aldis Street.

9:36 p.m. There was reportedly the sound of loud vehicle mufflers on Bank Street.

4:49 a.m. There was a report of a man urinating in a parking lot on Lake Street.

6:35 p.m. Someone stole from a buffet, according to reports. 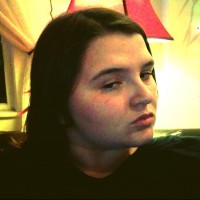