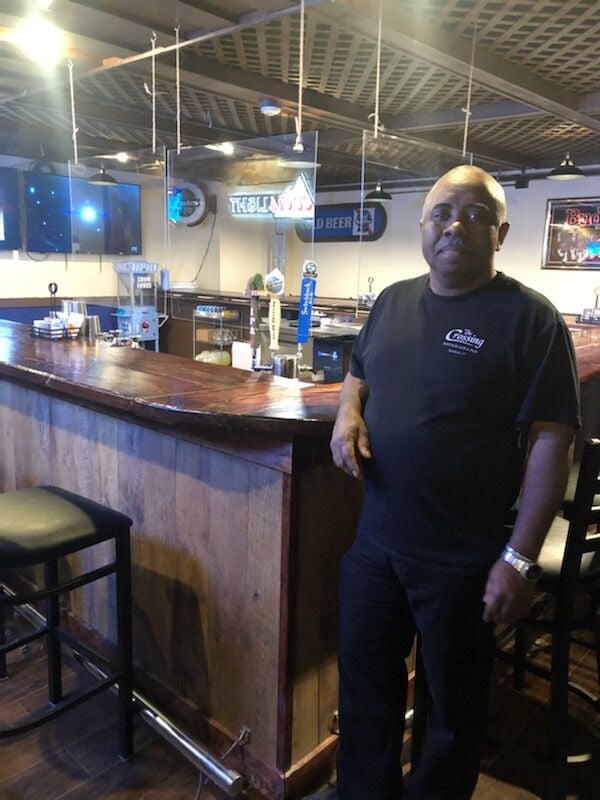 Silius Simmons bought The Crossing in Richford last fall and has worked to revamp the old Canadian haunt while keeping some of the classic touches. 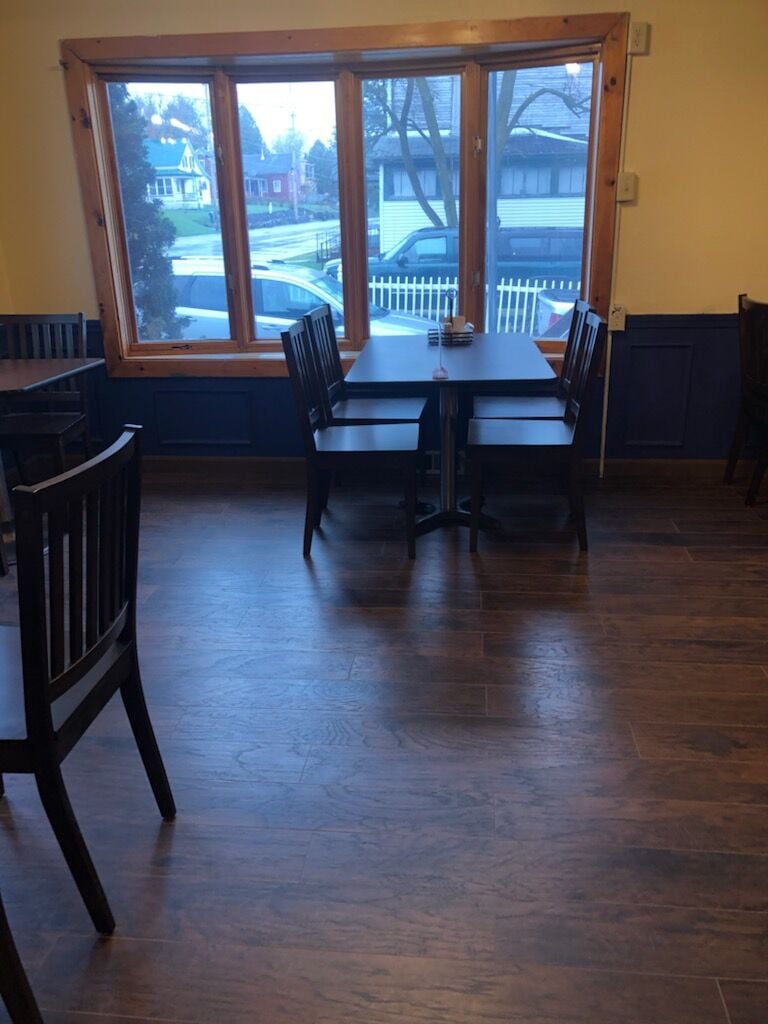 The Crossing Restaurant, which opened in the early '60s, has been revamped.

Silius Simmons bought The Crossing in Richford last fall and has worked to revamp the old Canadian haunt while keeping some of the classic touches.

The Crossing Restaurant, which opened in the early '60s, has been revamped.

RICHFORD — Don’t let the Caribbean influence or the heavy accent fool you, because Silius Simmons will make it clear that he’s not from Jamaica.

“Everyone thinks I’m from Jamaica. I’m from St. Vincent!” says the owner of The Crossing, a restaurant in Richford.

Both countries have their own unique cuisines and both were powerful forces of resistance against British colonization in the Caribbean. However, the 32 islands of St. Vincent and the Grenadines and Jamaica are 1,123 miles away from each other and they have very different styles. Something Simmons is proud of.

“When I was a kid, my mother used to make and sell spice products to the supermarket. She made seasoning and hot pepper sauce. I learned early that with spices, you have to try things and remember what you do,” says Simmons.

“I used to help my grandmother in running the business when I wasn’t in school. One thing I remember is she told me, even if you own a business, you have to buy it. If you don’t buy it you’re losing money,” he says.

At 21, Simmons left St. Vincent and got a job working with the Carnival Cruise line, where he says he got his culinary training. He also learned to try things out on his customers.

“It’s something that you won’t see every cook admit, but I like to refine my food, teaching people the different flavors from the Caribbean until they get to like it,” says Simmons.

The use of spices and peppers infused with common and uncommon ingredients and presented in a relaxed fashion is what he’s good at.

Simmons’ signature is the Caribbean Burger.

“I take plantains and mash them and make a plantain patty and cook the burger separately. I take the jerk aioli and put them together with bacon and plantains,” he says.

But it doesn’t stop there.

“We were using seasoning and one day I just thought … let me try some maple syrup and it tasted great, so I said I’m going to put it in a burger,” he says. “I keep constantly thinking of different things. Mixing different combinations of things. I tried different ways of combining different products and making something from it.”

Simmons’ immigrant story starts on his first visit to New York with his father in 2001. He visited Vermont in 2002 and quickly found acceptance.

“I used to stay in my pops’ house in Fairfax and my cousin came over and said, ‘Let’s go to the night club.’ I had never been anywhere, so I went and I met my wife. We started talking and then it continued until we got more serious and we got married in 2003,” he said.

After managing KFC and Taco Bell in St. Albans for 13 years, Simmons decided to venture out on his own.

“84 Main was for sale. I went to Boston once and was in a Dave & Busters and saw that they had TVs where they could view six different things at once, so I used a home equity loan and I redid most of the building. I repainted the interior and made it into a sports bar,” he said.

A couple years later, Simmons heard about The Crossing in Richford. It’s traditionally been an old school Canadian haunt known for its marinated chicken del monico as well as its cheese curds and gravy. A last stop before the border or a first stop back into town, Simmons says the poutine is still there but with a little flare.

“Those products are unique to this restaurant. Marinated steaks and marinated chicken. I realized not everyone can buy a steak. That’s why I brought in tacos and burgers and the wraps, which people will enjoy and they can afford,” he said.

Simmons revamped the entire restaurant, adding a bar and a soon-to-be-completed pool hall.

During a recent visit, Calypso styles echo through the restaurant. Silius has also added a dance hall and hopes that it will soon be occupied.

“My hope for The Crossing is to create a place where the people of Richford can come and have fun. Somewhere they can go without having to go out of town to be entertained,” he said.