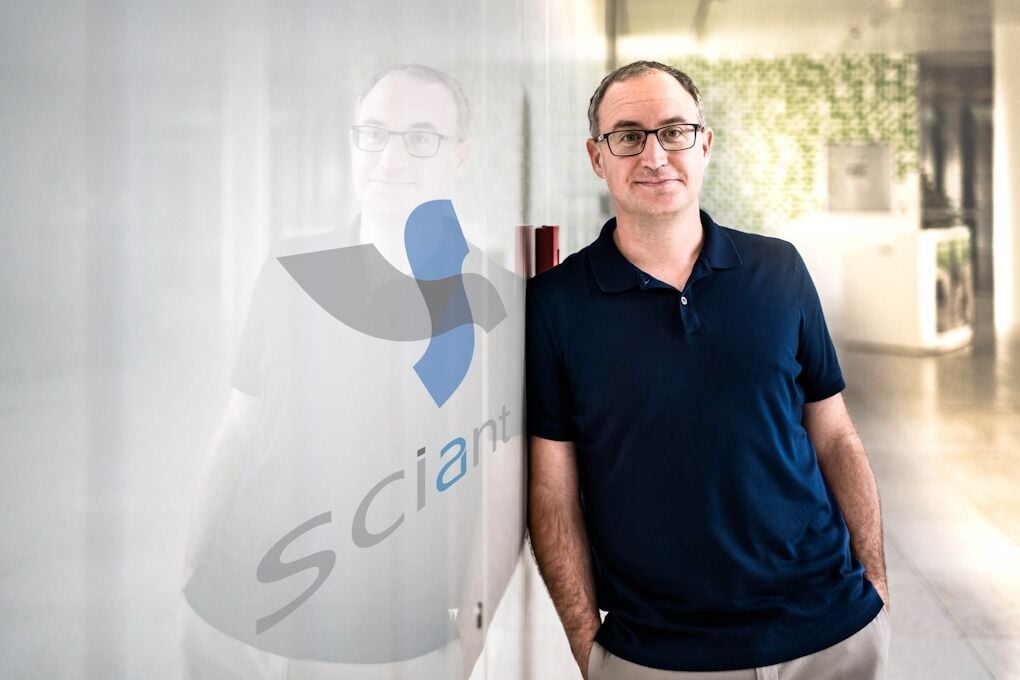 Sciant, a company founded by Stephen Burke, of Richford, was just named one of the fastest growing companies in Europe. 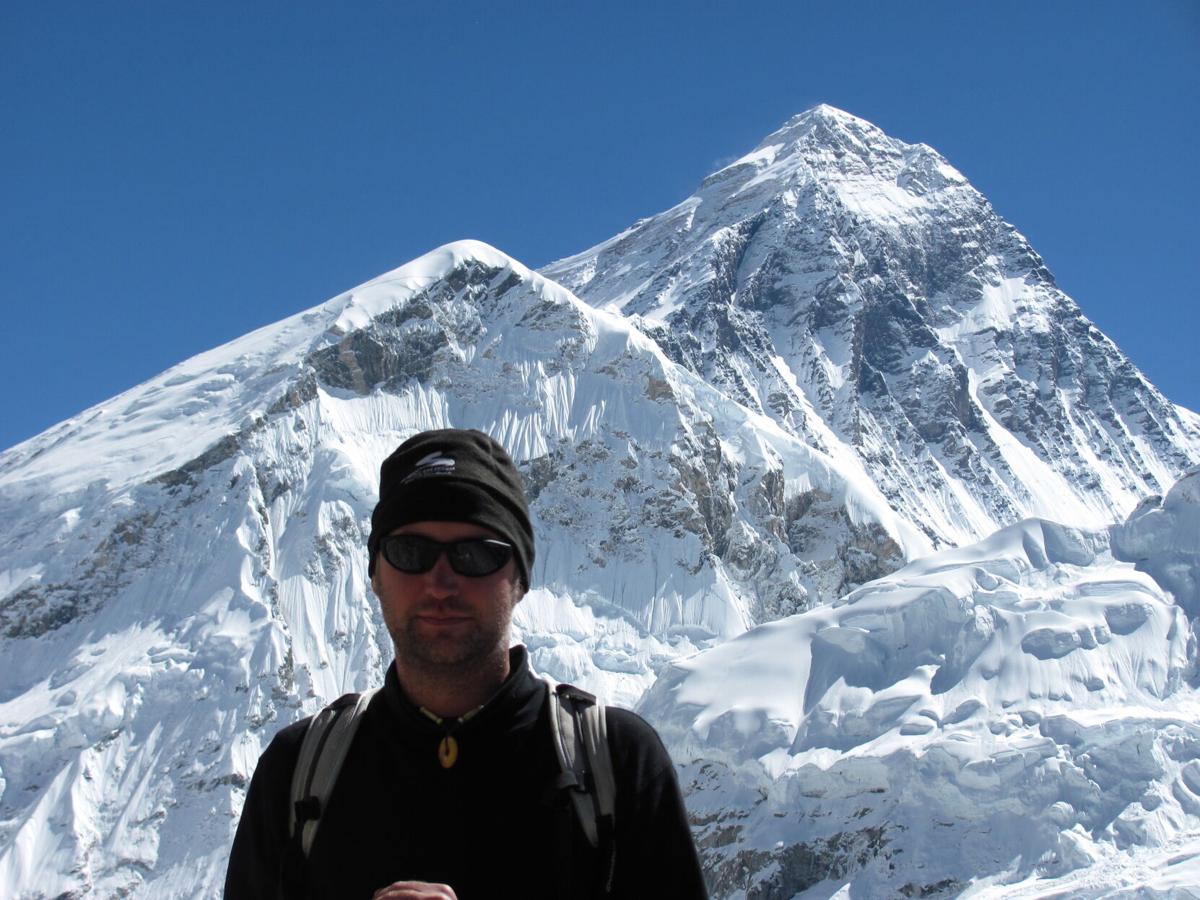 Stephen Burke stands at the foot of Mt. Everest.

Sciant, a company founded by Stephen Burke, of Richford, was just named one of the fastest growing companies in Europe.

Stephen Burke stands at the foot of Mt. Everest.

Growing up in Richford, Stephen Burke never imagined himself in the world of software development, let alone as the head of one of Europe’s fastest growing companies.

Burke’s father was a customs agent while his mom stayed at home.

“She didn’t start working until basically I was in school. I think that’s something that’s very important,” says Burke.

Travel, science and the love of the outdoors drove this Richford kid in those early days. Burke’s high school science teacher, John Little, remembers that Burke would jump at any available opportunity.

“We camped and I don’t remember who the other kids were but there were about three or four or five of them and we ended up with coyotes setting up a little chorus around them. He said, ‘Oh! What’s going on here?’ And, you know, took a minute to say, ‘OK, that’s fine. We’re good.’ They weren’t looking for us as food,” says Little.

“My senior year, I had a lot of good scholarship opportunities and I couldn’t decide where I wanted to go. I received a notice for ROTC scholarship for Army ROTC. So I said, OK, well, whoever sends me the next interesting invite from the college, I’m going to do it. The next day, I get a letter from Tulane in New Orleans,” he says.

You never know what direction they're really going to go, it's always just a guess, and suddenly they grab it and they go." — John Little, high school teacher of Richford native Stephen Burke

Burke was set to be a military officer and still very interested in physics. That all changed in his second year of college. Burke came home for Christmas vacation and tore a ligament in his knee skiing.

“I lost my scholarship. And in the same month, my father was diagnosed with an incurable brain tumor,” says Burke.

He now had to pay for one of the most expensive colleges in the country on his own, while dealing with trauma at home.

“During the experience, my father was adamant that I continue in school,” he says.

Burke’s father passed away the following December. He says this caused a profound transformation in his thinking.

“There were a lot of times where I felt like giving up, you know, but I didn’t. It was interesting, I changed everything. I switched classes to basically communications and computer information systems. But it was not easy,” he says.

When he graduated from Tulane, he took a job with a subsidiary of Sprint. Then the dot-com bust happened. He called up a friend who was just starting a new company in travel technology in Austria.

“They bought this technology from this Austrian company that was way up in the mountains. They send me to this trade show in Austria that has 12,500 exhibitors and usually about 130,000 attendees. I had never actually been out of North America and it’s absolutely enormous,” says Burke.

From there he ends up in a business meeting in Italy.

“My first business meeting in Italy and I was on a rooftop in Rome, the middle of summer ... hot ... all I had was a wool business suit,” he says.

That company closed their Austrian office and outsourced to India.

“I told my boss, I’m like, I want to move to India, I want to go work at the office there,” he says.

Burke stayed in India for 3.5 years. On one particular trip to Nepal, he stopped off at the base of Mt. Everest where he had an interesting moment.

“I was just sitting there because they basically had walked to the top of this mountain, the Everest, that morning in a snowstorm. And there were just clouds. I couldn’t see anything. And this dude walks in and we start talking. I realize he’s from Montgomery Center, Vermont. I thought that was really amazing that, you know, to be in such a place and run into somebody that grew up in the next town,” he says.

After visiting Nepal, Burke started working back and forth between Prague and Paris, then between Prague and Calcutta. He then built an office of 40 people in six months in Brno, Czech Republic for a company called Snapshot based in Berlin, Germany. It was after this that he co-founded Sciant, which works in transportation, logistics, travel and hospitality.

“We managed to tap into the network and we just built the company. The first two years of the company I basically didn’t have a salary. It was just whatever we brought through the door,” says Burke.

He says it was all on the up-and-up when COVID-19 hit last year. Travel and hospitality took a pounding. They lost some of their biggest customers and had to replace 60% of the company’s revenue.

“We managed to do it and we didn’t fire anyone. We managed to prioritize the well-being of our employees over making a profit. We’re a 100-person company and we’re hiring 25 people right now,” Burke says.

”I feel so happy and also vindicated,” says Burke.

“Myself and the co-founders knew that the industry needed a vertically focused IT solutions company. We proved it,” he said.

It’s a sense of pride that his friend and former teacher echoes.

“I see that with students. You never know what direction they’re really going to go, it’s always just a guess, and suddenly they grab it and they go,” Little said. “Steve has done something that, you know, who would have ever thought would go in that direction? He’s doing great things.”