You are the owner of this article.
Edit Article Add New Article
You have permission to edit this article.
Edit
Subscribe | Sign In
Home
News
Sports
Classifieds
Obituaries
Editorial
Business Directory
Things to Do
About Us
e-Edition
2020 Meet Your Business Community
2020 Resource Directory
NEWSLETTERS
1 of 11 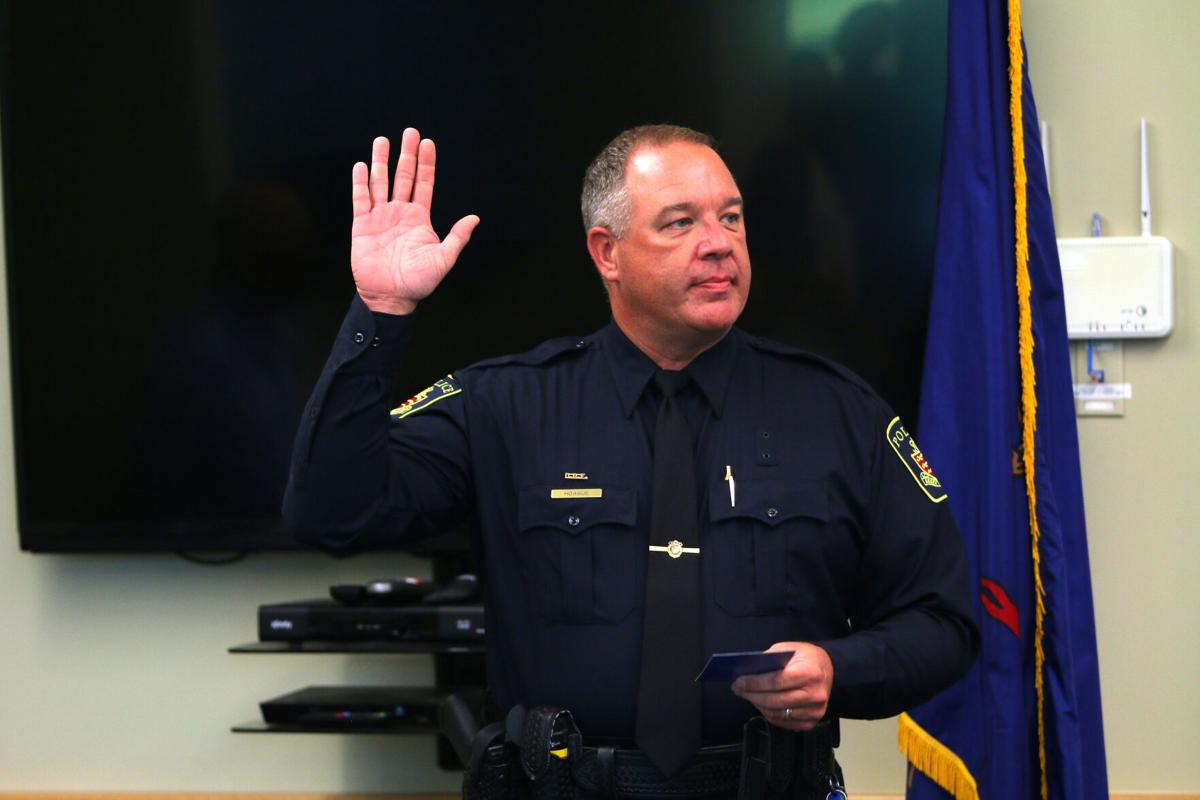 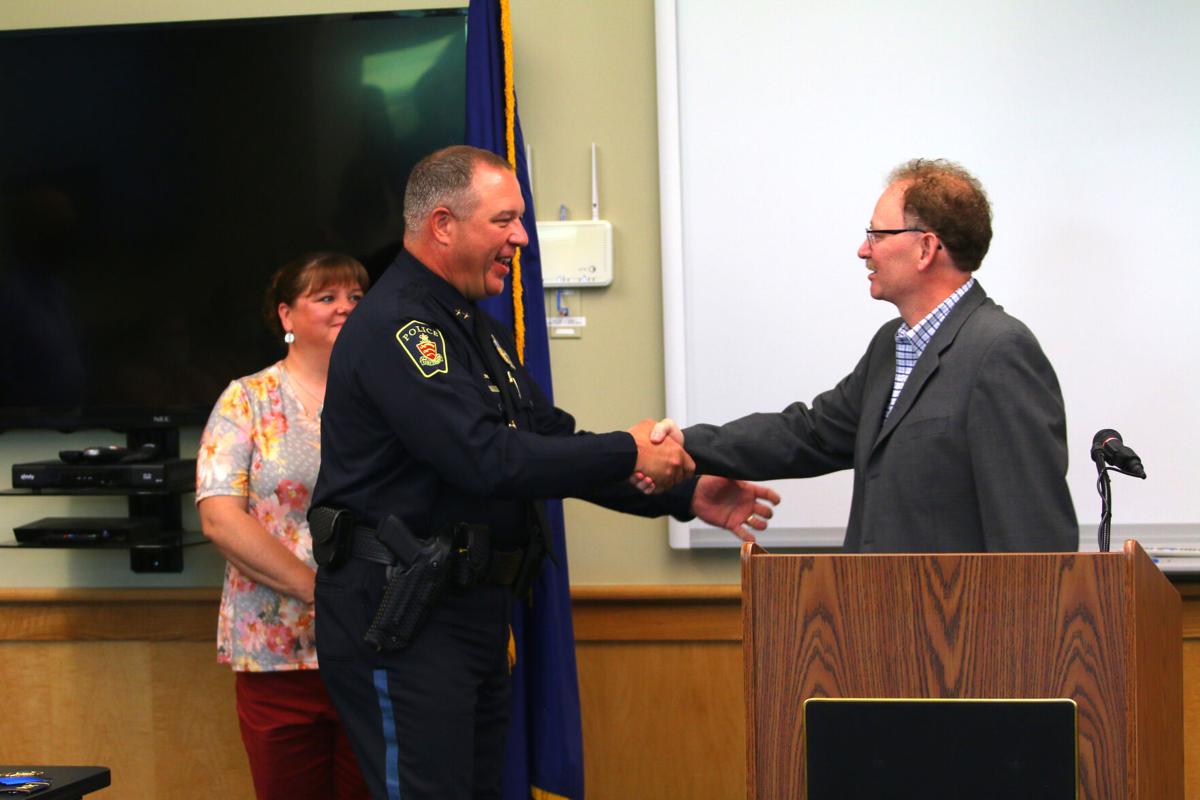 EPD Chief Ron Hoague (center) is welcomed to the position by his predecessor, Rick Garey (right). 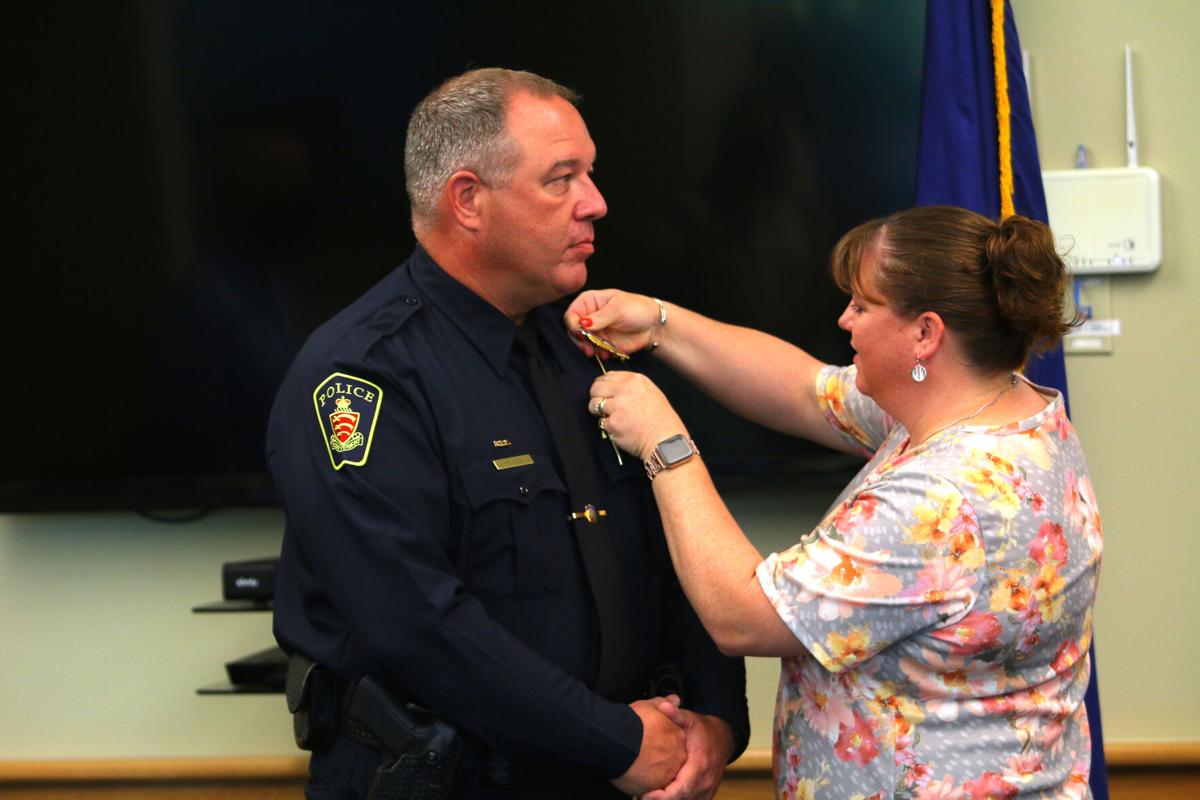 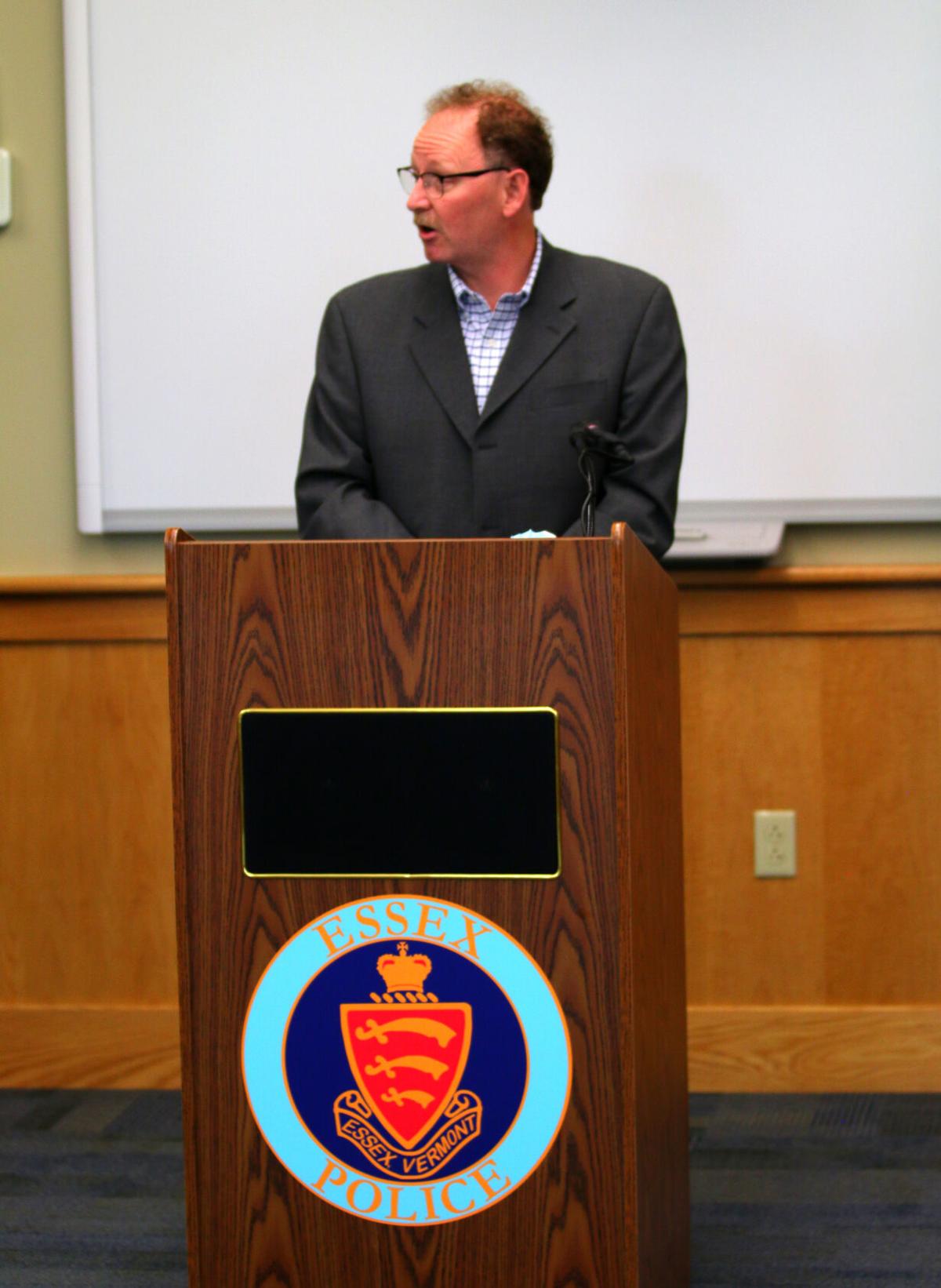 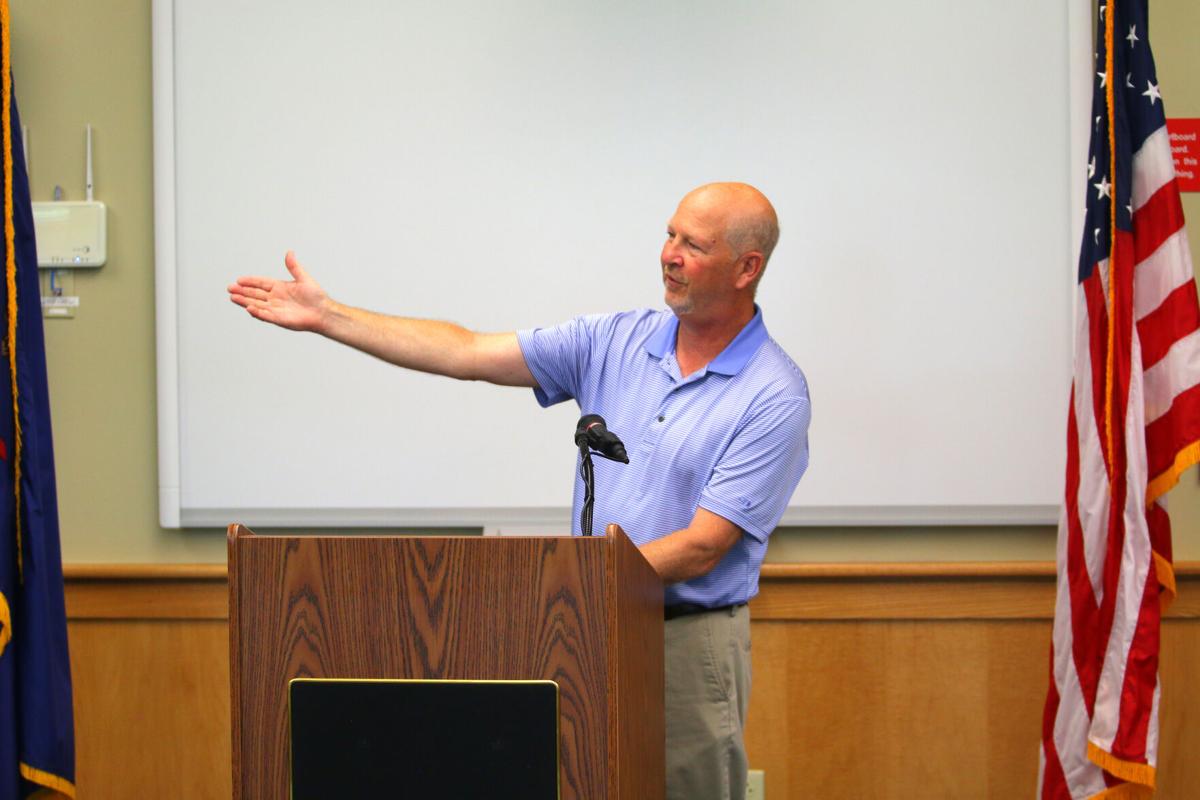 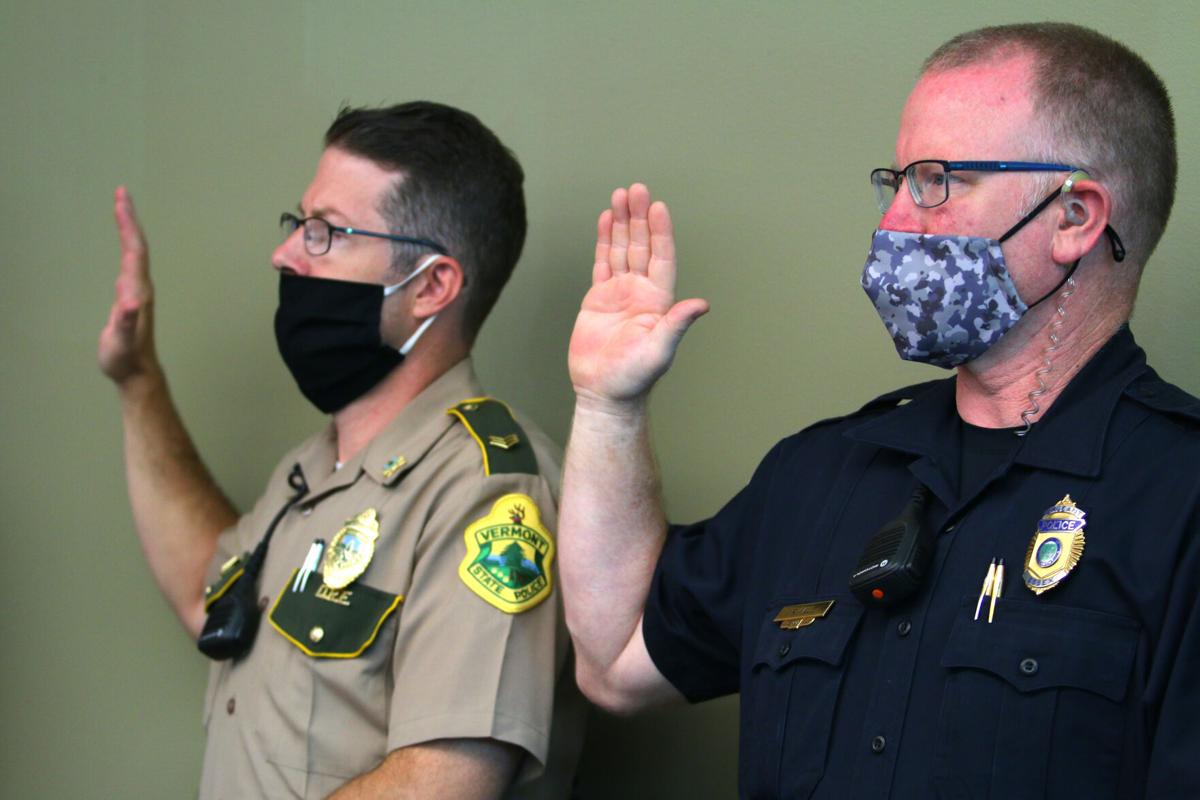 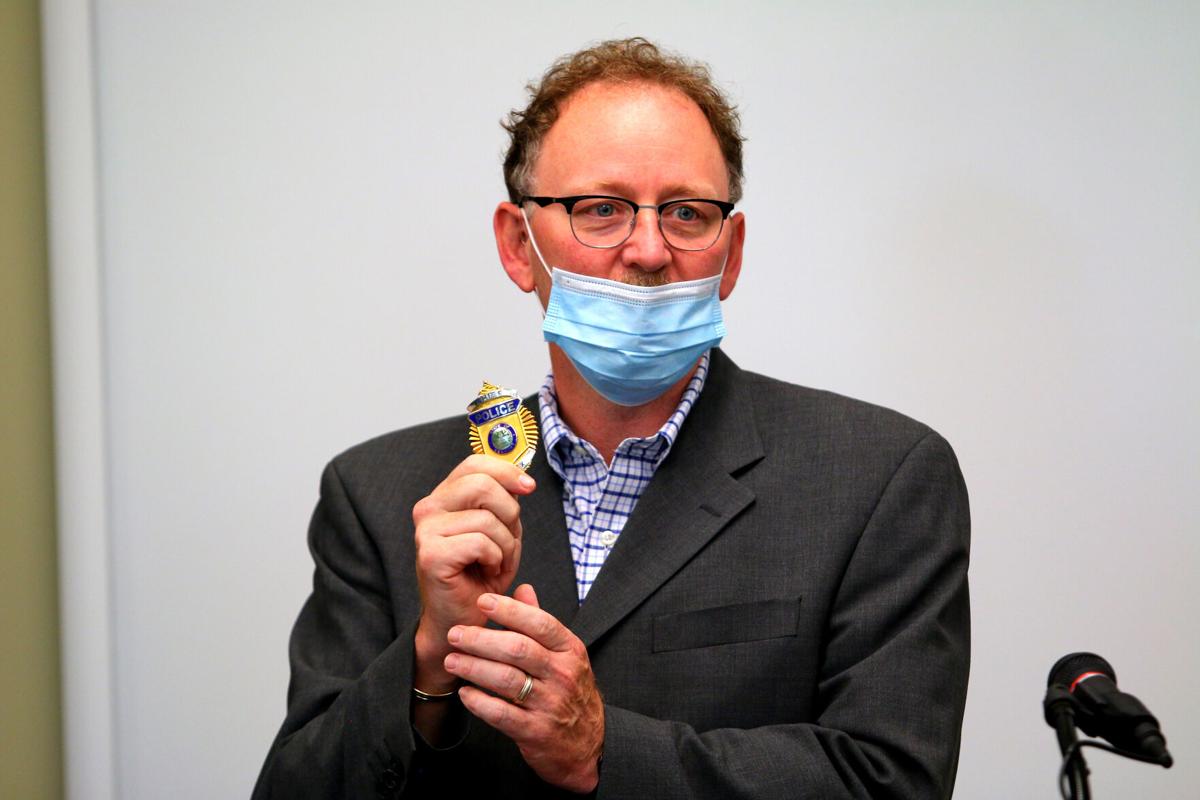 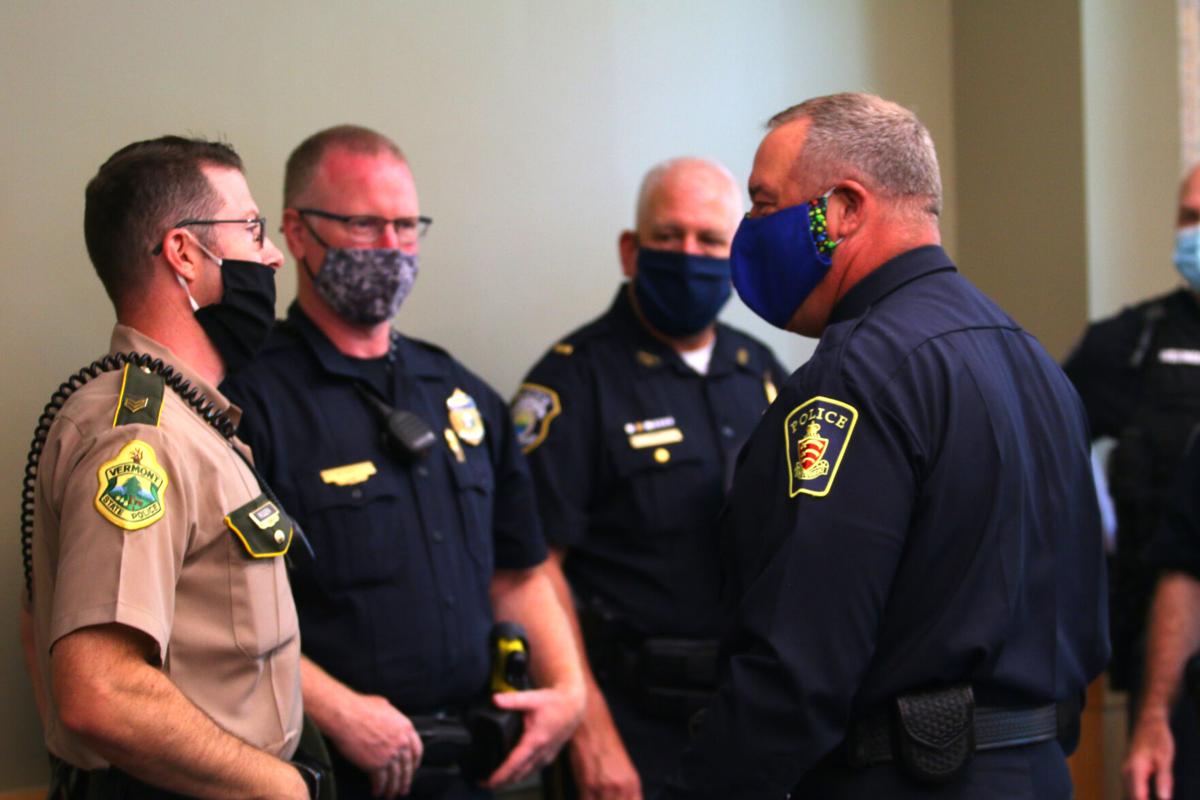 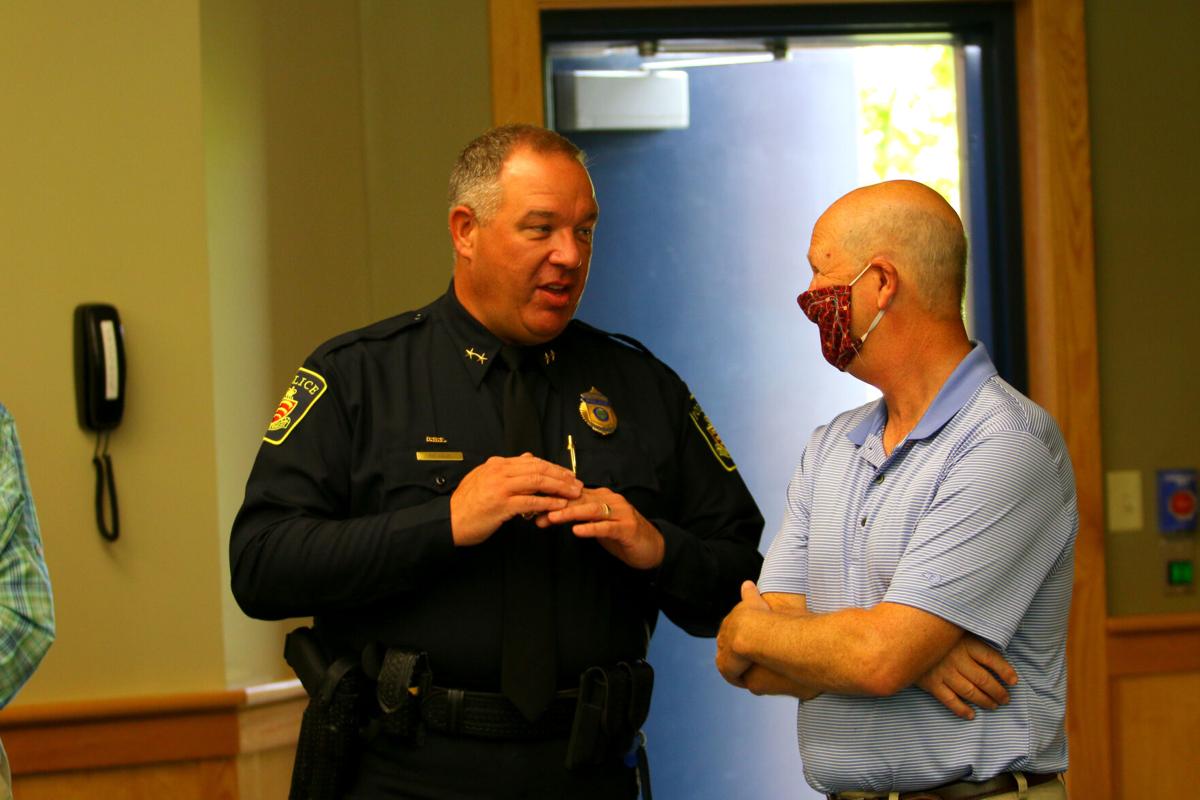 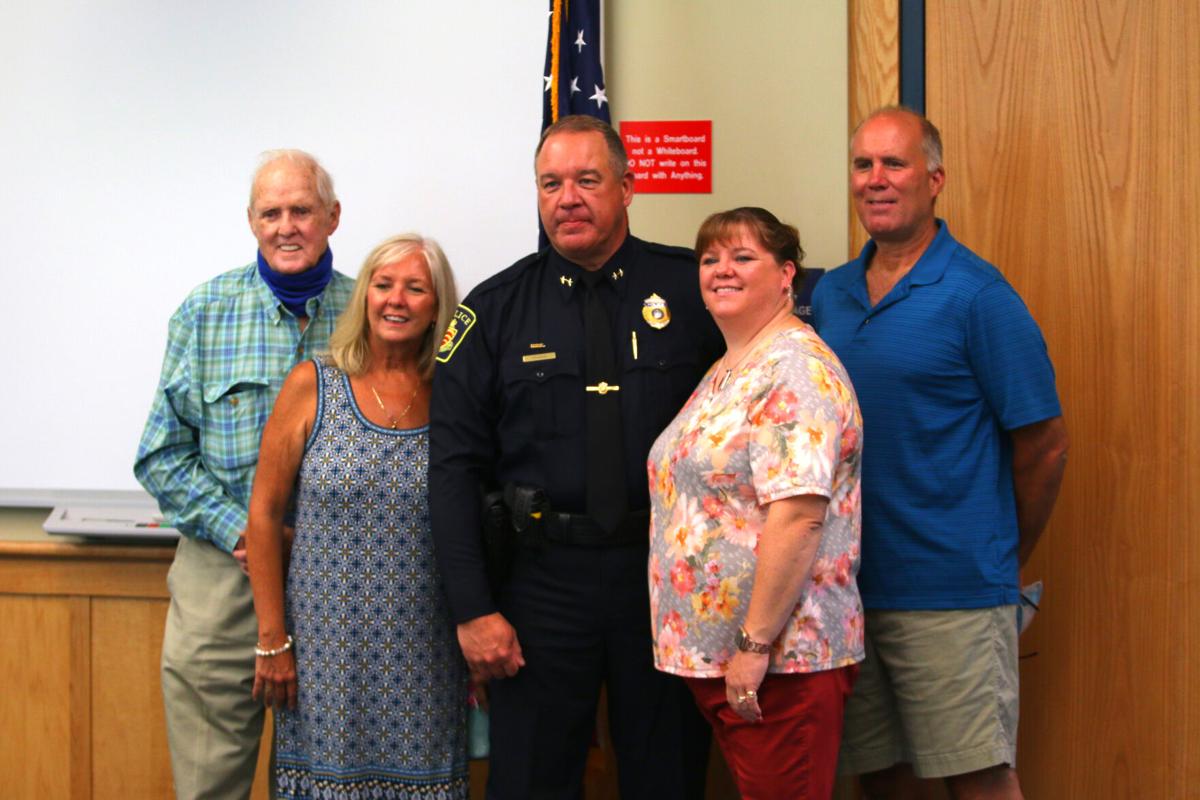 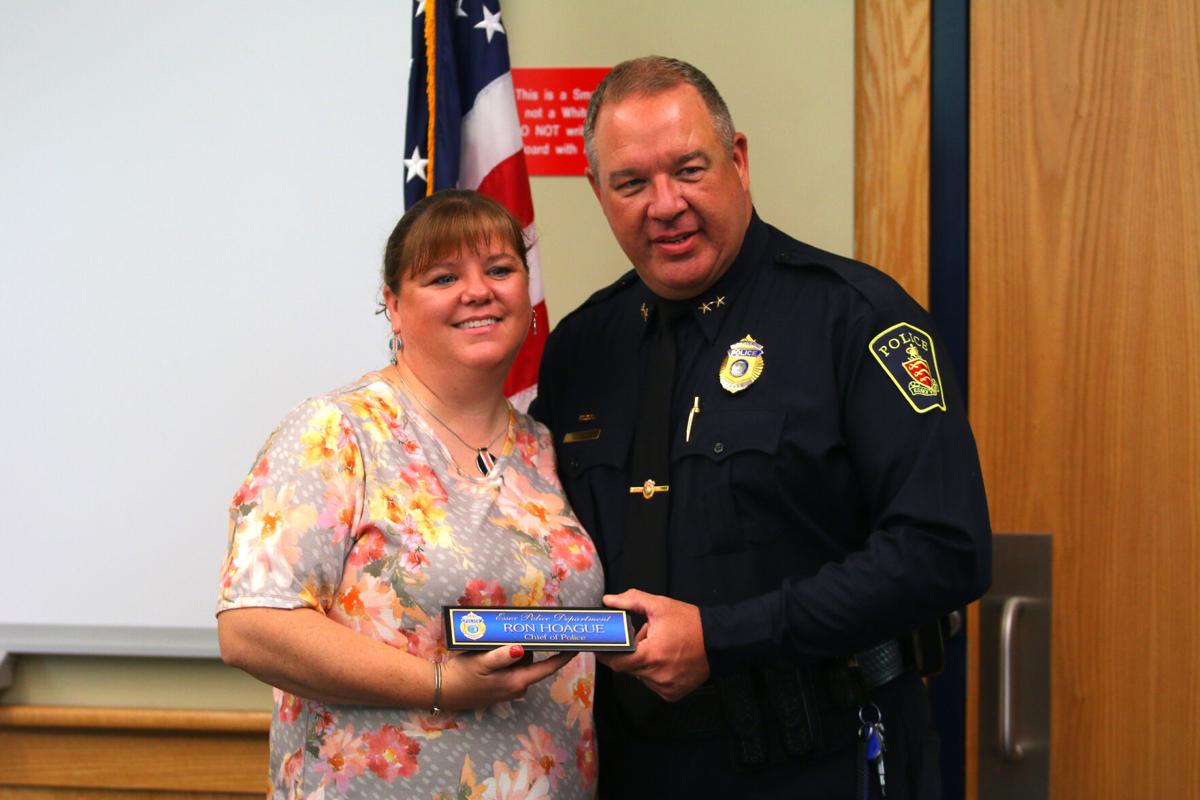 EPD Chief Ron Hoague (center) is welcomed to the position by his predecessor, Rick Garey (right).

ESSEX — Ron Hoague started his tenure as the new chief of the Essex Police Department (EPD) this week — being recognized as such during a ceremonial pinning at the station July 20.

Surrounded by family, friends, and colleagues from neighboring law enforcement agencies, Hoague’s wife, Maureen, decorated him with the same chief’s badge that had been worn by the previous four EPD heads.

As Maureen experienced difficulty getting the shield on Hoague, former Essex chief Leo Nadeau — who led the department from 2007-2012 — spoke up from the crowd saying, “Just a note in reference to the badge: it’s hard to put on, and it is hard to take off.”

Hoague worked 10 years with the St. Albans Police Department (SAPD) — eventually becoming the second in command under Chief Gary Taylor. He also spent some time as acting chief for the department.

“I can’t say enough about the chief up there,” Hoague said of Taylor. “Working under him, I learned so much about me, about management and budgeting, and handling major incidents. St. Albans is a busy, busy town, and I was present for many of the major incidents that we had there. Gaining that experience in handling a large incident that goes on for a few days — everything from officer-involved shootings to major crashes — I can’t say enough about the experience that I got there. And especially working with the officers that are there; there are some fine, fine people there as well.”

After Hoague’s wife put the double-starred pins on both sides of his shirt’s collar during his pinning ceremony — another symbol of being chief used by EPD — he gave a few remarks which started with an indication of wanting to dive right into the position.

“Let’s make this quick,” said Hoague. “I know everyone wants to get to work — especially me.”

The new chief went on to thank his parents, family, and friends before talking about the job and thanking the members of the department who have made it what it is today.

“I’m looking forward to doing this job,” said Hoague. “I’ve been looking forward to it for a long time. I’ve worked a lot of my career to get to this point, and now that I’m here, I’m excited to get started in this job. And, first and foremost, I want to say thank you to all the officers and members of the department who are here… The former members, the current members, you all have made this department one of the premier agencies in the state of Vermont, and we’re going to continue that. But I can’t do this alone. I need the help of every person that works here, and I will be working with you — and not above you.”

Hoague started his law enforcement career in 1991 before joining EPD two years later. He relocated to Florida to work with a large sheriff’s office before coming back to Vermont and taking the position with SAPD.

Hoague then rejoined Rick Garey — his predecessor in the chief’s chair at Essex — rather recently. As a captain for the department, Hoague served as Garey’s second in command.

“We were lucky enough to lure him back a little over two years ago,” said Garey before Hoague received his pinnings. “I am very proud of Ron and his accomplishments, what he has done, and coming back here to where he started. I’m excited; I’m excited for the community. He has a respect of the officers here and of the community, and I know he has the ability to be an incredible chief. So we’re excited to have him.”

After the ceremony was completed, and plenty of pictures were taken, Hoague talked a little more about being promoted and what he’ll be facing right away.

“I don’t think it’s actually hit me yet,” Hoague said about how it felt to finally be wearing the chief’s badge. “I think the word I would use is ‘humbling’ to see this many people that are here to see me do this. I can’t say enough about the people that are around me and have gotten me here. I’ve been working towards this for 29 years. I knew when I was a child that I wanted to lead people, and I always looked up to the great leaders of this country — and I still do. Having the chance to be able to lead an agency of 40-odd people, it’s fantastic. I’m really looking forward to doing this.”