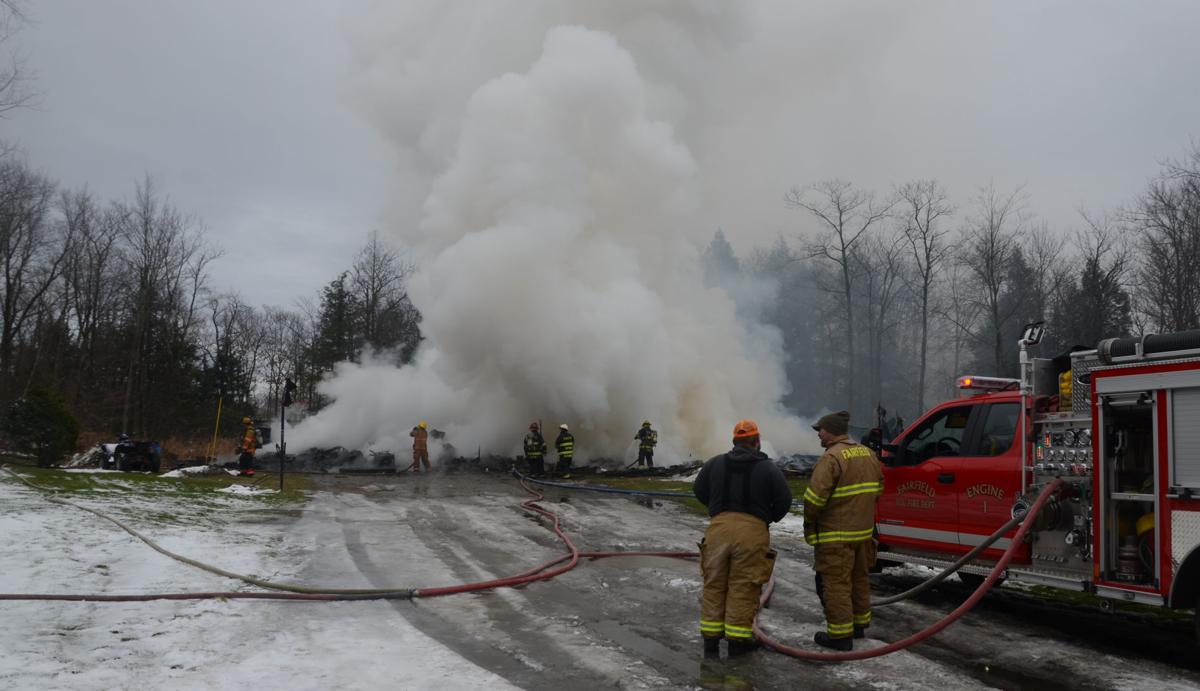 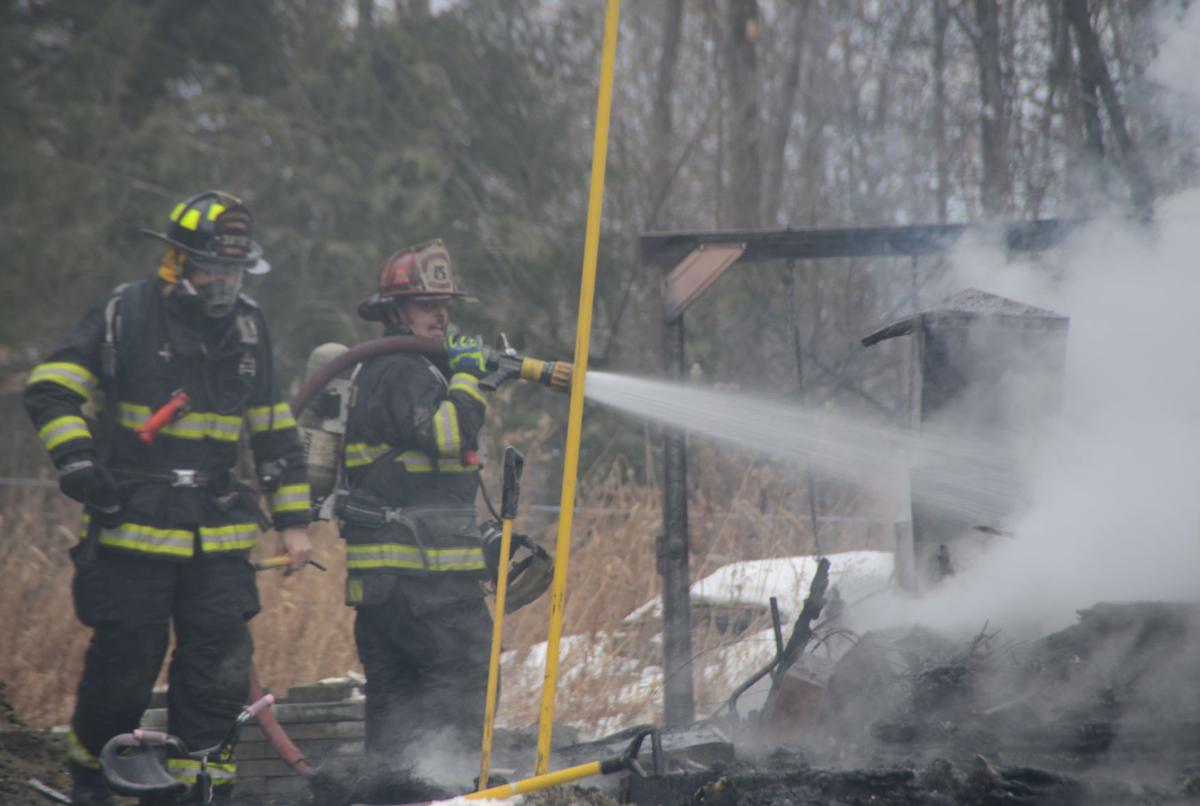 Firefighters pour water onto the remains of a home destroyed by fire on Monday. 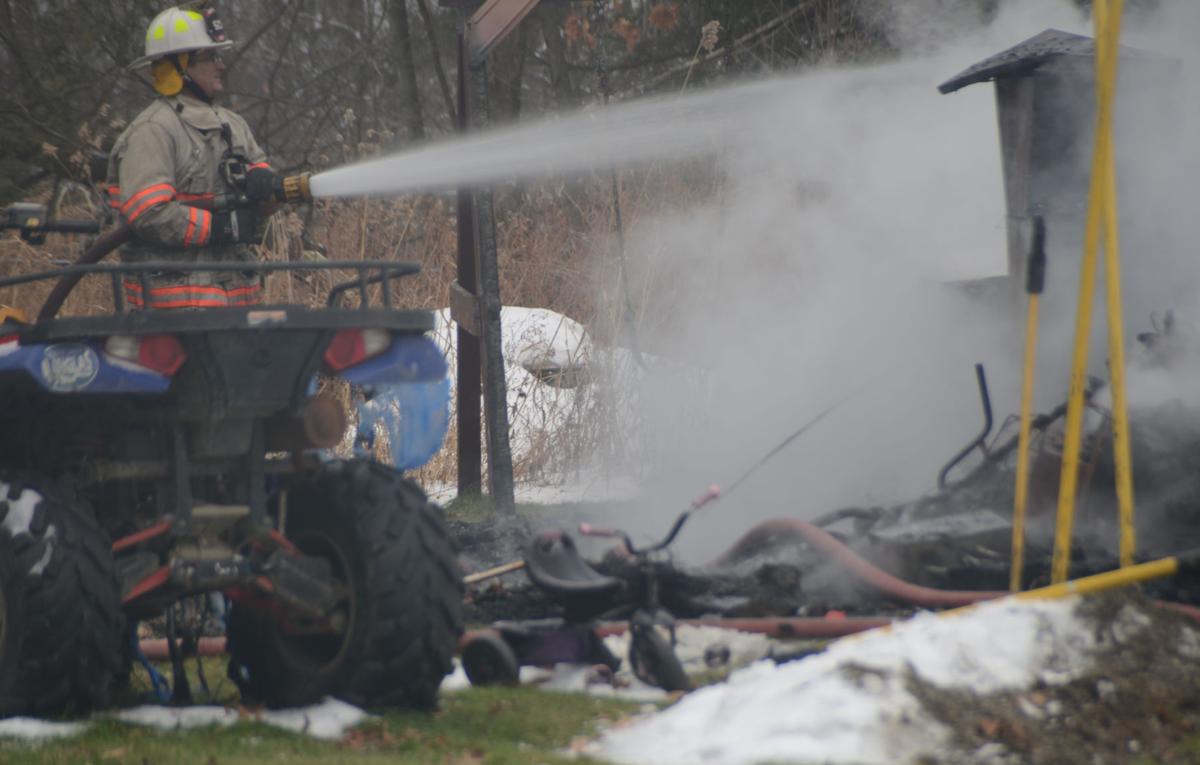 Firefighters pour water onto the remains of a home destroyed by fire on Monday.

Efforts to fight the fire were hampered by a steep, slippery road and driveway, according to St. Albans Town Fire Chief Harold “Bobby” Cross.

Cross said one of the owners of the home, Jacob Smith, came home around 8:40 a.m. Monday morning to find the house on fire, and called 9-1-1. Responding firefighters were unable to get a fire engine up to the home. “We tried to get the truck up there and it was sliding down backwards,” said Cross.

The Dept. of Public Works came to sand both the road and the drive. The department used its 4-wheel drive pick-up to get a hose to the house. Once the road was sanded Fairfield firefighters were able to get their department’s small all-wheel drive pumper up to the house, said Cross.

The firefighters were unable to save the home, which the town had valued at $305,000. “Everything they owned is completely lost,” said Cross. The owner was able to rescue the family dog before firefighters arrived.

In addition to Fairfield, the St. Albans City and Georgia departments joined the town firefighters at the scene.

Investigators were called to the scene solely because of the extent of the damage, according to Cross. “It didn’t appear to be suspicious in any way,” he said.