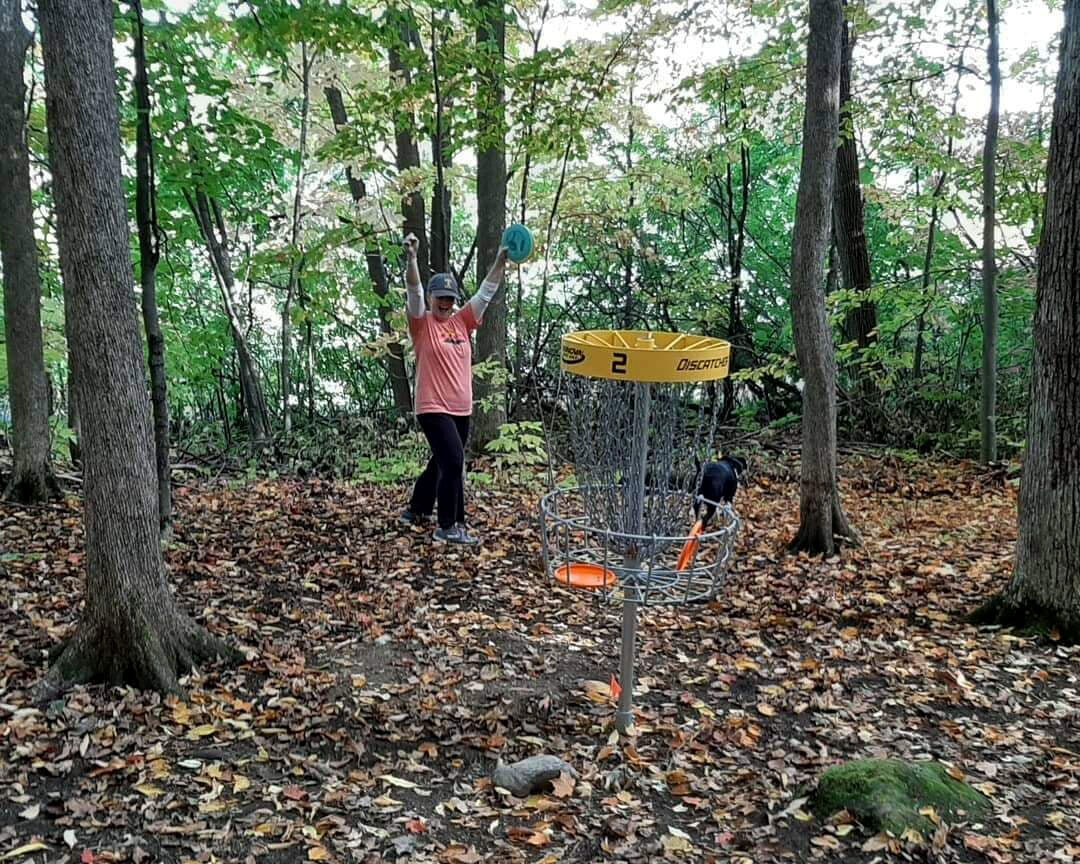 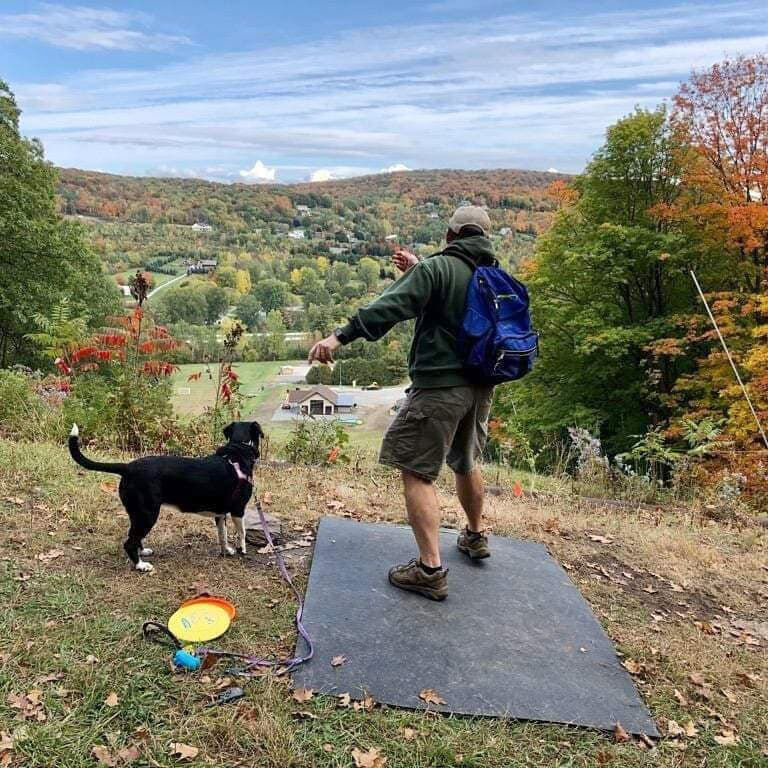 ST. ALBANS — When Preston Fuller moved to St. Albans in 2019, he knew he’d come to a great community; only one thing was missing in his new hometown.

“I’m an avid disc golfer--mostly recreationally,” explained Fuller, “and I was surprised there were no disc golf courses in the St. Albans area.”

It didn’t take Fuller very long to find the perfect place to plot a course close to home.

“I discovered the awesomeness of the Hard’ack Recreational area. It was the perfect location for a disc golf course!”

Life got busy for Fuller, but the COVID-19 pandemic would prove to be the reminder he needed.

While visiting the St. Albans Facebook page, Fuller read a comment from a parent looking for fun things to do with kids during the shutdown.

“I suggested a disc golf course, and Jessica Frost of RiseVT, who was on the thread, thought it was a great idea.”

The next step was the course design. Fuller, who helped design a course in New Hampshire, took that on eagerly.

“There are lots of specifics of what it needs to entail, just like a regular golf course,” said Fuller.

“You need to start at tee one and wrap the course; you’re like an artist with a slate full of trees.”

“We talked about safety, minimizing the cutting of trees, respecting the course’s geography, and bringing out the woods’ beauty.”

After receiving approval, Fuller began work on the course.

Fuller thanked Valdemar Garibay and Med Associates employees, who volunteered to help with the course’s clearing.

A grant from RiseVT helped purchase the baskets, and the St. Albans Rec Department helped raise money for the course through sponsorships.

Fuller also thanked his daughter, Eden, for her help with the artwork for the course signage.

The course, which isn’t quite complete, is ready to be used, and with a $20 investment for a set of three discs that includes a driver, mid-range, and putter, it won’t break the bank.

Fuller noted that disc golfing is a great way for folks of all ages to get outside.

“It has great possibilities for a lot of different outings,” said Fuller. “I’m so thankful to all the organizations that approved this.”

John and Trudy Cioffi, who hike Hard’ack with their dog, Bella, had been following the project.

“We tried the course, and we loved it! It’s a great workout and lots of fun,” said Trudy.

“It was a moderate hike with a couple of holes that involved a pretty steep incline. It took us about 90 minutes, but some of that time was spent searching for our discs!”

Trudy and John each had a favorite hole.

“John’s favorite, #7, was in a ravine; you have to shoot under the tree.

My favorite was the last one since the T box was at the top of Hardack’s ski hill; it was a tough hole, but the view was great.”

After seeing the fun Trudy and John had on the course, others are eager to try.

“Some of our friends are going to get discs so we can play together.”