Starting at
$5.00 for 30 days
Get Started
View all rates
Subscribe | Sign In
Home
News
Sports
Classifieds
Obituaries
Editorial
Business Directory
Things to Do
About Us
e-Edition
2020 Meet Your Business Community
2020 Resource Directory
NEWSLETTERS
1 of 2 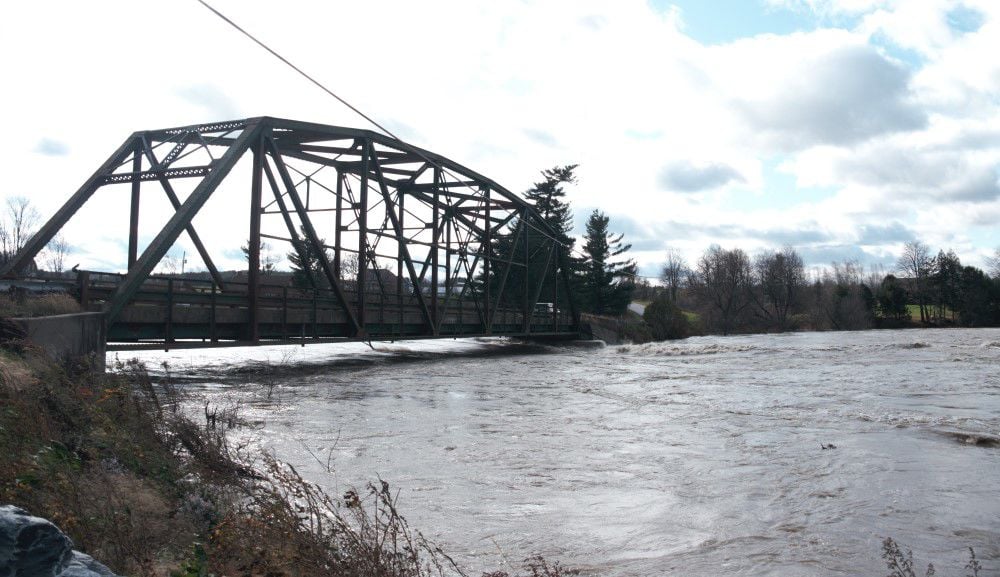 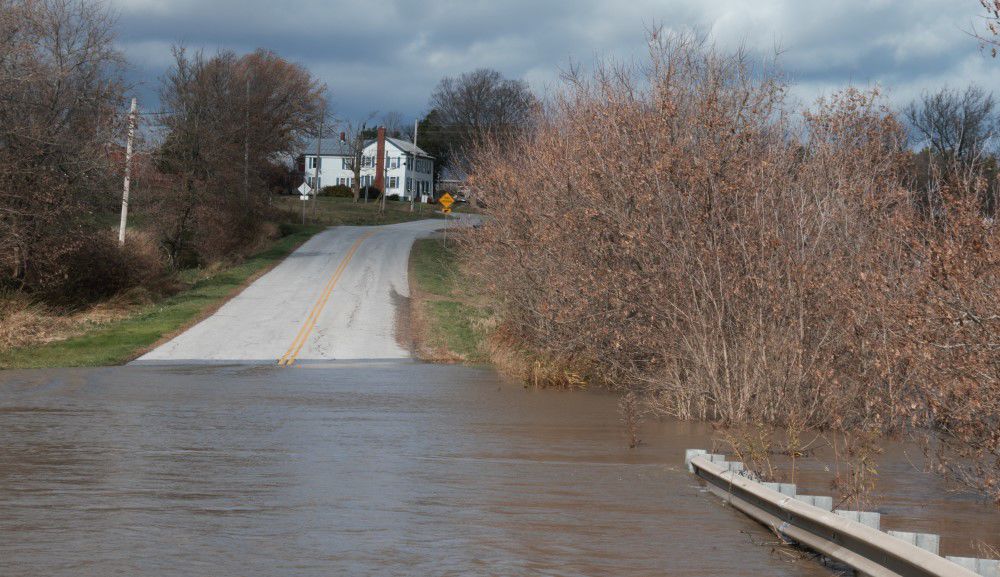 An example of flooding the morning of the rescue, in this case the Missisquoi River flooding Kane Road in Sheldon on Vermont Route 105.

An example of flooding the morning of the rescue, in this case the Missisquoi River flooding Kane Road in Sheldon on Vermont Route 105.

BERKSHIRE — Local contractor Shawn Mousaw drove to work early in the morning Friday, Nov. 1, same as always — except this was the morning of countywide floodwaters.

Mousaw was on Vermont Route 105 between Berkshire and Montgomery around 5 a.m. He remembered it was still dark but he could see the river running across the road.

And then he saw an 18-wheel semi-trailer truck swept off the road.

Mousaw approached the driver. The driver said he’d been stranded there at least a couple hours but was fine.

Then Mousaw heard yelling and saw a light across the river.

The source of the light was a 105 driver’s phone.

The man had grabbed his phone before the water swept his car away and he found himself pinned up against a tree — which he was now clinging to, trying to stay warm.

Mousaw told the Messenger he was on the scene with a friend, Montgomery resident Brad Alexander.

As soon as they saw the driver’s situation the duo ran to the nearest house, up a hill, as Mousaw recalled, to see if the homeowner had any boat they could use to reach the driver.

Mousaw said they woke the homeowner, a woman “nice enough to let me borrow a kayak,” which the duo tossed in the back of Mousaw’s truck.

From there, Mousaw said he and Alexander “came up with a quick plan.”

They grabbed ratchet straps, life vests and a blanket.

Mousaw said his concern was that the driver could be hypothermic. It was early in the morning and temperatures were in the low 40s, according to the National Weather Service archive. And that doesn’t account for the water temperature itself.

Mousaw and Alexander kayaked out to the driver.

They intended to use ratchet straps to reach him.

And Mousaw said they got within five feet of the man but just couldn’t get closer.

So they went to Plan B, which was to offer the man the kayak.

But he said he’d never kayaked in his life. Mousaw said given that fact he was afraid the man might tip over the kayak and be even worse off than he was in the tree.

“We hung out,” Mousaw said.

They stayed with the man for an hour and a half while they waited for emergency services to arrive.

Mousaw said the whole team he feared the driver would get tired and let go of the tree, but that didn’t happen.

Mousaw said they saw “people and cops” watching them from dry land, and then, finally, emergency services.

A video recording of rescue personnel transporting Mousaw, Alexander and the driver to safety led to social media comments questioning why someone would kayak in a rainstorm.

“People thought we were out in a rainstorm going for a joyride at five in the morning,” Mousaw said, but he laughed it off.

“Not exactly how I was planning to start my Friday.”

Mousaw said he’d never seen the driver before that day, but that he’s run into him several times since and that the guy was “super thankful.”

“I can’t even believe he managed to get out,” Mousaw said. “It was pretty amazing, man.”

It was Mousaw’s father, Kevin, a retired New York police officer, who shared the rescue story with the Messenger.

“It was a rather big ordeal,” Kevin said. “For him to do what he did I think he deserves to be recognized.”

Mousaw himself though took little credit for the shared rescue attempt.

He spent most of his time talking with the Messenger laughing at the unreality of it all and expressing amazement that the situation turned out as well as it did.

“I just felt like I had to something, at least try,” Mousaw said.

“Just one of those things, man.”