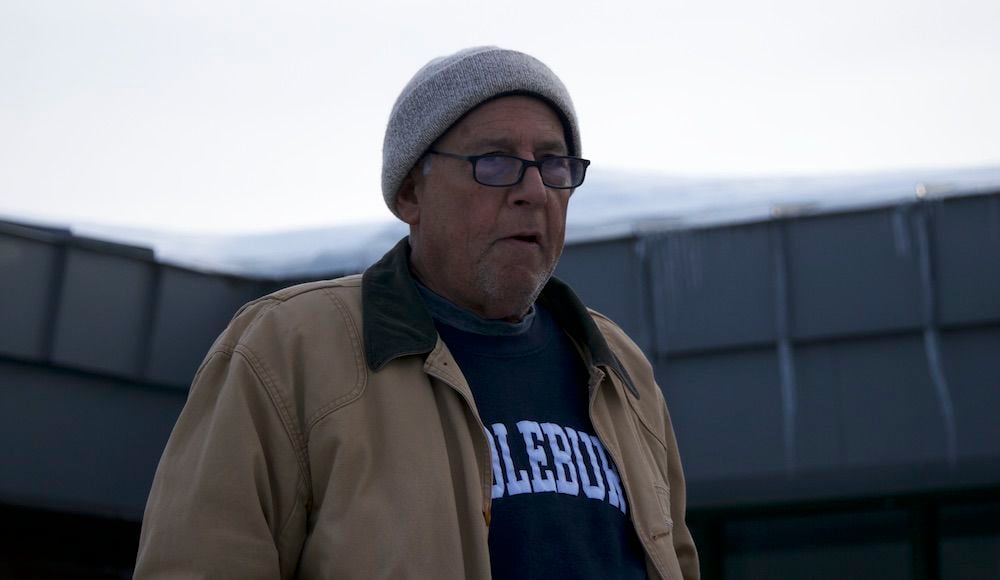 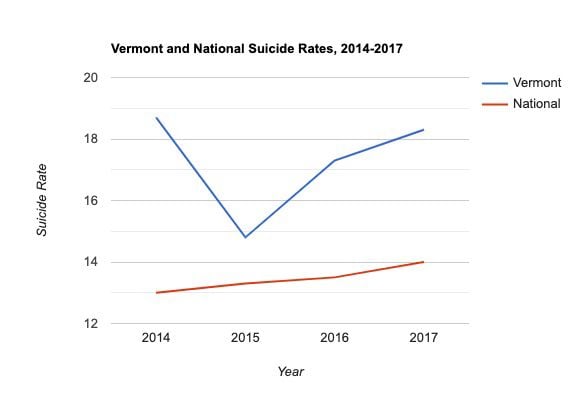 Suicide rates in Vermont have consistently been above the national average, according to data from the Centers for Disease Control and Prevention. 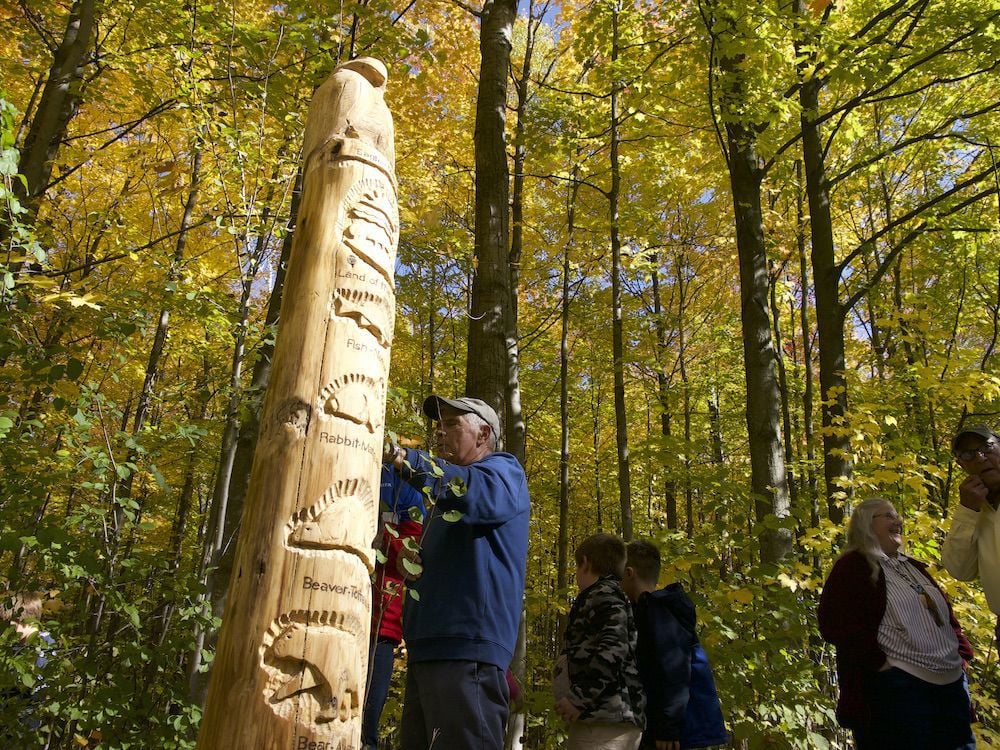 A totem pole carved by Abenaki elder Richard Menard was raised at the Swanton Schools this year. According to Gagne, gestures like the totem poles raised in Swanton's schools or the flags flying over the whole of the Missisquoi Valley School District prove, "we're here and we're going to continue to be here."

SWANTON – For several months now, a coalition of community leaders and health care providers have come together in Northwest Vermont as a disturbing trend became more apparent: Vermont’s growing suicide rates might be disproportionately affecting the Abenaki.

Suicide rates in Vermont have swelled above the national average for at least a decade now, reaching a high of 18 people per 100,000 residents in the Green Mountain State in 2018. The state currently has one of the fastest growing suicide rates in the U.S., second only to North Dakota.

Death certificates examined by the Messenger and Vermont Public Radio’s Gunshots project found the majority of victims to be white, middle-aged men, many of whom had a record of military service.

However, according to Brenda Gagne, an Abenaki tribal member and coordinator the Circle of Courage Afterschool Program; Jeff Benay, the Director of Indian Education for Franklin County Public Schools; and Northwestern Counseling & Support Services (NCSS)’s Director of Behavioral Health Services Steve Broer, many of those who passed were Abenaki.

“We would go through the death certificates,” Gagne said, “and we know who our people are.”

“We started meeting ten years ago and tracking the data on Abenaki suicides, and it was what we feared,” Benay said. “I think it was a lot higher than what we feared.”

Out of respect for the Abenaki community, members of the grant-funded coalition calling itself Community Partners for Suicide Prevention (CPSP) declined to share how many members of the community had died by suicide.

In an email with the Messenger, a representative from the Vermont Dept. of Health said demographic information for death certificates is collected from the family, funeral directors or others responsible for the disposition of the deceased’s remains. While there is an option to list an individual as “American Indian or Alaskan Native” with a tribal affiliation, there are no assurances the reporters either include or would be aware of those affiliations.

Anecdotally, though, Benay and Gagne said the impact has been deep enough that members of the Abenaki community have joined with area health care providers and the statewide Vermont Suicide Prevention Center (VTSPC) to address regional trends in suicide that appeared to be disproportionately affecting the Abenaki.

Organized through a University of Vermont (UVM) Medical Center grant by the Title VI Indian Education Program of Franklin County’s Parent Advisory Committee (PAC), NCSS, area community health centers and VTSPC, CPSP expects to have a selection of answers developed from the bottom-up with the explicit support of the Abenaki community – new for a Native American community historically relegated to part-time subjects by health researchers.

“In the Abenaki community, there’s long been a sense that people come in and research the community, but they come at it as researchers and look at the community as objects,” Benay said. “We’re trying to remove the objectification... by doing it together.”

“It’s coming from us,” Gagne said. “We’re doing something for us and not to us.”

According to an abstract from CPSP’s application to the UVM Medical Center, while results gleaned from CPSP’s long term study will focus on “culturally sensitive care for Abenaki populations,” infrastructure and programming recommended through CPSP could be expanded for the general population.

Though CPSP’s grant application does not cite specific barriers to service, it notes that its particular region of focus – Grand Isle County – struggles with many of the risk factors typically blamed for the steady climb in suicide rates in both Vermont and the U.S. at large.

The Champlain Islands targeted by CPSP’s study especially struggle with their distance from service providers, many anchored in nearby Franklin County, and transportation costs can prevent those in need from seeking help.

According to Broer, regional data on deaths by suicide is tracking with national estimates that found 70 percent of those who died by suicide were not actively seeking help in the mental health care system, though many had apparently met with a primary health care provider at least a month before their passing.

Suicide rates in Vermont have ebbed and flowed over the past decade, but, according to the Centers for Disease Control and Prevention (CDC), over at least the last five years Vermont’s suicide rate has tracked above federal suicide rates, as both continue an upward climb overall.

In Vermont, suicide is the eighth leading cause of death, and with 112 Vermonters dying by suicide in 2018, suicide continues to claim more lives in Vermont every year than traffic accidents.

According to Broer, while professionals have attributed suicide trends to everything from rural isolation and the ongoing opioid epidemic to the prevalence of social media, there is no singular, clear cause for what health care providers and commentators have called a national suicide epidemic.

More generally, Broer said stigmas continue to influence discussions around suicide as well, adding, “there’s a lot of shame attached to it, too,” and many still see mental health treatments in terms of hospitalization, something that may keep some from seeking help.

“There is also the fear of being psychiatrically hospitalized when the reality is most individuals who experience suicidal thoughts, feelings and behaviors can be effectively treated in our community,” Broer said in a follow-up email to the Messenger.

The U.S. Dept. of Health cites CAMS as a “program with evidence of effectiveness,” meaning the program has shown at least some positive impacts on treating suicide by health department metrics.

Reports of the Abenaki being disproportionately affected by trends in suicide, would track with national trends. According to the CDC, suicide impacts Native American communities more than any other demographic group in the U.S.

The Abenaki, like many First Nation peoples, saw their longtime home gradually whittled away as European – and later American – settlers spread into what is now known as New England.

According to historians William Haviland’s and Marjory Power’s The Original Vermonters, the Abenaki had lived in Vermont for centuries before the eventual arrival of Europeans. Even after initial contact with Europeans through the fur trade and French missions, the Abenaki remained the dominant culture in Vermont for some time.

By the end of the 18th century, however, decades of conflict with European settlers and increasingly large territorial claims by European and American businessmen carved the Abenaki’s longtime home into white landholdings.

As white settlements started supplanting the Abenaki across Vermont, many of the Abenaki opted to remain in their ancestral homeland. According to Haviland and Power, many took to European culture as a means to survive, eventually becoming “all but invisible” to the white neighbors who displaced them.

According to Benay and Gagne, the traumatic loss of that homeland and the ensuing marginalization of the Abenaki that followed Vermont’s statehood might have left emotional scars on the community informing at least some of its current struggles with mental health.

Researchers studying the psychological effects of historical events like genocide and mass starvation have found evidence suggesting behaviors and emotions tied to traumatic events, like anxiety or insistence on food hoarding, can also be observed several generations after the event.

The Abenaki were infamously signaled out for forced sterilizations under Vermont’s eugenics program in the first half of the 1900s, and, according to Gagne, discrimination in schools and targeting by state organizations deepened that trauma and inspired further distrust of the state and institutions among members of the Abenaki community.

“We’ve been told not to air our dirty laundry,” Gagne said. “That’s been born into us.”

That distrust, according to members of the CPSP, has trickled into the medical world as well, potentially leaving community members skeptical of mental health care providers like NCSS where, according to Gagne, identification as Abenaki might inspire certain prejudices and stigmas by default.

“We’ve already been labeled,” Gagne said. “So, if you seek out mental health care and you’re Abenaki, that’s a mark against you.”

According to NCSS’s Broer, curtailing those stigmas was one of the places where organizations like NCSS could start when it came to addressing suicides among the Abenaki. While the organization has implemented cultural competency training related to the Abenaki in the past, Broer admitted there was still a need for more systematic training for staff.

Those trainings, in turn, could be shared with other health care providers, he suggested.

Another novel pilot suggested by the group would connect veterans within the Abenaki community to one another, helping bridge some of the feelings of isolation that can come from rural life and life after military service.

According to Benay and Gagne, strides had also been made in the schools, where Gagne said she remembered growing up facing discrimination and where, through work steered by groups like the PAC and through programming like the Circles of Courage, current Abenaki students had found room to express themselves and learn about their culture that, until recently, was stigmatized in places like Swanton.

Already this year, flags were raised over the schools of the Missisquoi Valley School District and an Abenaki totem was installed at the Swanton Schools, reminding people that, according to Gagne, “we’re here and we’re going to continue to be here.”

The CPSP’s work is ongoing and members of the group warned there would likely be no single answer to the disproportionately high suicide rates facing the Abenaki.

As interviews within the Abenaki community occur, though, and as members of the community come together to discuss ways to curtail those trends, those involved appear optimistic. “It’s coming from the community,” Benay said. “It’s messy and it’s time consuming... but this is what we have to do.”

VTSPC, one of the CPSP’s leading partners, is a subset of the Center for Health and Learning, a Brattleboro-based nonprofit dedicated to suicide and substance abuse prevention.