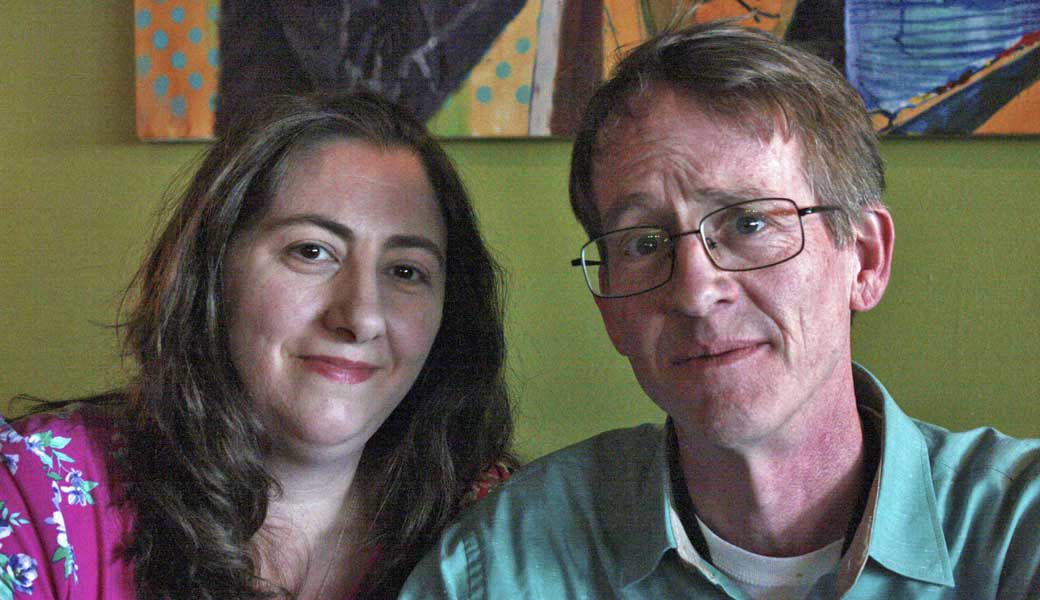 Tiffany and Eric Miller have revived the radio station WRSA 1420 AM. 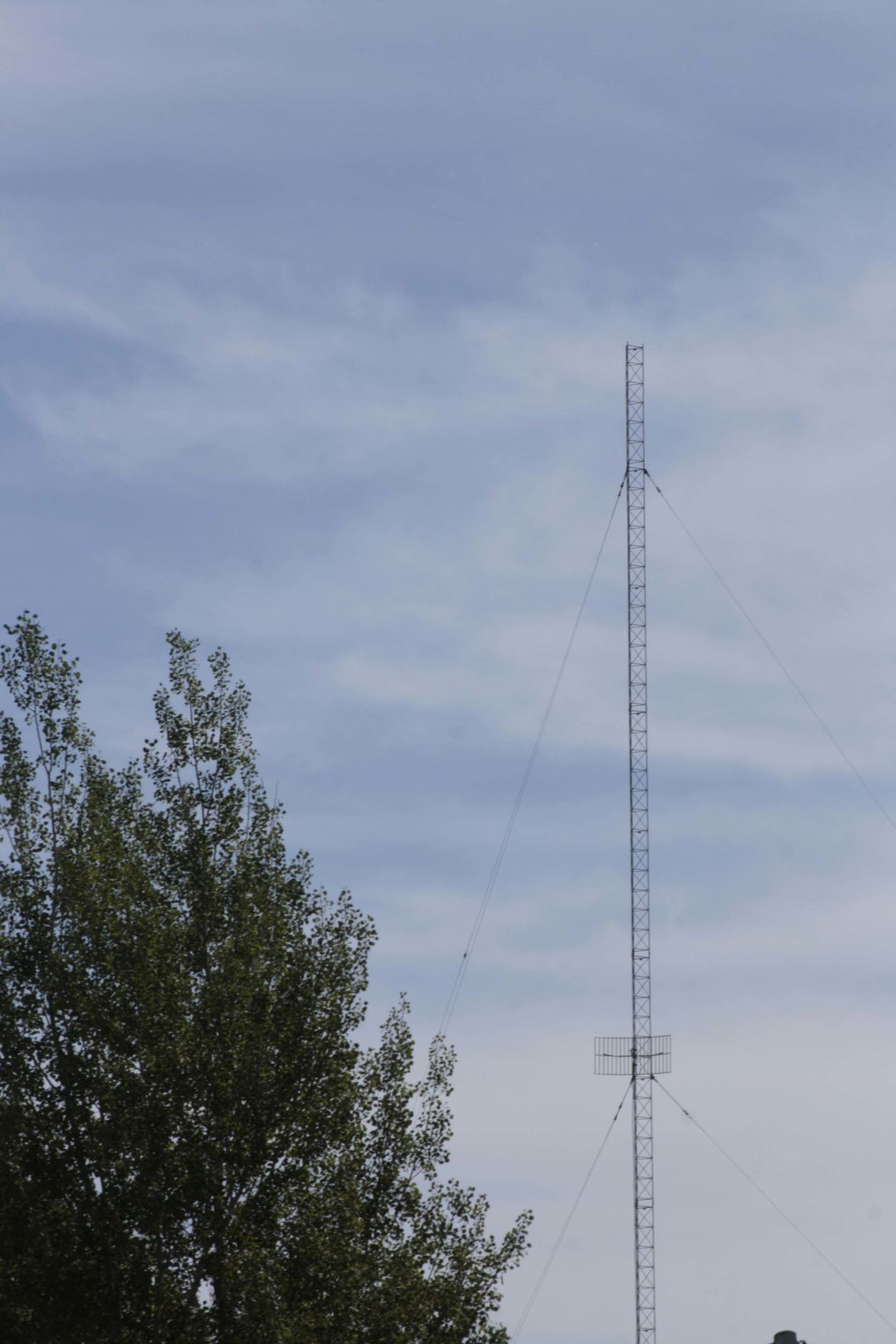 Tiffany and Eric Miller have revived the radio station WRSA 1420 AM.

ST. ALBANS — Scan the radio in the coming weeks and you might find something that sounds a little more like home.

WRSA, Radio St. Albans, is broadcasting now at 1420 AM, representing St. Albans and its surrounding Franklin County communities on the airwaves after years of radio silence.

The station’s new owners, Eric and Tiffany Miller, don’t expect you to dust off the dials on your boxy old AM radio, nor do they even assume the old tuner survived the threat of garage sales.

Sitting in the Grind Monday afternoon, Eric held up his smartphone.

“This is the new transistor radio,” he said.

Anyone with an Internet connection, whether by phone or computer, can go to radiostalbans.us and listen live to the station.

“We’re right there,” Tiffany said. “We’re in your hand already.”

The Millers enthusiastically described their programming plan, so enthusiastically, in fact, that Eric sent his steaming coffee flying back into his lap, and was so excited that, after a mild cleanup, he continued unabated.

They envision live studio sessions for local musicians, interviews on the air for unique local craftspeople.

They want to join in sponsoring local events, and, when possible, broadcasting from those events, like sports and athletics commentary.

Eric, for example, is eager to do a live report on a local fishing derby. It wouldn’t be his first time.

He reenacted his prior live fishing derby broadcast from the waters of Alaska, imitating bobbing up and down in the boat, clutching his broadcast equipment.

“For two days, we were on that boat,” Eric remembered. Then, raising his voice to the pitch of an excited commentator: “We found some silver fins that will blow your mind!”

Eric said what they don’t want is “shortcuts, and automation, and voice tracking —”

Tiffany finished his thought. “—and remote broadcasting, just … not local. Not live.

“And that’s what we want to do is bring back live, local, community-centered broadcasting.”

The station traded hands several times from 1998 to the early 2000s, each time stepping further back from personal broadcasting into the kind of generic automation the Millers seem vehemently against.

Eric said the station’s reactivation on June 1 was the first time the station mentioned Franklin County towns outside St. Albans in at least five years — which is why, he said, few people knew the station existed in its intermittent years of operation after 1998.

“How do they expect to live as a radio station if they don’t talk about, or talk to, the people who could hear said radio station?” Eric asked.

“And that’s our whole thing.”

Eric and Tiffany directed people to the contact portion of the station’s website, which has an email address and a phone number where people can reach the station.

“Tell us what you want to hear,” Eric said.

Eventually, that broadcast will reach most of Franklin County. Trees and forestation obscures portions of the station’s tower on Lower Newton Road, in St. Albans, for now, limiting WRSA’s broadcast range. Eric said it stretches to somewhere near those first hills of Fairfield now, but he also said he plans to clear those obstacles in the immediate future.

Soon thereafter, WRSA will broadcast on FM radio as well at 100.3. But the Millers remain big fans of AM radio for its reach, which, unlike FM radio, carries beyond mountains, hills and tall buildings, a useful strength in Vermont.

Don’t be turned off if the station currently sounds, well, a little automated. It is. Tiffany said the Millers hope to take the station live within the coming weeks.

Soon they’ll be canvassing the county for staff. The Millers said they want to hire local people who can speak to listeners’ interests.

The Millers themselves are moving from North Carolina. Tiffany has run several businesses. Eric is a career broadcaster.

All it takes is a few spoken words and it’s clear Eric has a voice made for radio, low, consistent and warm. But he also has a flair for creative programming.

In one recent program down south, Eric featured a movie set snake handler. Eric individually miked each of the handler’s seven rattlesnakes, and began the show with, “Well, the snakes are on the air.”

And then he prompted them with statements — for example, “There should be no war in the Gulf.” To which the snakes responded with a simultaneous rattle.

Tiffany said two of the couple’s daughters were torn between where the family, frequent movers, should relocate next. One voted for the State of Washington, the other for Canada.

When the Millers discovered the St. Albans station for sale, the latter won.

At the center of the Millers’ conversation with the Messenger was an experience that seemed to sum up the Millers’ approach to radio.

A contractor helping Eric set up the station tuned in the morning after a conversation with Eric to hear exactly what he’d mentioned on the radio.

“He said, ‘It was as if you were listening to me yesterday,’” Eric recalled. “And I said, ‘Wow. Imagine that.’”

Visit the station’s website at radiostalbans.us, or tune into 1420 AM.