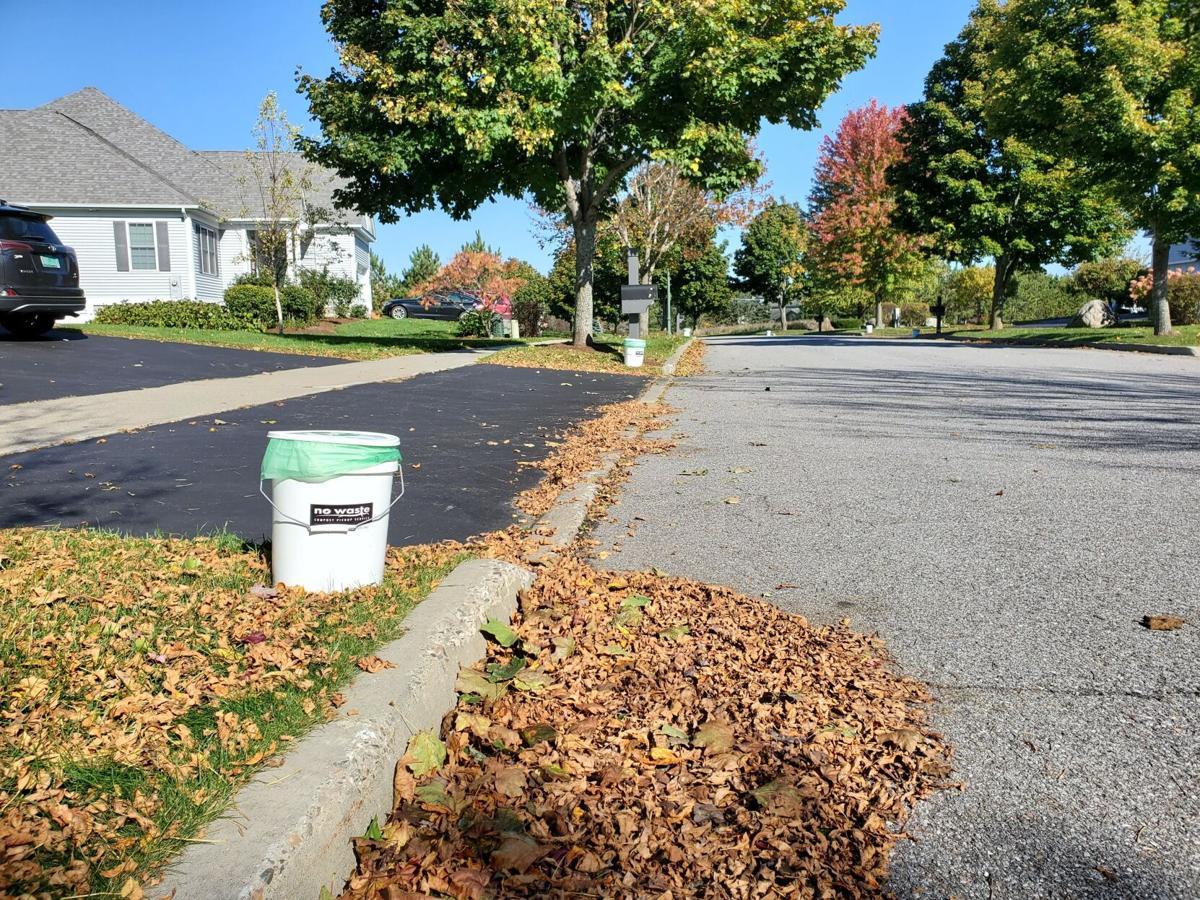 A resident's 5-gallon food scrap bucket awaits pick up by No Waste Compost. 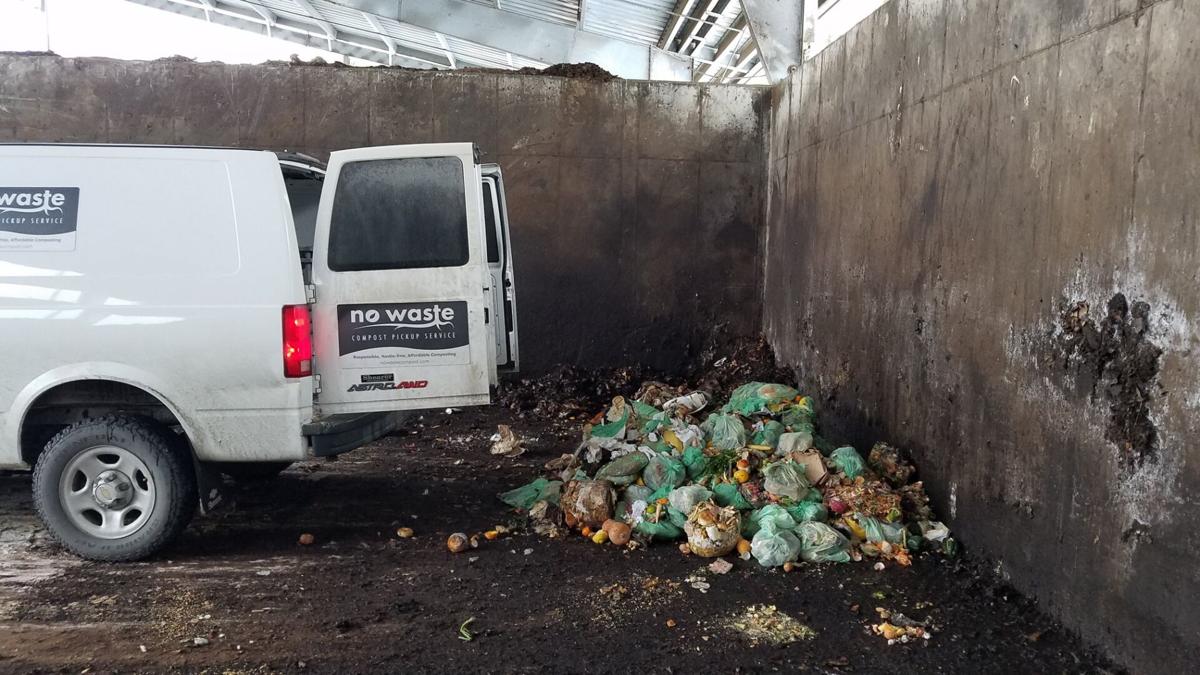 No Waste Compost brings the food scraps it collects to Green Mountain Compost in Williston. Scraps are then turned into compost and other compost-based products.

ST. ALBANS — No Waste Compost, a food scrap collection company headquartered in Essex Junction, made its first pick-up in St. Albans on Friday.

In 2021, the small business serviced over 3,000 customers in Chittenden County and diverted more than 700,000 pounds of organic material from landfills.

General manager Jericho King told the Messenger servicing residents in St. Albans City and Town is a move the company has been wanting to make for some time.

“This is a strategic time to do so,” he said, because the Northwest Solid Waste District (NWSWD) has paused new sign-ups for its home compost pick-up program, Close the Loop.

In February 2021, NWSWD executive director John Leddy told the Messenger that during the pandemic, subscriptions to Close the Loop increased dramatically. From the time the program started in 2016 to the end of 2019, 300 households registered for curbside pick up, but in just the six months between January and July 2020, 100 more households registered.

The uptick in subscriptions can also be attributed to Act 148, Vermont’s recycling and compost law that went into effect on July 1, 2020. Residents are now required to separate their food scraps — like banana peels and coffee grinds — into separate containers and either compost in their backyards or utilize local drop-offs or curbside pick-up.

So far, King said, a handful of St. Albans residents have subscribed to No Waste Compost. They simply fill their 5-gallon bucket with food scraps, beverages, condiments, fats, oils, egg shells, nuts, garden scraps and fruit skins and place it at the end of their driveway on Fridays.

The company is offering biweekly and monthly pick-ups for St. Albans residents at $15 and $10, respectively.

For now, all food waste collected in the city and the town will be hauled back to Green Mountain Compost in Williston. But King said he hopes to talk with Sarah Coons at Hudak Farm in Swanton about bringing food scraps there in the future.

Hudak Farm is where NWSWD brings its residential and commercial food waste hauls.

The next community King hopes to expand to is Milton. He also sees an opportunity to service greater Franklin County.

“We’re looking for partnerships, and I'll be keeping up with NWSWD to see what they'll be doing in the future,” King said.

No Waste Compost was started in 2016 by Jack Wollman and Cameron Scott to offer Vermonters the opportunity to reduce greenhouse gasses and provide nutrients to the local food system.

“We're excited to make this move,” King said. “We're excited for expansion, and we’re looking forward to what’s to come in 2022.”

Bridget Higdon is the Messenger's Managing Editor. She was previously a staff writer and before that the editor-in-chief of The Vermont Cynic, UVM's independent newspaper. She loves to explore Vermont by bike and do the snow dance.