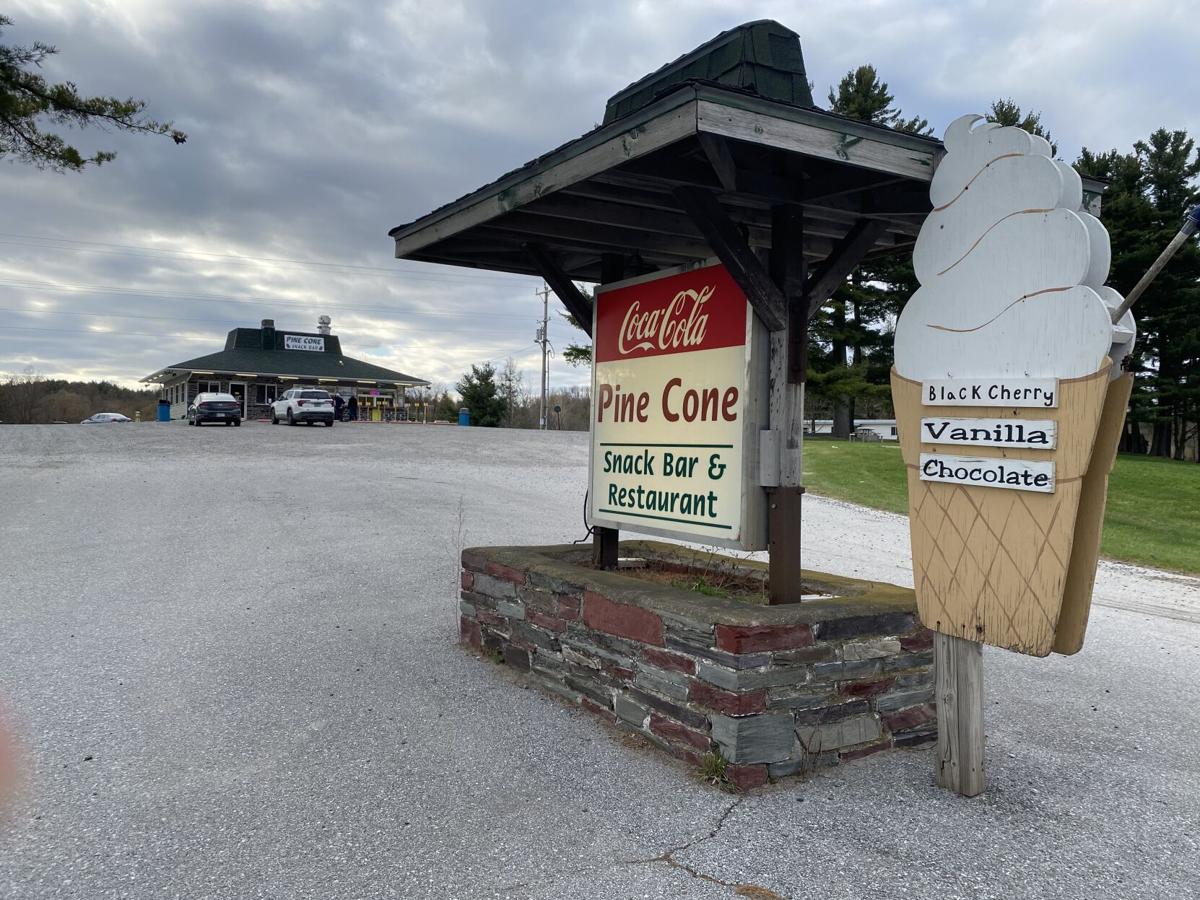 The Pine Cone sign sits at the entryway to the famous local eatery on Monday. 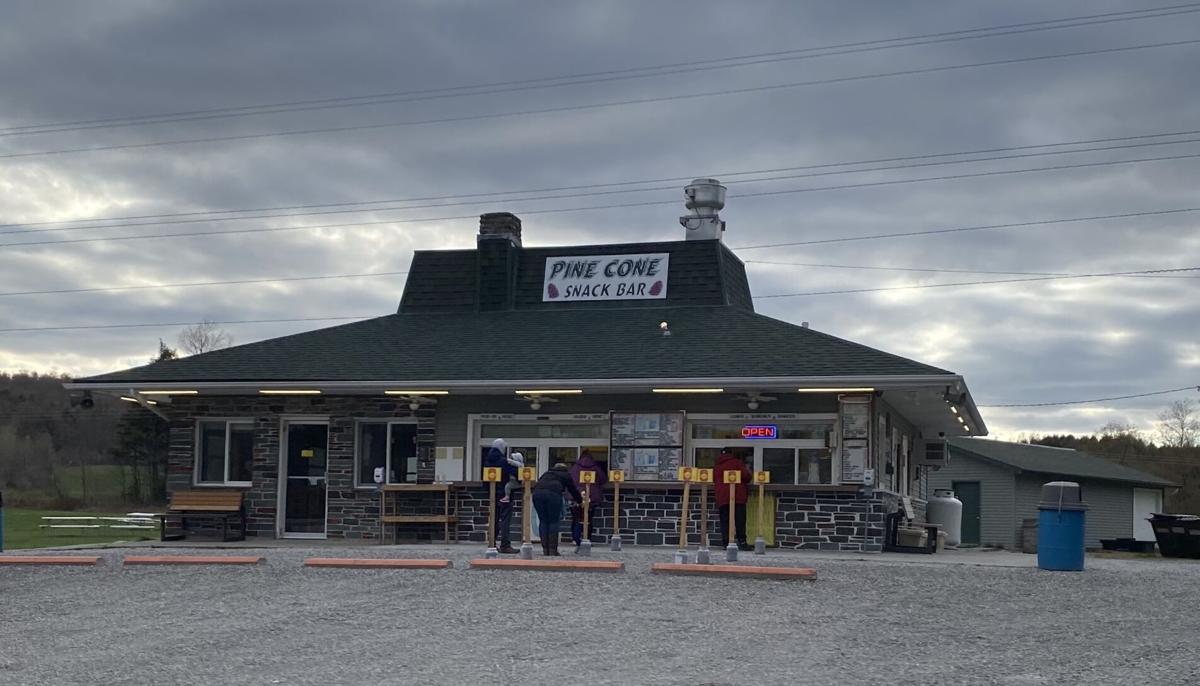 Patrons line up for a meal at The Pine Cone on Monday.

The Pine Cone sign sits at the entryway to the famous local eatery on Monday.

Patrons line up for a meal at The Pine Cone on Monday.

EAST BERKSHIRE — After being shuttered last summer due to COVID-19, The Pine Cone Snackbar is back open for business.

The Pine Cone was built by Burt Lussier in 1971 and has had tremendous success since it was opened. For years it was the only family-style outdoor eatery on this side of Franklin County.

Melissa Bonnet and her husband Bill bought the structure — and 10 acres it sits on — in 2007 from his nephew and niece. Bill graduated from high school in Richford and wanted to start visiting the area for summer.

“My husband got to talking to them one day and they said, ‘Well, you know...uncle Bill, the Pine Cone is up for sale,’ so my husband bought it because he thought I would be bored in summers,” Melissa says with a chuckle.

The Bonnets previously owned a 20-acre farm in West Virginia. They had 48 goats and 15 llamas at one point. When they settled in Vermont, they scaled down their number of animals. For a time, llamas could be seen grazing outside the eatery.

"It’s more than just a job. It’s a lifestyle and I like it that way.” — Melissa Bonnet

The menu for the Pine Cone has also always been a part of its popular appeal. For starters, there are poppers, fried mushrooms and boneless Buffalo wings. It also offers a wide array of sandwiches, burgers, wraps, platters and dinners and a great creemee.

Monthly car shows during the summer have also been a popular attraction and there’s an 18-hole mini-golf course too.

But COVID-19 forced the closure of the eatery last year.

Melissa says she has run into some health issues recently and with the right offer, she would consider selling the Pine Cone.

“It’s very hard and you know, I’ve got my Pine Cone family to think about, so you know you have a responsibility to people too, so yes it’s for sale and no it’s not for sale,” she said.

”People have asked me several times, Why don’t you upgrade this, why don’t you do this? Why don’t you do things different. I say, ‘Well, you know? It has a nostalgic feel. It kinda is what it is and what it was.’ It’s more than just a job. It’s a lifestyle and I like it that way,” says Bonnet.