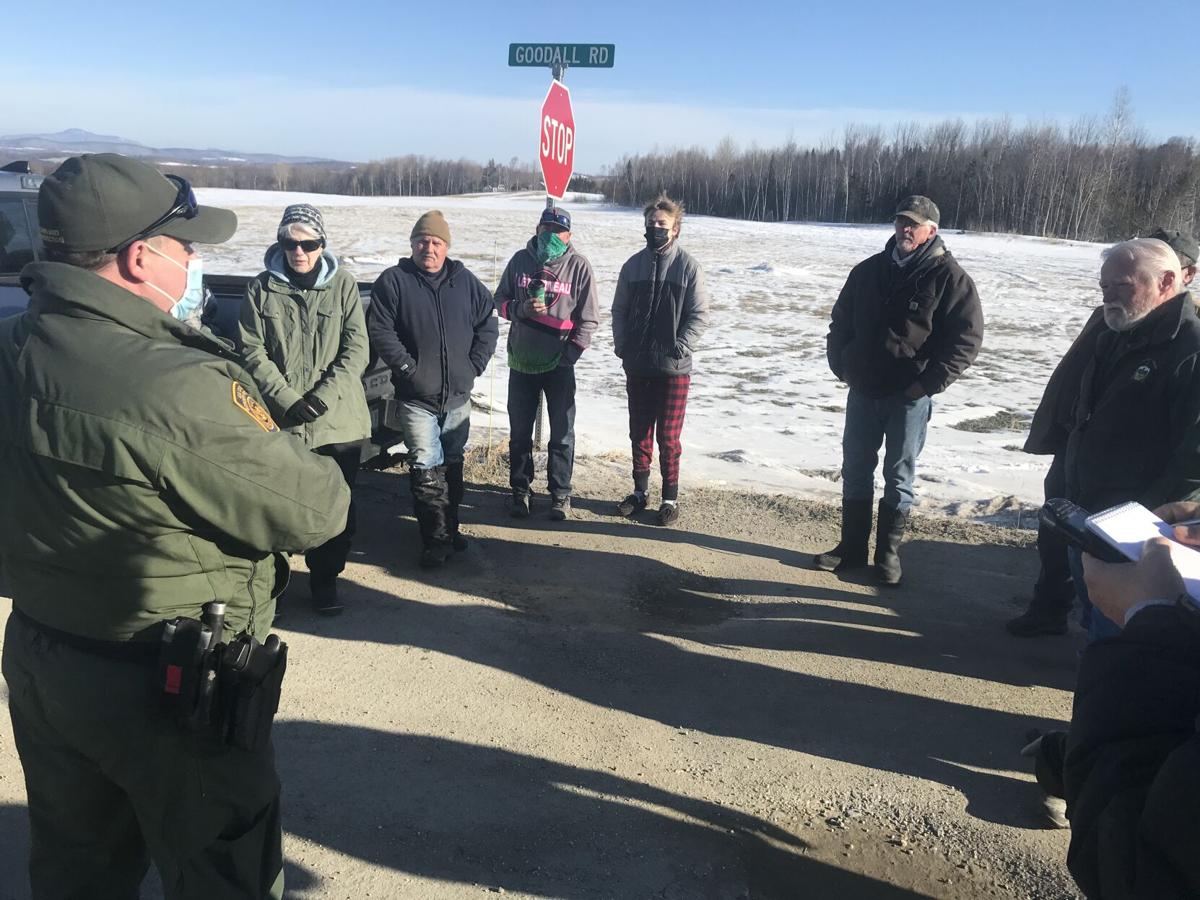 Residents of Derby meet with officers from {span}U.S. {/span}{span class=”il”}Customs{/span}{span} and Border Protection Wednesday. A congressional delegation is calling for a 60-day extension of the public comment period into a federal plan to build a line of video-surveillance towers along Vermont’s northern border. {/span} 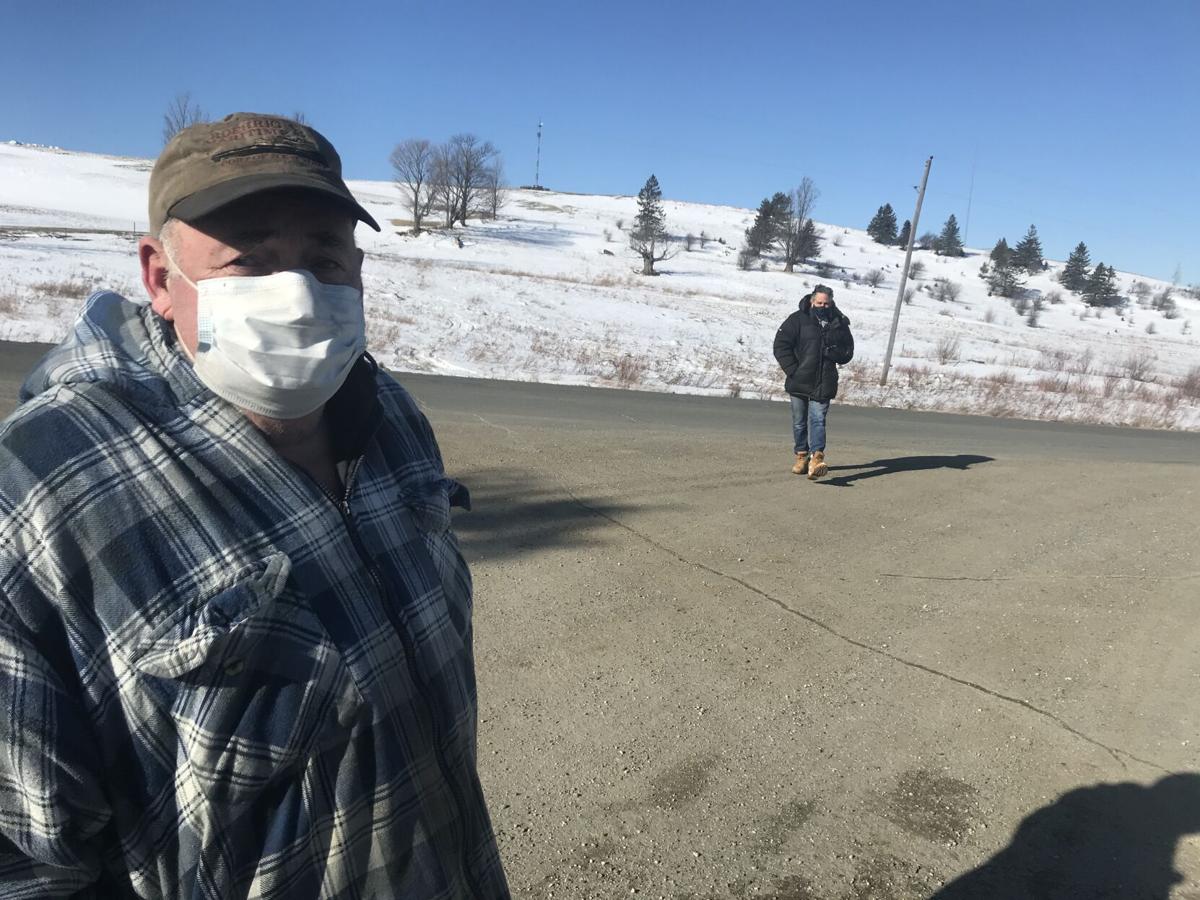 Derby resident Philippe Letourneau stands in front of the hill where Customs and Border Protection are preparing to install a tower with remote operated cameras. 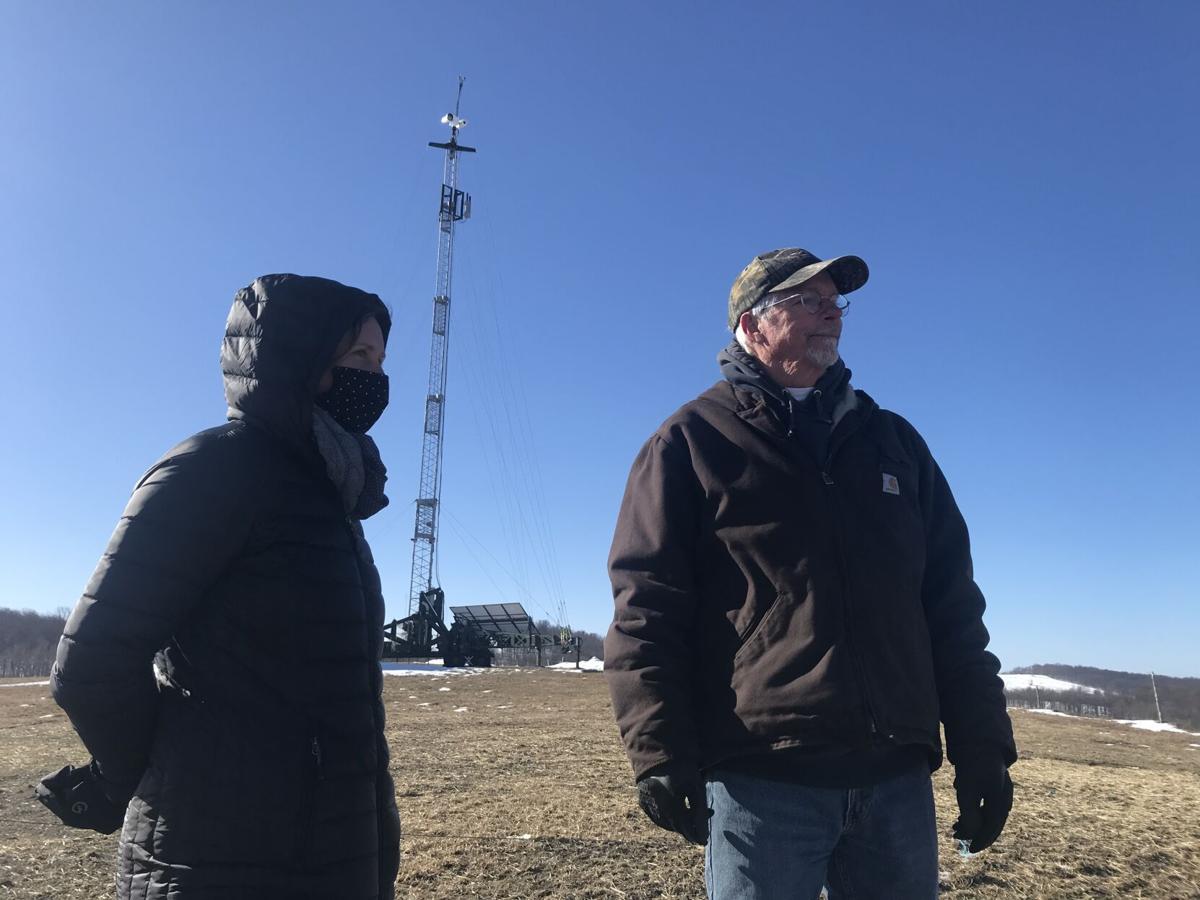 Derby resident Bryan Davis stands in front of a mobile tower, overlooking his property, that US Customs and Border Patrol installed last fall.

Residents of Derby meet with officers from {span}U.S. {/span}{span class=”il”}Customs{/span}{span} and Border Protection Wednesday. A congressional delegation is calling for a 60-day extension of the public comment period into a federal plan to build a line of video-surveillance towers along Vermont’s northern border. {/span}

Derby resident Philippe Letourneau stands in front of the hill where Customs and Border Protection are preparing to install a tower with remote operated cameras.

Derby resident Bryan Davis stands in front of a mobile tower, overlooking his property, that US Customs and Border Patrol installed last fall.

MONTPELIER — Lawmakers are calling for a 60-day extension of the public comment period on a federal plan to build a line of video-surveillance towers along Vermont’s northern border with Canada. The comment period ended March 15.

Their statement comes the day after Attorney General T.J. Donovan released comments on the program. Donovan said, “CBP has failed to make a compelling case that the scale and scope of the proposed surveillance is ultimately necessary, and it has failed to adequately take into account Vermonters’ privacy concerns.”

“These safeguards and protocols should ensure that Vermonters are free from intrusive 24-hour surveillance while living or visiting near the border for legitimate reasons,” The AG said.

The plan, called the “Northern Border Security Surveillance System,” proposes the placement of eight 100- to 120-foot-tall towers with 360 degree cameras on the border in Vermont, including in two in Highgate, two in Richford, one in Franklin, two in Derby and one in Troy.

Mike Niezgoda, public affairs officer for U.S. Customs and Border Protection (CBP), says that there are currently areas along the U.S.-Canada border in the Swanton Sector Area of Responsibility where cross-border violators smuggle goods across the border along remote trails and roads.

Richford Selectboard Chair Linda Collins said she only learned about the project upon reading it in the Messenger.

“Border patrol has used our Richford carmeras before. I know they are small potatoes compared to what they are planning, but they have also solved some crimes for them, which they won’t tell you about,” she said.

David Bennion, chair of the Franklin Selectboard, says he doesn’t feel that there’s a sufficient problem to justify the expense.

“We see the border patrol in town on a very, very regular basis. They do a wonderful job. There may be some people slipping by, but it’s not like the southern border where we have masses of people coming across. It seems like overkill,” Bennion said in an interview with the Messenger.

While CBP says the plan has been in place for five years, residents like Vicky Lewis, of Derby, who says she only recently heard about the proposal, are crying foul.

“There was nothing posted locally and if I had not read an article online I would not have known about the proposed project and deadline date. The lack of knowledge for local residents impacts their right to respond and be a part of the process … Definitely concerning,” she said.

The issue of privacy too is a top concern for many residents. In Derby, this is highlighted by a feud between two neighbors who were once friends. CBP put up a mobile tower last fall on a hill overlooking the border in that village, but have plans to replace that with a permanent structure, adding more cameras in the process.

On one side is former dairy farmer Bryan Davis. Davis, who’s lived in the location for 66 years, says that the camera, which would replace a mobile tower that’s already on the property, would invade his privacy, as well as the privacy of his daughter’s family who live just below the tower.

“I think they’re an invasion of our privacy, not just our privacy but anyone else who lives near the darn things,” says Davis. “They want to put it right in the corner abutting our property. This is totally wrong.”

On the other side is his neighbor, Philippe Letourneau, on who’s property the tower sits. Letourneau says CBP came to him five years ago with the plan.

“There’s been a lot of activity across here. I’ve been here since I was 5 years old and I’m 80 now, so I’ve seen a lot of stuff,” Letourneau says. “These aliens come over and rob your house, would they still be against these towers? This is to protect the border. It’s not anything else. I’m not worried about people looking in my windows.”

Davis says that he only found out about the project at the Derby Selectboard meeting last week.

Border patrol on the Derby line wouldn’t speculate on how many crossings there are per year, but did say that it’s an almost daily occurrence here.

“The more I learn about how high these towers will be and four cameras on each tower ... they all swivel ... no, I’m opposed to the whole thing now.”

“Bryan and I have been neighbors and friends but the friendship is gone. Gone forever. Once you burn me, that’s it. I’m not going back,” says Letourneau.

After the comment period is over, the next step in the process is the issuance of a final environmental impact statement. No date for that has been set, and no timetable for construction has been issued.