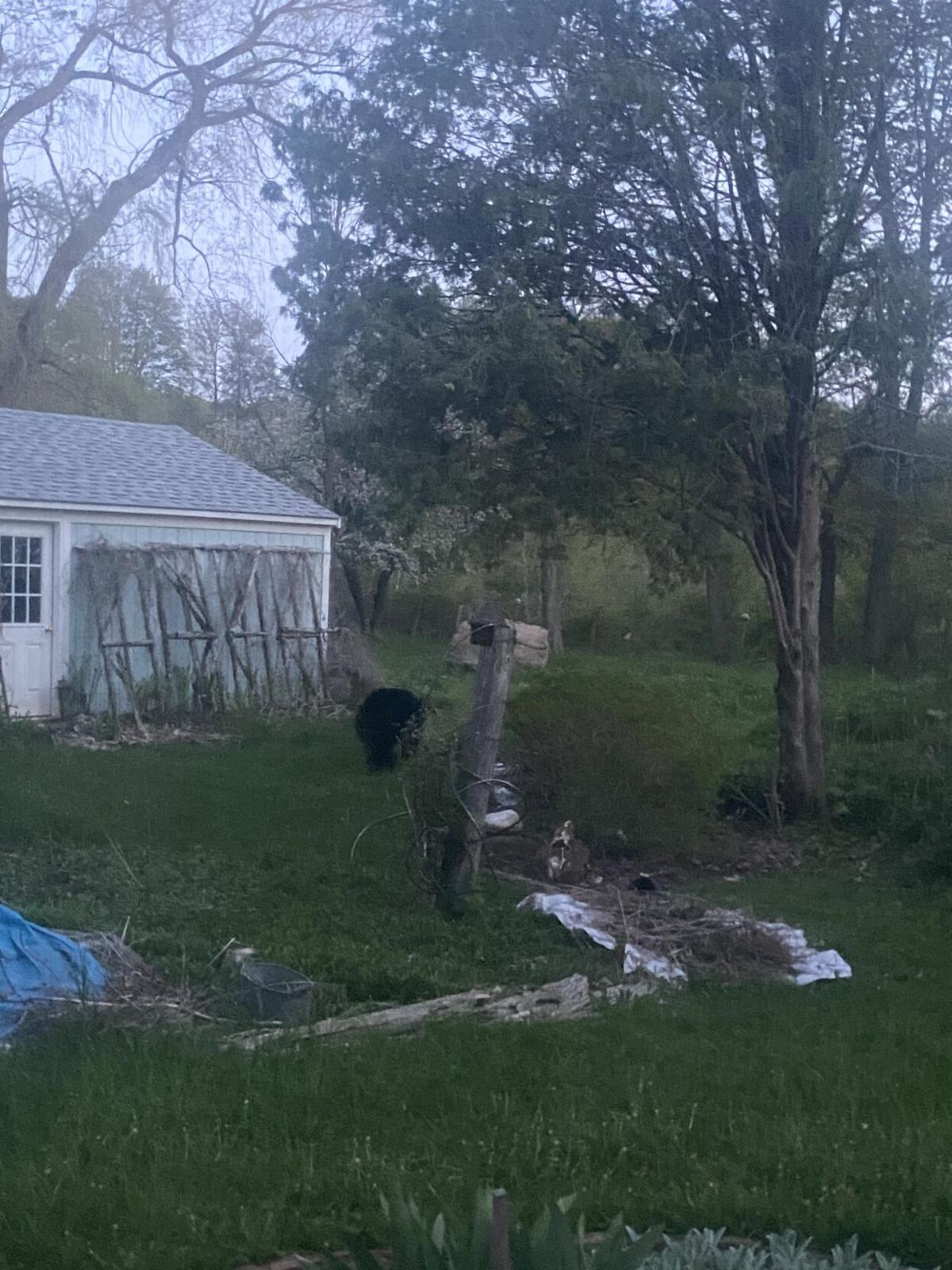 A visit in St. Albans by a 2-year-old black bear has some residents startled. 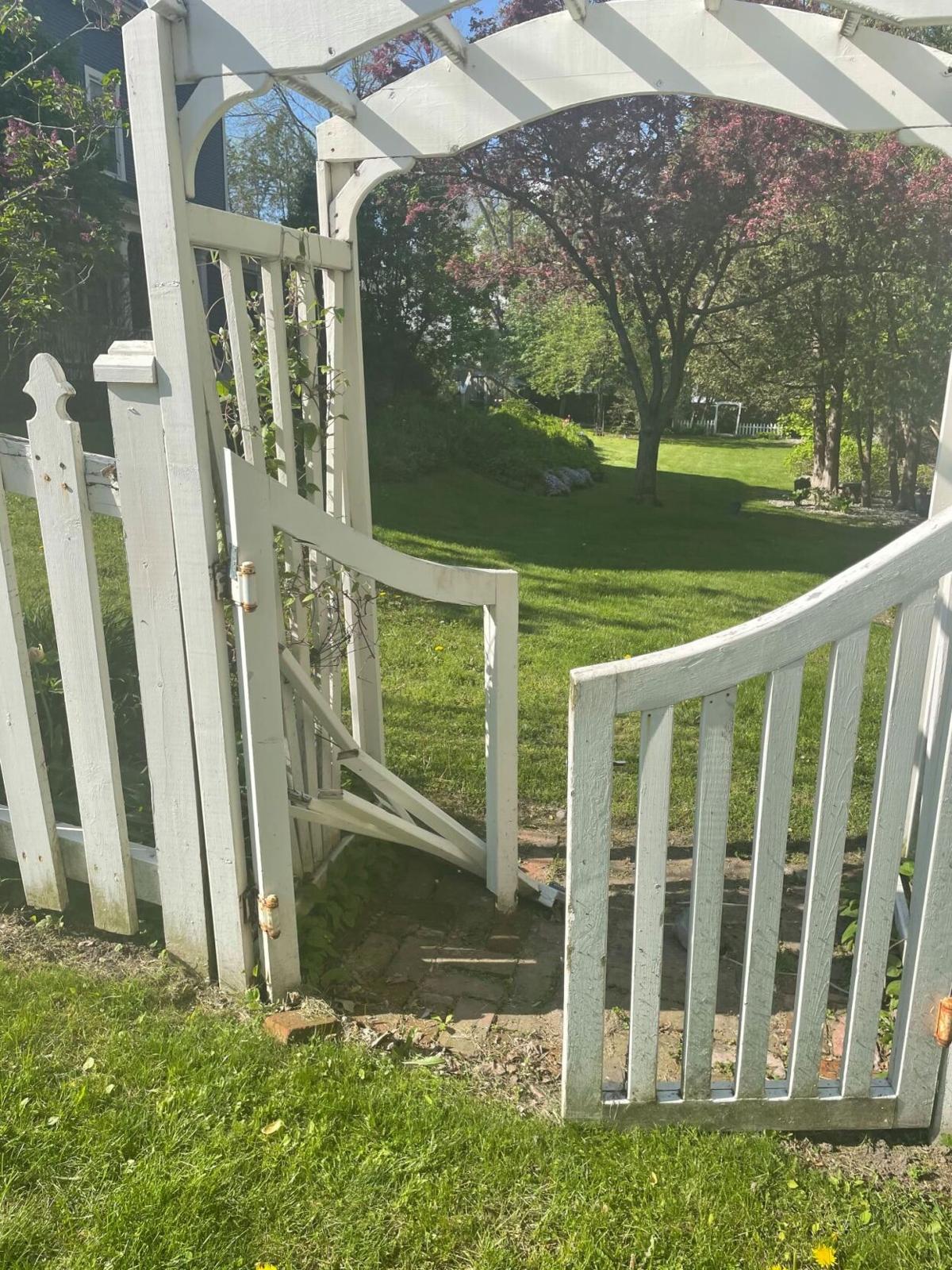 A two-year-old black bear damaged a fence at the Back Inn Time Bed & Breakfast in St. Albans this weekend. This is the second visit from the bear to the location.

A visit in St. Albans by a 2-year-old black bear has some residents startled.

A two-year-old black bear damaged a fence at the Back Inn Time Bed & Breakfast in St. Albans this weekend. This is the second visit from the bear to the location.

ST. ALBANS CITY — Multiple accounts of a bear sighting in St. Albans over the weekend has left some residents startled.

The bear, thought to be a 2-year-old black bear, was first spotted on Diamond Street ten days ago. But it’s most recent appearance happened this weekend.

Peltier says this is her second experience with the animal.

Composting tips to keep bears away

By adding these "brown materials" to your compost, it'll help cut down on the smell:

“I looked up in the tree to see if it had possibly gone up there. I think it just stood up on its hind legs to reach the wiring for the bird feeder and snapped it,” says Peltier.

She says she was able to get in touch with the game warden who told her that the animal has most likely been separated from its mother.

Vermont’s bear population is currently estimated to be somewhere in the range of 4,500 to 6,000 bears, according to the Vermont Fish & Wildlife 2019 Black Bear Harvest Report.

Peltier says the game warden recommends covering up compost at night and bringing in bird feeders.

“The first time I had to replace the bird feeders. We did that and it hit us again,” she says.

“It destroyed two feeders--twice. I don’t think it’s attracted to my compost, but my feeders, so I have been bringing them in at night now. I believe in being as earth friendly as possible, but just for this week, I won’t be composting.” says Peltier.

Vermont Fish & Wildlife’s website says that if you see a bear in a residential area or you encounter an aggressive bear, to contact them immediately.

“People often encourage bears to come out of the forest by providing food without realizing it. When bears become used to these food sources and have frequent contact with humans they are often considered ‘nuisance bears.’ This is bad news for the bears. Relocating a nuisance bear is nearly impossible and frequently they must be killed,” according to Vermont Fish and Wildlife.

The nonprofit organization Protect Our Wildlife Vermont recommends adding brown materials to your compost to help cut down on the smell. These include, fallen leaves, sawdust, straw and coffee filters.

For Peltier, keeping the community safe and calm is important.

“Everyone is up in arms about the game warden possibly killing the bear. They need to know that there are other ways,” she says.{p dir=”ltr”}{span}She says she’d like to see the animal tranquilized and moved back to a habitable location and, {/span}“I’m paying to have my gate fixed today!” she says.