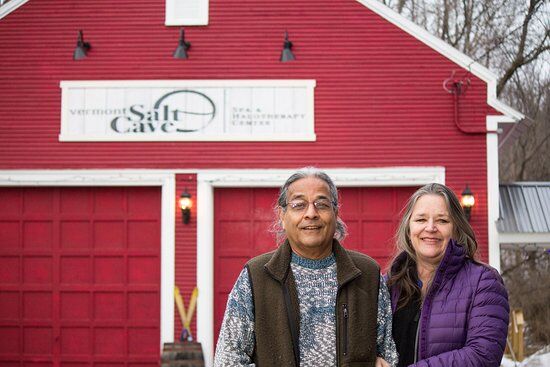 Nafis and Sarita Khan opened the Vermont Salt Cave five years ago. They say business and expansion efforts have been hurt by an aging septic and lack of water in Montgomery. The town will vote in a special election on May 24 to approve a tax no greater than 6 cents per $100 on assessed property value. 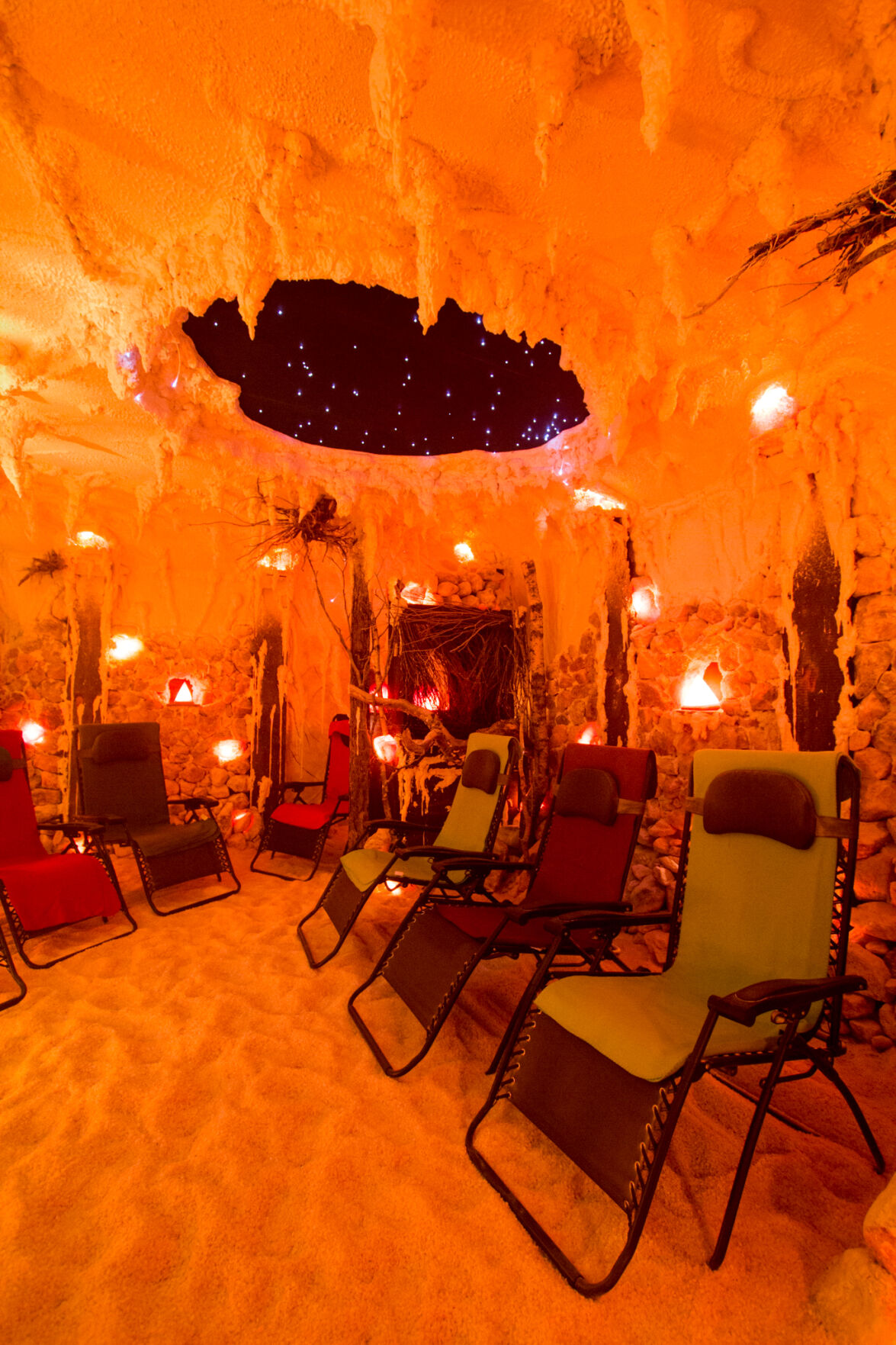 The Vermont Salt Cave is on Main Street in Montgomery. Currently, 92% of existing systems in Montgomery Center and Village are on small lots without suitable replacement options.

Nafis and Sarita Khan opened the Vermont Salt Cave five years ago. They say business and expansion efforts have been hurt by an aging septic and lack of water in Montgomery. The town will vote in a special election on May 24 to approve a tax no greater than 6 cents per $100 on assessed property value.

The Vermont Salt Cave is on Main Street in Montgomery. Currently, 92% of existing systems in Montgomery Center and Village are on small lots without suitable replacement options.

MONTGOMERY — Two petitions — one to allow ATVs on town roads and another to implement a special tax — are bringing issues struck down on Town Meeting Day back before voters in Montgomery, in a special election to be held on May 24.

The selectboard reviewed the two petitions at its April 5 meeting and approved the new vote unanimously.

The first, directed at Article 6 — which received 175 “yes” votes and 190 “no” votes on Town Meeting Day — seeks to approve a tax no greater than 6 cents per $100 on assessed property value, to be put in a sewer reserve fund. That fund would allow the town to pay back debt obligations related to Montgomery’s planned $11.8 million wastewater system.

A wastewater system has long been planned in the town. Currently, 92% of existing systems in Montgomery Center and Village are on small lots without suitable replacement options. In 2020, the town qualified for a USDA Rural Development grant that would cover 75% of the project and a loan with an interest rate of 1%.

Montgomery has recently been mentioned as a possible recipient of federal funding through the American Rescue Plan and the town submitted a request two weeks ago with the office of Rep. Peter Welch, D-Vt., for an additional $3 million that would cover the gap that was created by the failure of the article.

Sarita Khan owns the Vermont Salt Cave Spa, which opened five years ago. Khan says that the Main Street facility is on an aging septic system and lacks water. This has stifled plans to build a complete wellness center upstairs, which would include acupuncture and chiropractic services.

“I have to send people out in the dead of winter to the coach house in front to use the bathroom facilities because I could not get permission to put in a toilet here or a restroom because I’m on a septic,” says Khan.

She says that the issue has become one of individual versus business.

“It didn’t used to be like this. I don’t know if this is the result of a pandemic or what, but I mean good God. If they had done it 30 years ago we wouldn’t even be facing this issue,” she said.

Khan says she thinks that residents are also confused about the article.

“I think people feel that if property values go up because of increased value with the sewer system in there, that that corresponds to higher property taxes, which is not the case because you lower the rate. But I don’t think they see that,” she says.

The other petition, for Article 9 — which failed with 175 “yes” and 196 “no” votes — would direct the selectboard to amend the town of Montgomery’s all terrain vehicle ordinance to authorize the use of ATVs on all town roads, and to the extent permitted by the state, along Vermont State Routes 118 and 242.

This petition was formulated by resident Brad Alexander. Alexander says that ATVs will allow businesses to thrive in the community.

“With the amount of traffic that’s coming through there now, in the summertime, it definitely slows down quite a bit and the ability of these side-by-sides and four-wheelers to make these businesses look like they do in the winter when these snowmobiles are in full swing, they’re gonna profit from that,” said Alexander.

The request seeks to open up Montgomery’s roads legally to the other end of Highway 58, bridging the gap between the town of Westfield and Richford, which have both already opened their roads, as well as opening Highways 118 and 242.

However, for permission to open 118 and 242, the town would have to make a request with the Vermont Agency of Transportation, which would work closely with the Vermont ATV Sportsman Association in deciding if a connection is both safe and necessary.

Alexander says that he thinks there is a stigma related to ATVs that makes the issue contentious.

“You’re always going to have a couple of bad apples that are going to try and spoil the bushel. But there are a lot of very conscious operators out there, they’re very experienced operators,” says Alexander.