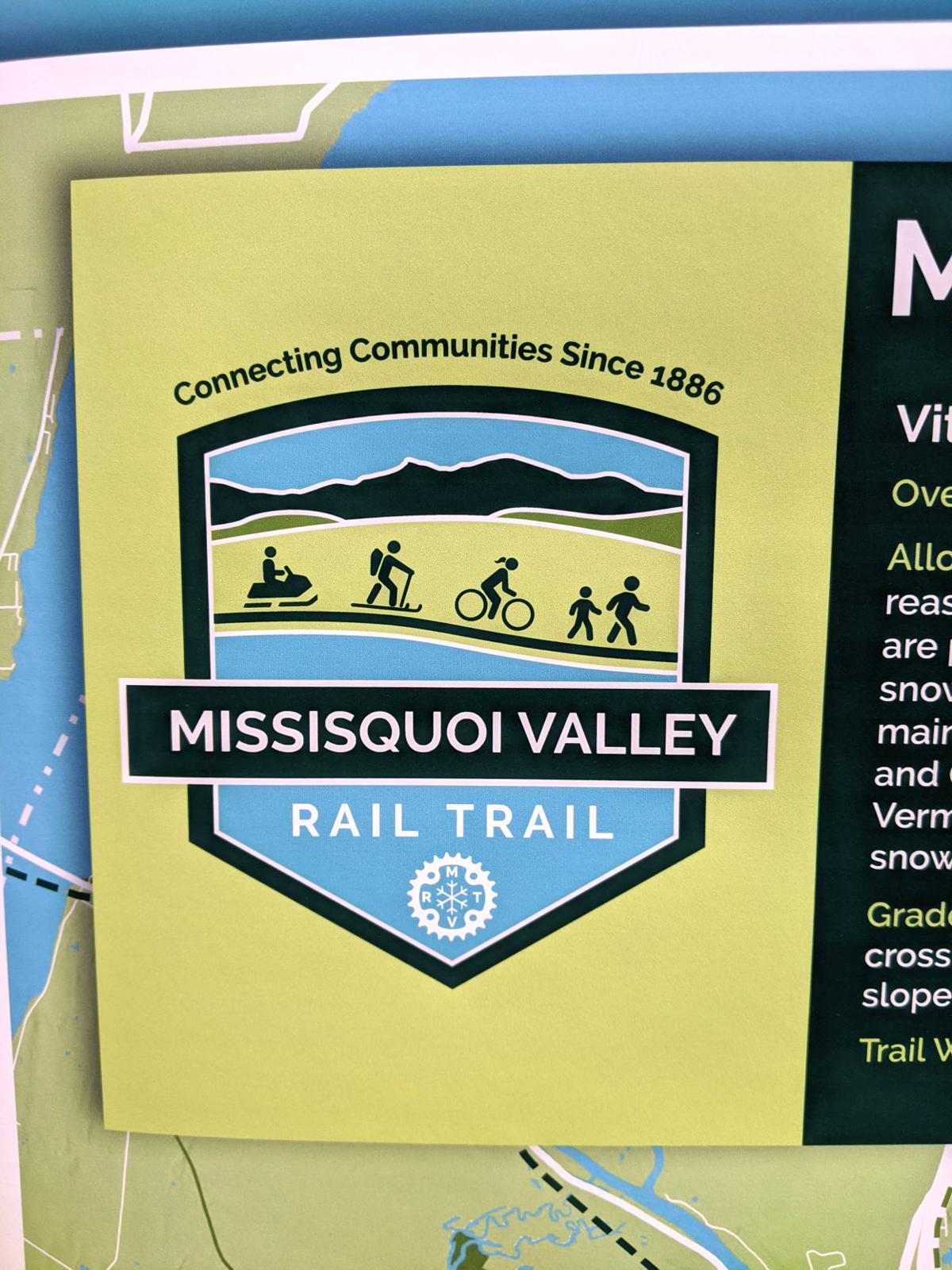 The Missisquoi Valley Rail Trail’s new logo, as designed by the SE Group. 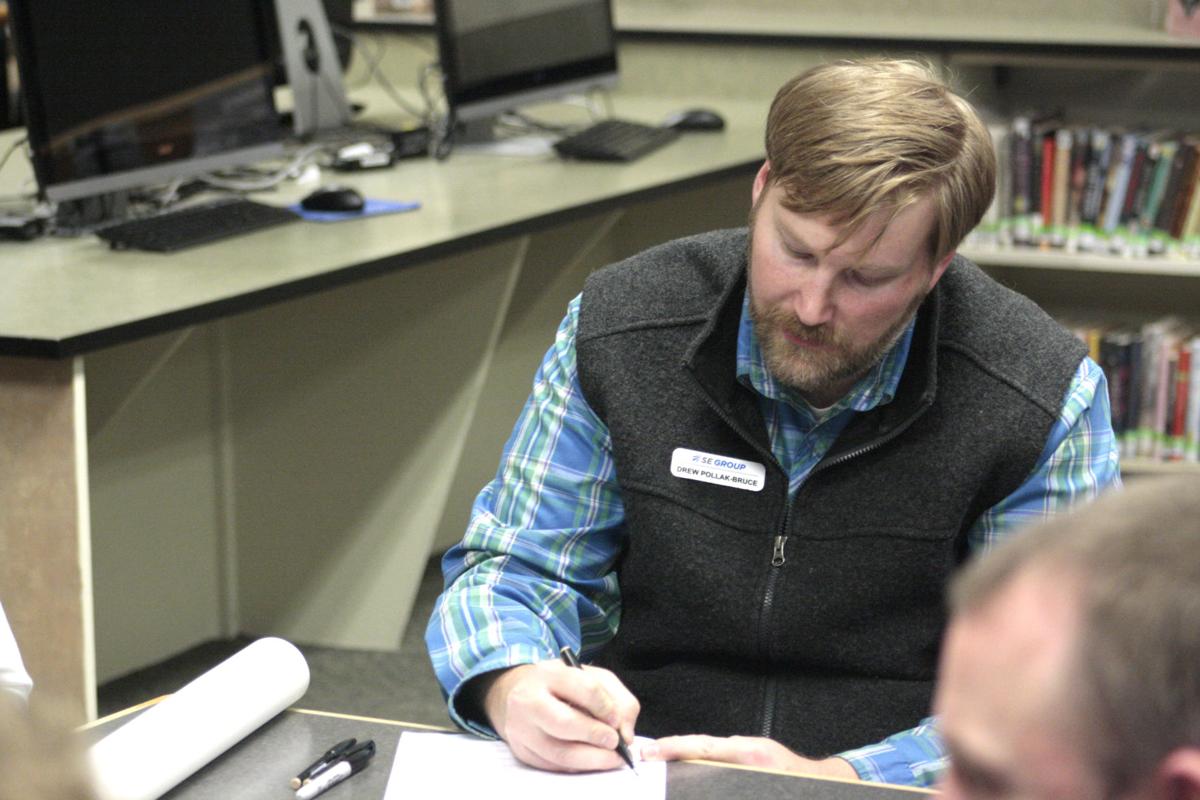 The Missisquoi Valley Rail Trail’s new logo, as designed by the SE Group.

ENOSBURGH — The SE Group presented the final stage of its work in designing new wayfinding and marketing strategies for the Missisquoi Valley Rail Trail Wednesday night.

The consulting firm, which has become a presence here, designing both the Vital Village downtown plan and a plan to expand the community recreation fields, has worked on the MVRT project for more than a year.

A sizable federal grant from the Northern Border Regional Commission funds a significant portion of the project, aided by the Northwest Regional Planning Commission’s Vermont Agency of Transportation funding. What’s unusual is that the project includes funding not just for planning, but also for the implementation of those plans.

The firm’s task has essentially been this: improving travel along the trail while also expanding the trail’s presence, specifically through a clear branding and marketing strategy tied into businesses that line the roughly 26-mile trail.

“We’re really trying to increase the economic and tourism impact of the trail,” Pollak-Bruce said.

First, he said, planners had to gauge trail traffic. The SE Group set up three electronic counters on the trail in fall 2019, one in St. Albans, one in Sheldon Junction and one in Richford. The group had previously set up trail counters in Enosburgh for the Vital Village project.

Not that winter usage is inconsequential — Pollak-Bruce said snowmobilers’ spending profiles are among the highest of all trail users.

Based on modeling using the state’s tourism surveys and the Vermont Agency of Commerce and Community Development’s tourism spending profiles, the SE Group estimated the MVRT’s annual economic impact is $1.9 million of sales activity, supporting just shy of 32 full-time jobs.

“Part of that is because those local folks don’t spend much per day,” Pollak-Bruce said, showing an estimated average of around $11. “But those overnight folks spend a lot more per day.”

Growing that non-local visitation by just 20 percent could raise an additional $300,000 connected to the trail, per SE Group estimates. Pollak-Bruce recommended “really focusing on encouraging local folks to use the trail for all those benefits of health and wellness and quality of life, but also trying to bring additional visitors in to spend money here in the region.”

The SE Group asserts branding is crucial in drawing new trail users. Pollak-Bruce said the ideal brand promise says “this is what you’ll see on the trail.”

To that end, an SE Group-designed logo for the MVRT was a key point of Wednesday’s presentation.

“A logo is important to the brand,” Pollak-Bruce said. “It’s a visual recognition of what it is, and you want to be communicating some of those key messaging through the logo.”

SE Group planners worked to incorporate “key messages” into the logo design: “the river, wildlife and habitat, birding ... sense of place and the scenery and the views of... connecting communities.”

Pollak-Bruce seemed especially proud of the logo’s slogan, “Connecting communities since 1886,” referring to the trail’s past as a railroad.

Pollak-Bruce also shared sign designs for trailhead and town kiosks along the MVRT, as well as mile marker signage and trail etiquette signs.

A “trail-friendly business program” is central to the SE Group’s marketing strategy. The group has designed window clings for businesses that want to be designated “trail-friendly,” meaning they welcome bicyclists, snowmobilers, whichever visitors might be using the trail. Inclusion in the program would be free, and include listing in a brochure at each trailhead.

“The goal’s really to realize the potential economic benefits of the trail by helping to connect users with the services that they’re looking for,” Pollak-Bruce said.

NRPC planner Greta Brunswick, who manages this project, recently applied for the state’s VOREC Community Grant Program — and according to Pollak-Bruce, program representatives hinted the MVRT has a solid chance of acquiring the program’s grant funding.

That, Pollak-Bruce said, could fund every proposed sign in this project.

When he told those in attendance that putting up the signs will take volunteers, Chip Sawyer, St. Albans City’s planning and development director, said he’ll put up all the mile markers within the city.

Soon thereafter, Jim Cameron said he, and probably Initiative volunteers, will take care of putting up all the mile markets within Enosburgh.

The gathering ended with cheers.