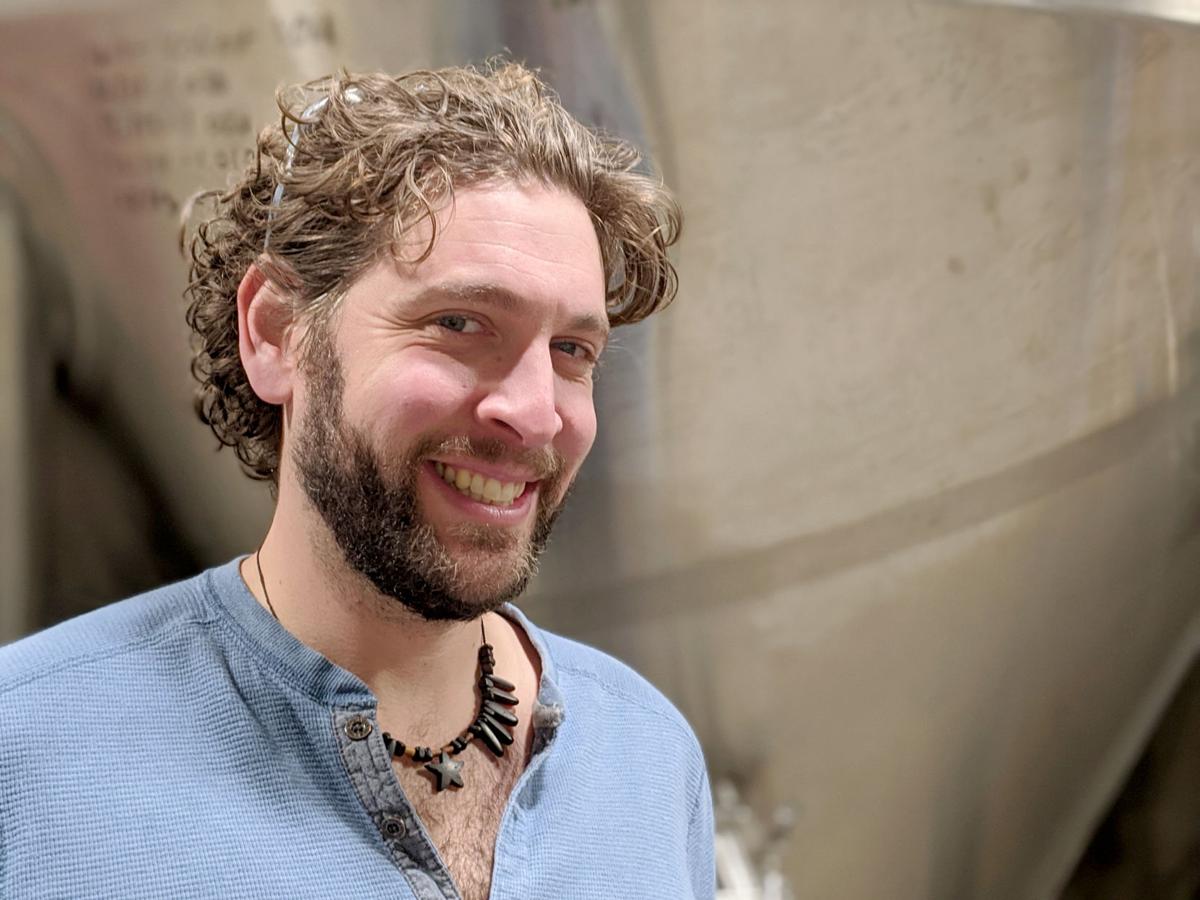 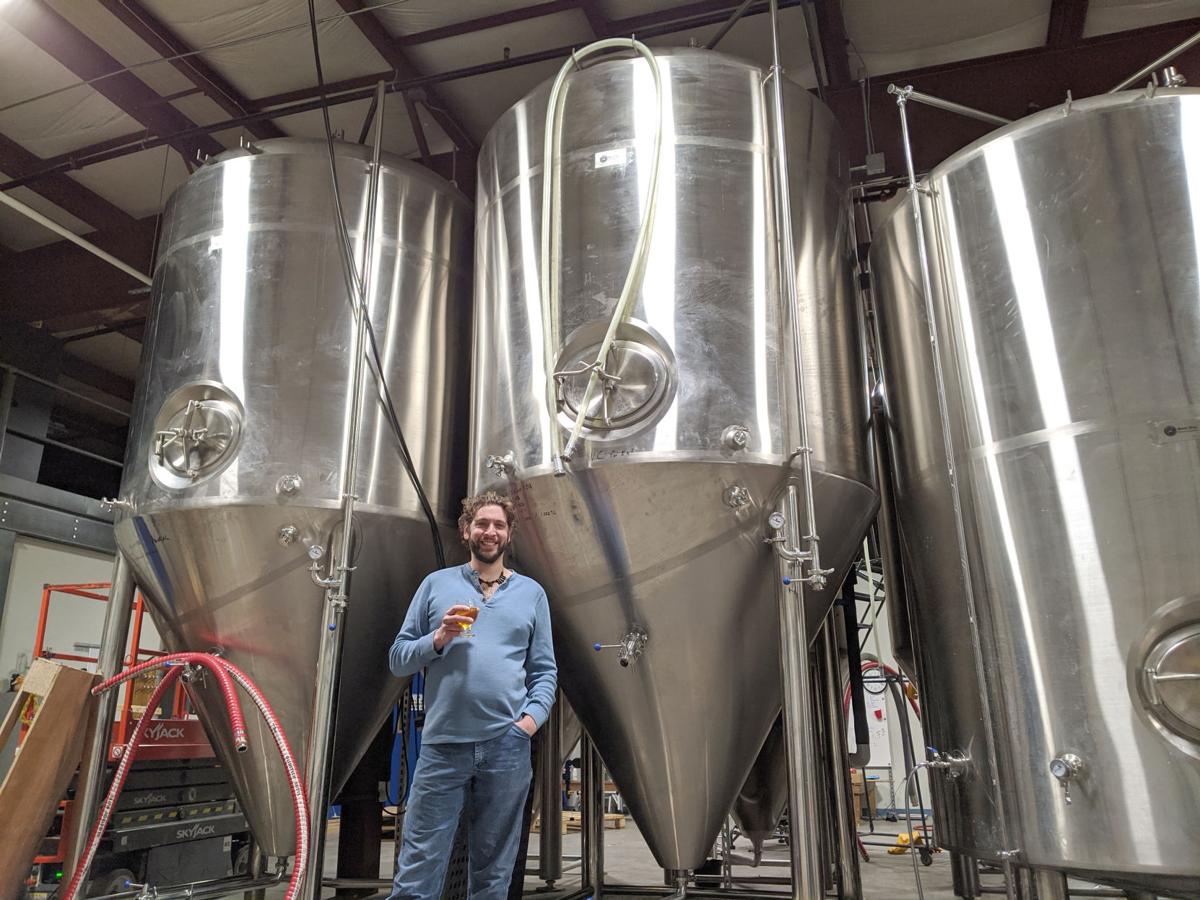 ST. ALBANS — Even at a time and in a state where one can look in any direction and see craft breweries for miles, the Groennfell Meadery stands out.

And the numbers looked astoundingly good. For example, the meadery’s sales grew by about 35 percent in 2019, including widening distribution to states like Massachusetts, where Groennfell’s meads are nearly as popular as they are in Vermont.

Groenfell, as it turns out, is a sweet business — in several ways.

First, of course, there’s the product: varieties of mead from Groennfell’s stalwart Valkyrie’s Choice, a craft mead with 8.5 percent ABV, and Nordic Farmhouse, a saison-style mead with cranberries, to the Root of All Evil Ginger Mead and Psychopomp Sour Cherry Mead produced by Groennfell’s sister company, Havoc Mead.

But the meadery’s sweetness goes further than honey.

Groennfell’s head brewer and co-founder, Ricky Klein, told the Messenger the meadery uses about six percent of the energy that a beer brewer uses to make a pint of alcohol.

Then there’s the water usage. Klein said beer brewing uses four times more water than one finds in a final brewed pint. But he said 85 percent of the water used in the meadery process ends up in the final pint, with honey taking up the rest.

“Almost everything that is in our tank is drinkable at the end,” Klein said, versus the necessary post-brew cleanup before one enjoys beer.

On top of that, Klein said shipping honey uses a fraction of the resources it takes to move grain, which then has to be malted, another energy-intensive process.

So making mead is, naturally, a less energy-intensive process than brewing beer. But Klein showed the Messenger Groennfell is conserving resources even beyond the actual mead-making process.

Breweries often utilize constantly running chillers, ensuring that when a brew tank requires chilling, the temperature can instantly drop. Klein compared it to “running your air conditioner all the time so that when you wanted your house cool, it would be cool.

Indeed, when the Messenger visited, Groennfell’s facility, in the town industrial park, was quiet, entirely devoid of humming machinery.

“We are off the brew cycle,” Klein explained. “There’s no reason to be running that chiller.”

Groennfell’s system is programmed so its brew tanks communicate with the facility’s chiller, only activating it when required. But Groennfell took it one step further and programmed its system to tell time, a rarity for brewing facilities, so that the system can keep track of the Green Mountain Power grid’s peak hours.

Klein said he’d just received the facility’s GMP report ahead of the Messenger‘s visit, and that the Groennfell facility’s average curtailment is closer to 85 percent.

The company has effectively shifted its entire cooling load off GMP’s peak hours, cooling batches from 10 p.m. to 6 a.m., relying on residual mass in the lines to act as a battery, keeping the process going throughout each day.

And that’s had financial benefits for Groennfell, too — Klein said it’s nearly cut the facility’s power bill in half.

On top of that, Klein claims Groennfell is the first and only brewery in New England heating its facility with the metabolic activity of its own yeast, using an ingenious system of recycled and shifted heating parts.

Don’t believe it? Groennfell is an open source company, meaning all of its design plans, “everything we did right down to the programming,” Klein said, is available for those who would like to build the same thing.

Klein seemed proud, but humble about all this.

“It all comes from being really stingy,” he said.

Which is hardly to say it’s all about the money for Klein, a self-professed people person. That shows in Groennfell’s approach to expansion, which Klein described in part as “boots on the ground every single place, which is a very expensive way of doing business, but it’s better to do business expensively than not at all.

As for going through doors, if there’s one thing that Klein seems disheartened about after the company’s move from Colchester, it’s that Groennfell can no longer cultivate the tasting room camaraderie it had there, not far from St. Michael’s College. But he’s excited that Groennfell is now open for regular events, inviting people into an open space near the rear of the building for good drink and food — Groennfell’s own catering, just like in Colchester.

And the events are as unique as the drinks and food. Groennfell recently showed the infamous Star Wars Holiday Special, for example, and the meadery has a doozy of an event planned for Feb. 15: a “middle school dance,” a good-humored companion to 14th Star’s popular “adult prom.” Klein promised it will include the playlist that defined the middle school dances of yore, music from the mid-’90s to the early 2000s, stopping around the heyday of Avril Lavigne and No Doubt — “pre-Soulja Boy,” Klein said, for sure.

Maybe you’re of the demographic that remembers those dances, and maybe not. Klein said Groennfell’s mead seems to appeal to everyone from 75-year-old welders to middle-aged wine fans to younger drinkers who grew up with Harry Potter, not to mention Game of Thrones and Vikings fans.

As Klein put it, “In a world where every product needs to have a brand story, ours is somewhat written by public imagination.”