ST. ALBANS — The lasers in Taylor Park drew an audible gasp from the crowd when they flashed for the first time Saturday night. Included were a few exclamations.

“What the heck?!” one child yelled out.

For many who came out for the Festival of Trees kickoff event, it was a new experience to see the neon lights shift just a few feet overhead, instead of watching explosions in the night sky. 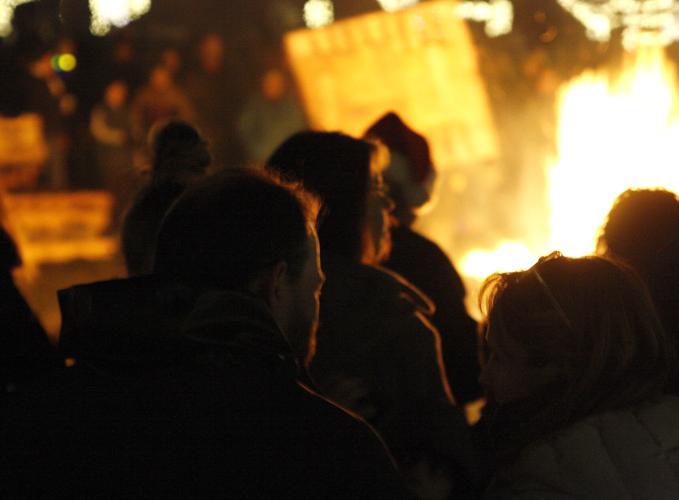 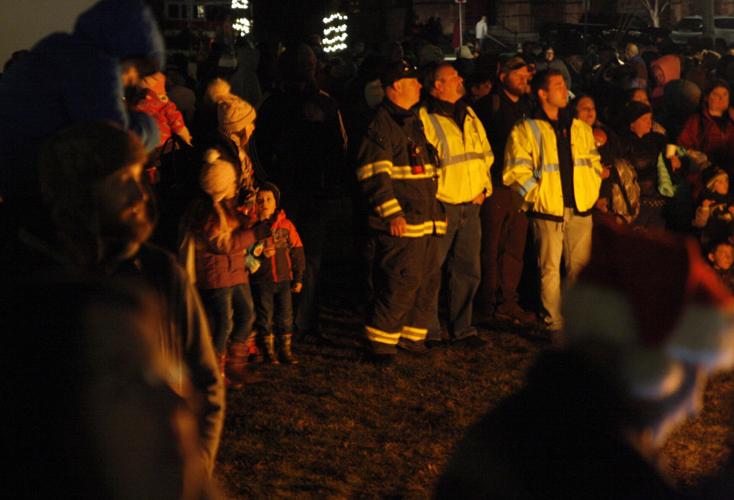 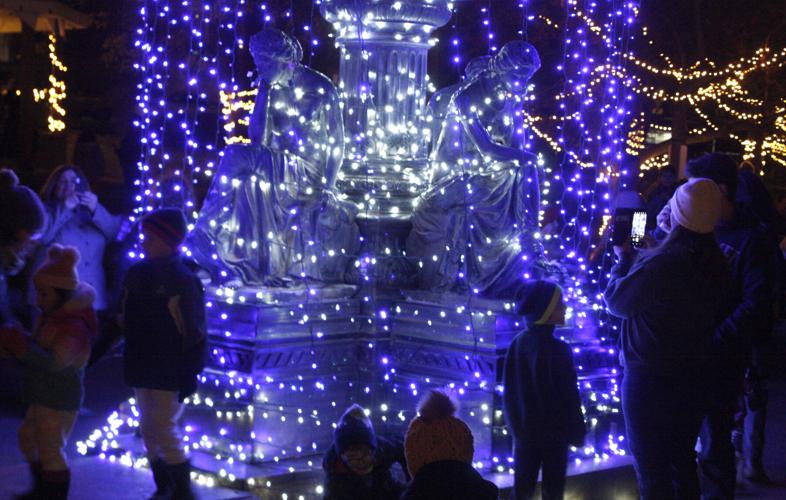 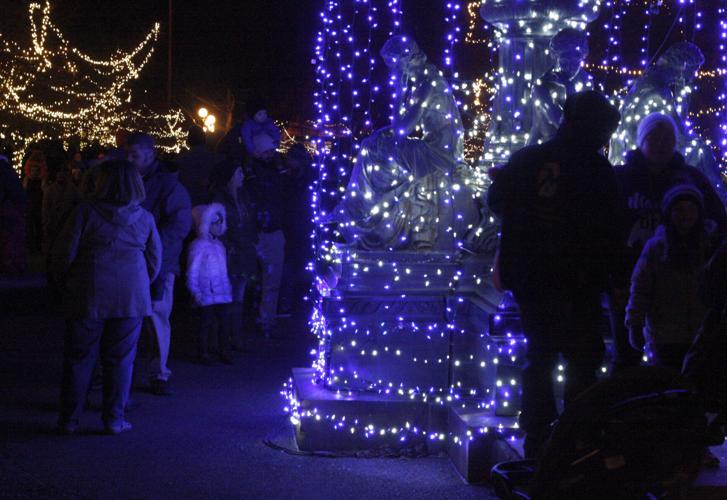 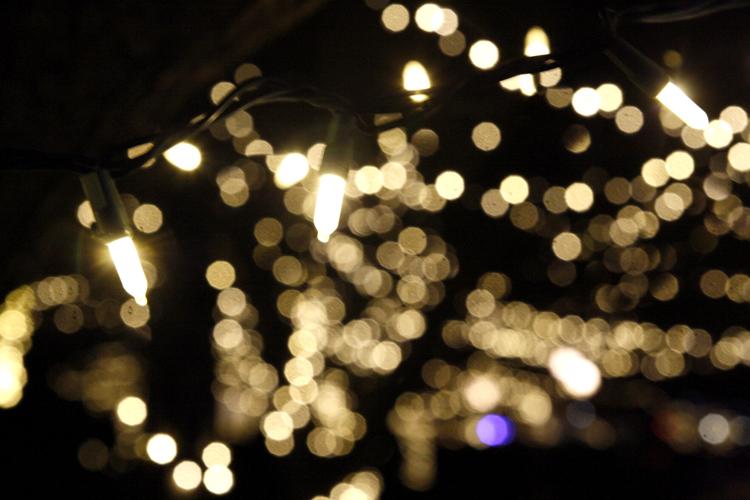 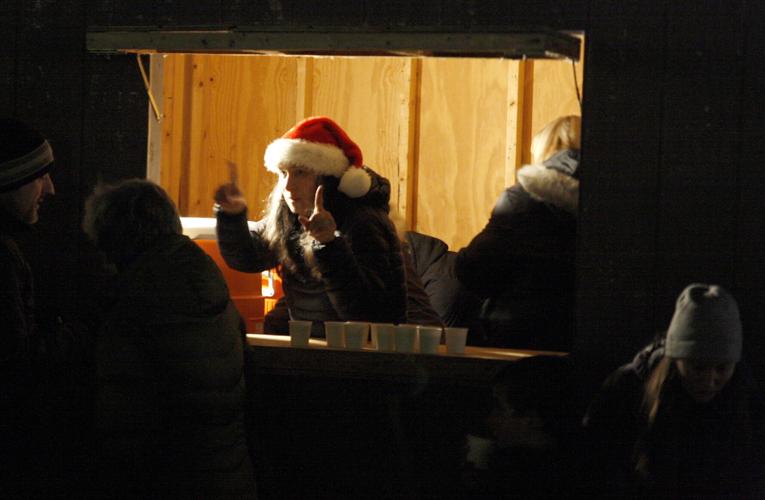 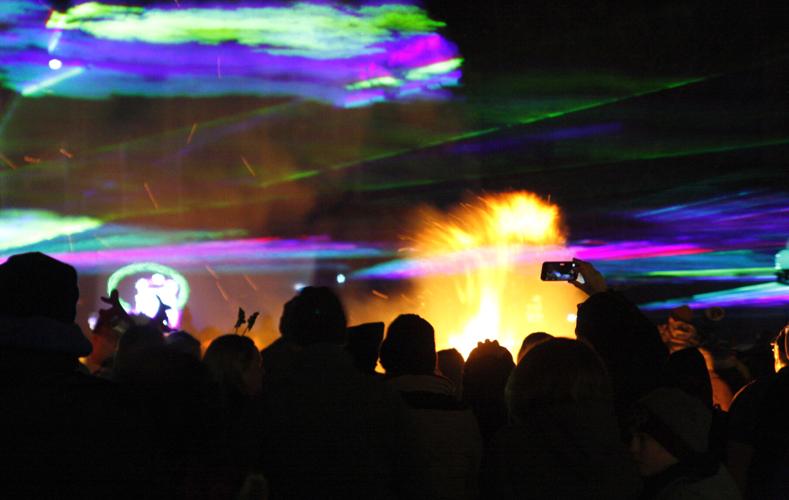 The first-ever  laser light show during the kick-off of St. Albans’ Festival of Trees created interesting patterns in the air, especially when the lasers showed through the bonfire’s smoke. 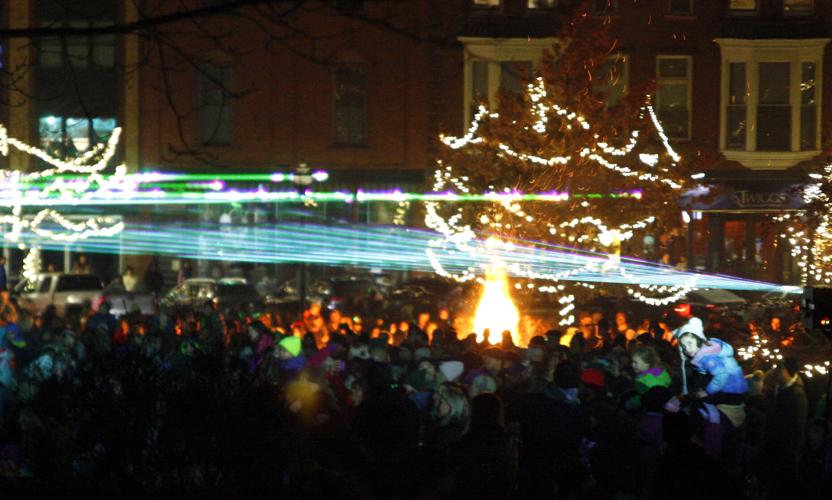 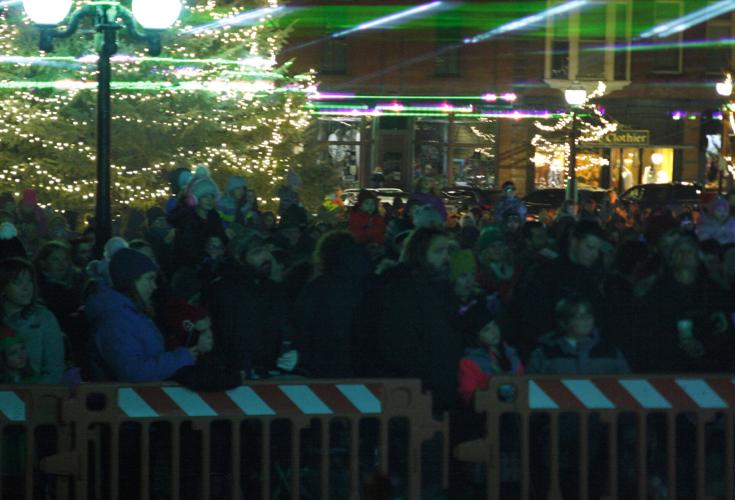 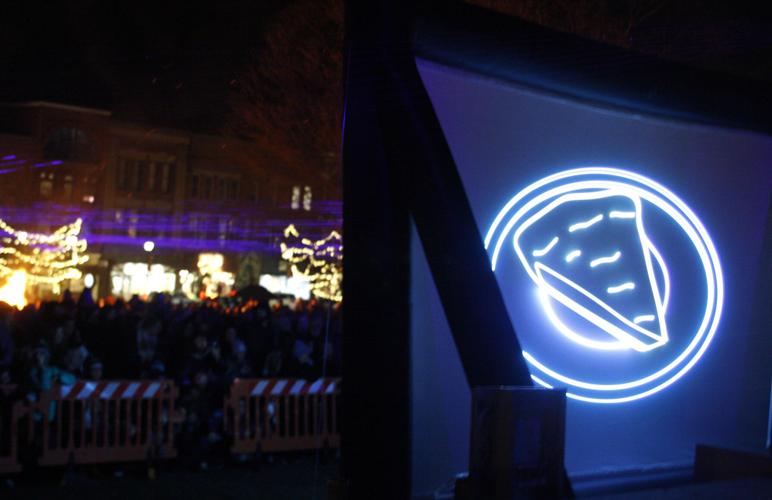 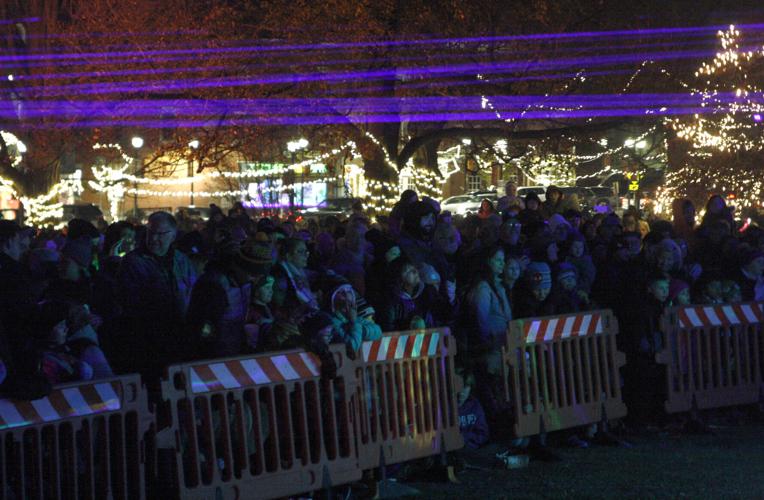 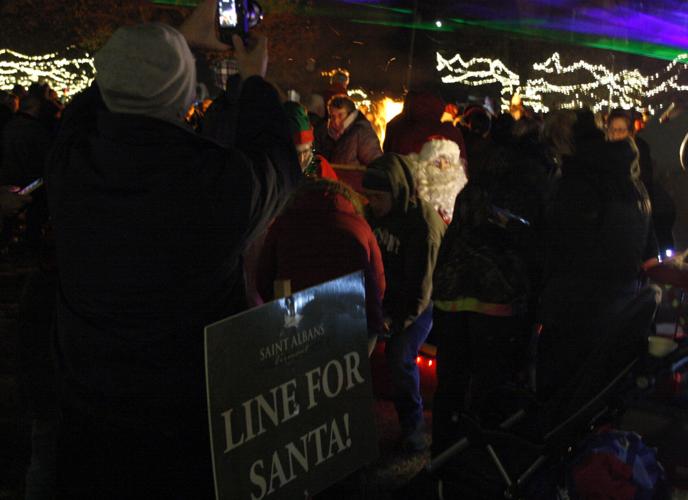 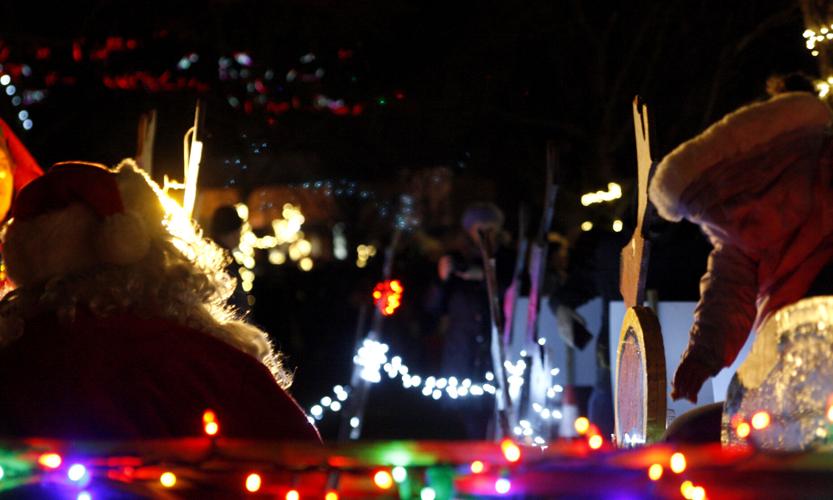 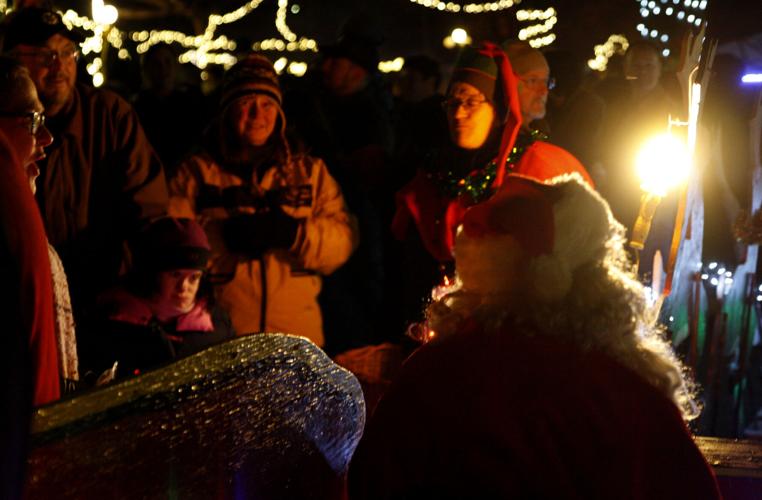 The first-ever  laser light show during the kick-off of St. Albans’ Festival of Trees created interesting patterns in the air, especially when the lasers showed through the bonfire’s smoke.

The verdict, however, is still out on whether the holiday-themed laser light show will continue to replace the festival’s typical fireworks display. The St. Albans downtown board still needs to make its determination.

The board made the switch to a light show due to budget concerns, and board members weren’t sure how it would be received. So far, reactions from the crowd Saturday night and from social media seem to be positive, city planning director Chip Sawyer said.

Taylor Park, however, was filled to the brim with families before the light show even started.

Similar to past years, people crowded around the large bonfire set up near the park’s Christmas tree, and groups meandered about to grab a hot chocolate, talk to friends and find a spot in line to see Santa, who arrived just before the light show began.

The show itself kicked off after 5:30 p.m. Organizers had set up fog machines to catch the light as it bounced overhead, which prompted some to pull out their phones in order to capture the display.

Other groups set up to watch lasers on an inflatable screen, which showed an array of holiday imagery superimposed on a white background. Accompanying speakers played an assortment of mostly Christmas music throughout the night to get people in the spirit for the rest of St. Albans’ holiday-themed week.

The Festival of Trees continues with daily holiday events extending out to next Sunday, Dec. 4. A complete listing can be found at vtfestivaloftrees.com. 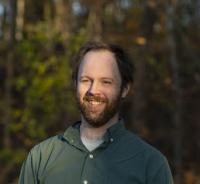