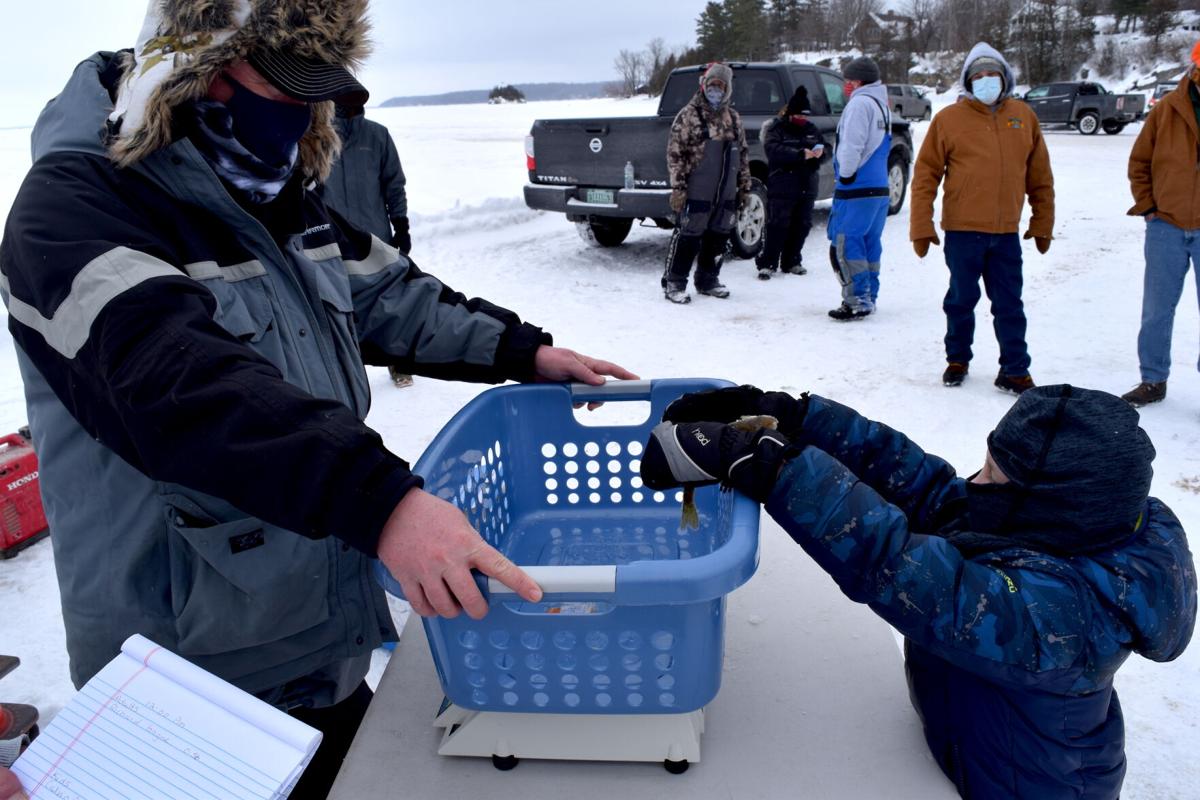 Myles Hakey, 6, of Highgate, places his fish in the container to be weighed at the 2nd annual Clean Water Ice Fishing Derby on Saturday in Highgate. 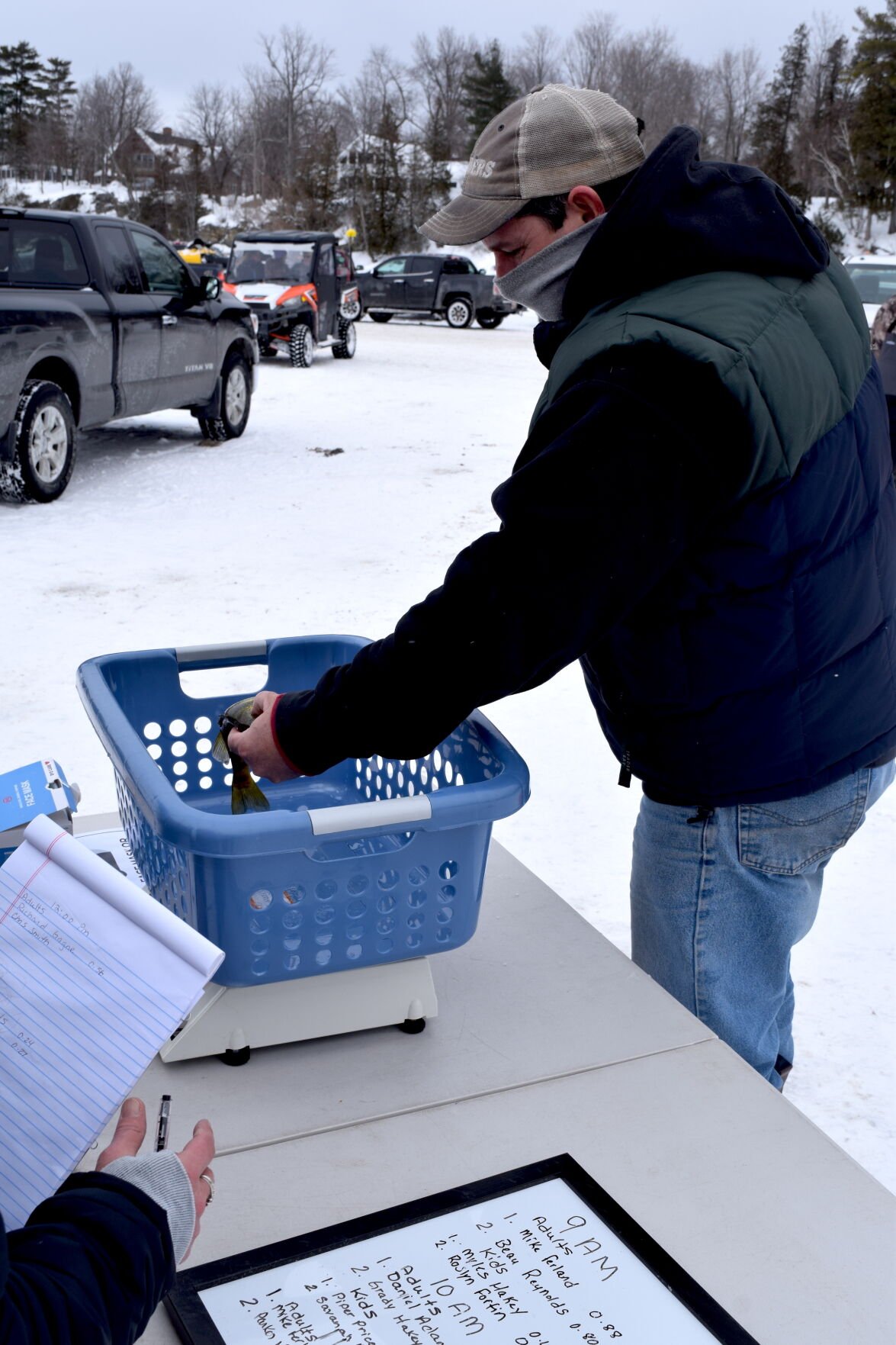 Chris Smith, of St. Albans, places his yellow perch in the bin to be weighed during Saturday’s 2nd annual Clean Water Ice Fishing Derby in Highgate. 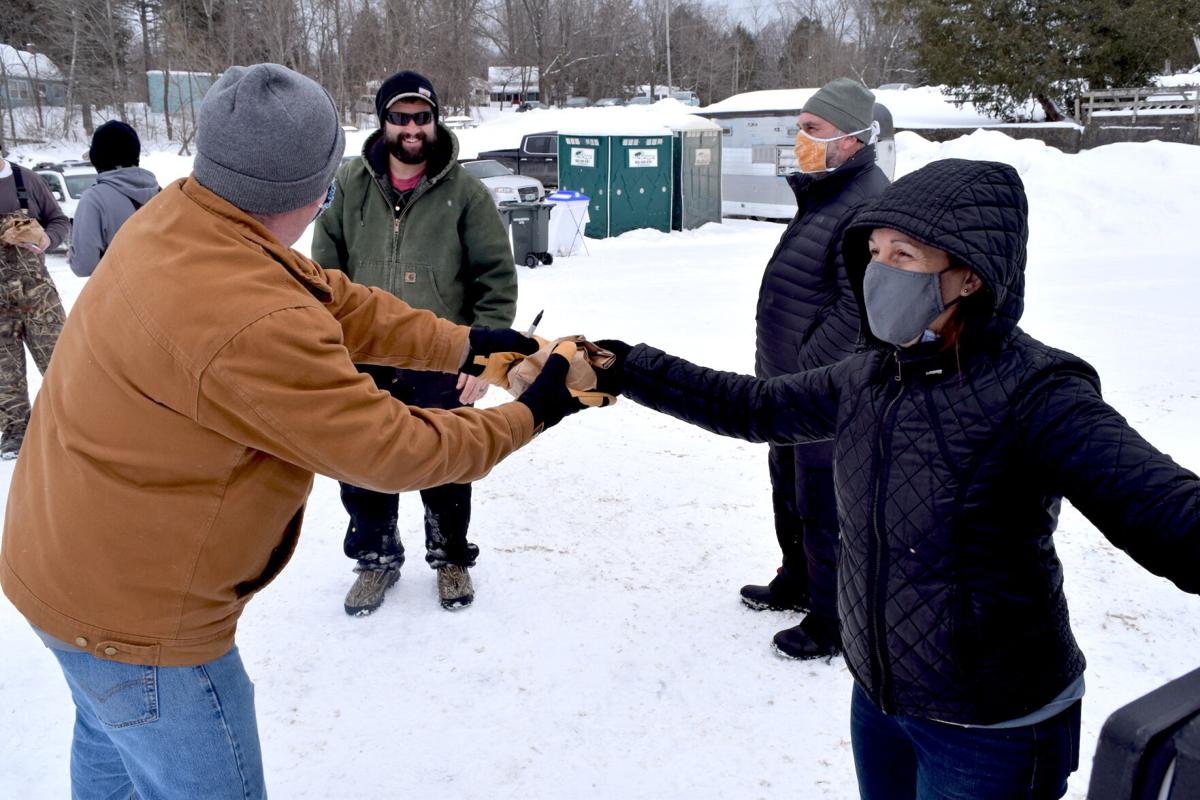 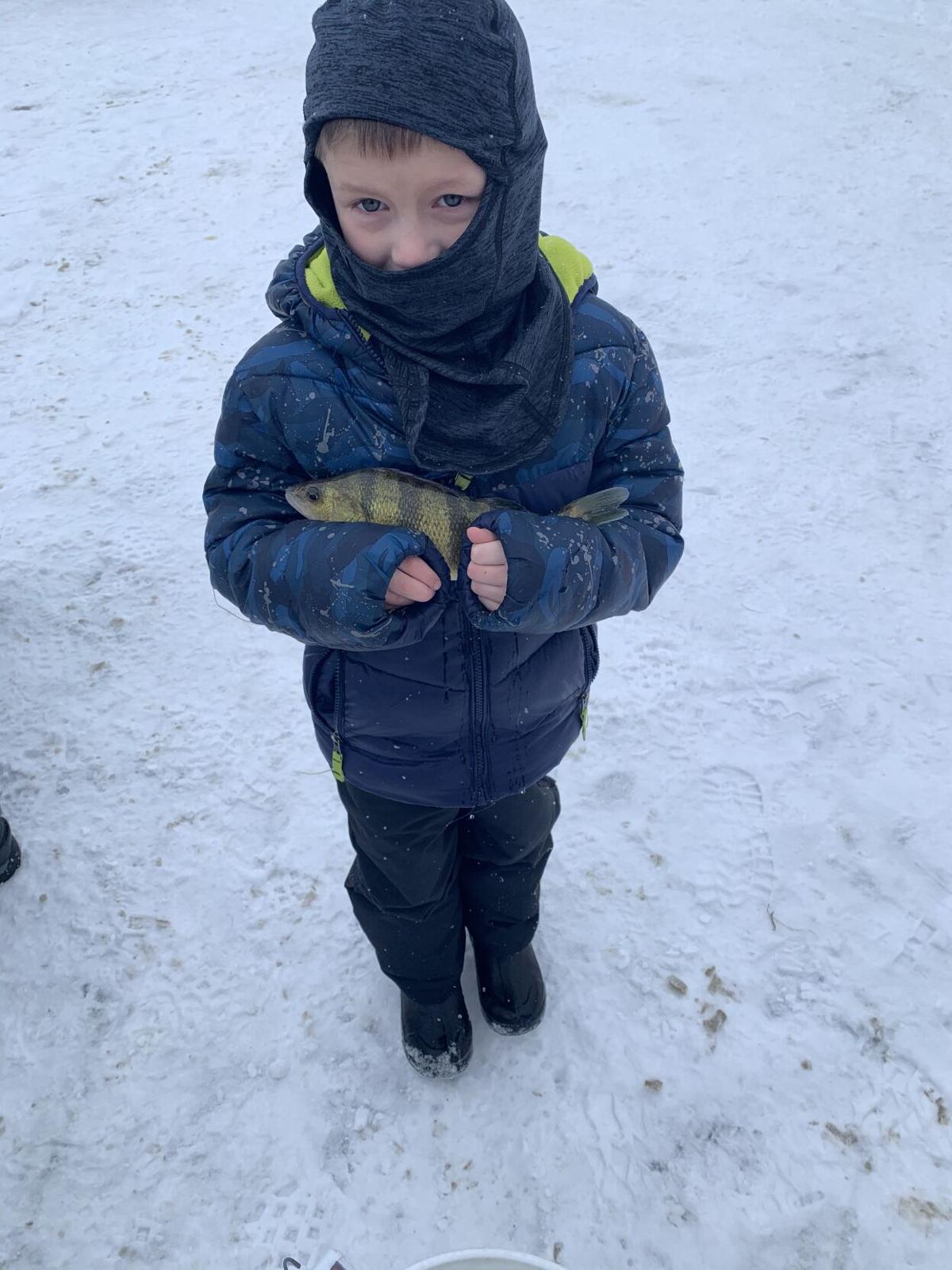 Six-year-old Myles Hakey, of Highgate, holds the yellow perch he submitted for weigh in after the first hour of fishing at the 2nd annual Clean Water Ice Fishing Derby on Saturday in Highgate.

Myles Hakey, 6, of Highgate, places his fish in the container to be weighed at the 2nd annual Clean Water Ice Fishing Derby on Saturday in Highgate.

Chris Smith, of St. Albans, places his yellow perch in the bin to be weighed during Saturday’s 2nd annual Clean Water Ice Fishing Derby in Highgate.

Six-year-old Myles Hakey, of Highgate, holds the yellow perch he submitted for weigh in after the first hour of fishing at the 2nd annual Clean Water Ice Fishing Derby on Saturday in Highgate.

HIGHGATE — Ice fishing shacks could be seen across Missisquoi Bay like distant stars in the night sky Saturday. While some were simply out on the lake seeking a good catch, many were fishing for a cause — namely the cleanliness of the lake on which they fished.

Mill River Brewing hosted the 2nd annual Clean Water Ice Fishing Derby on Saturday, in partnership with the Friends of Northern Lake Champlain (FNLC), Highgate Recreation Department, Martin’s Store and numerous other county businesses and organizations. Funds from the event will go to FNLC, a nonprofit group that dedicates time to ensuring the lake’s cleanliness, as part of an ongoing clean water campaign spearheaded by the brewery and FNLC.

According to Mill River Brewing salesman Corey Williams, the fundraiser brought in about $2,500, between admission fees and some individual donations during the event. Prior to Saturday’s event, the brewery had donated about $7,000 to date to FNLC.

As of about noon Saturday, 150 participants had registered for the event.

Clean water is needed for beer, but it is important for a variety of reasons, says Mill River Brewing co-owner David Fitzgerald.

“I think we take for granted what clean water does for us,” he said.

Fitzgerald, along with his wife and brewery co-owner Joyce Fitzgerald, were joined by brewery employees, a weigh master and members of the Highgate Recreation Department, who volunteered for the event.

Families from around the region took part in Saturday’s fundraiser, and those who caught the heaviest yellow perch every hour won one of a number of prizes, including items and gift certificates from various businesses.

Myles Hakey, 6, of Highgate, had the biggest fish in the first hour, and was in contention around mid-day as well.

Chris Smith, of St. Albans, hadn’t attended the event during the inaugural year, but was glad that the event was keeping a focus on clean water during a season when that usually goes by the wayside.

Tom Briselden, the newest member of the FNLC board, said funding will go toward a range of projects up and down the coast of Lake Champlain, including an assessment in Georgia, stormwater drainage and erosion management projects.

“There’s probably nine projects going on. A lot of it won’t happen until the spring,” he said. “… That’s our goal, to try and bring resources to the area so we can help with these kind of events.”

Around noon, the Fitzgeralds trucked in meals for participating families, including Mill River’s own barbecue recipes. With COVID-19 stifling many community events in the last year, Joyce Fitzgerald said putting together this year’s event presented some challenges, but nothing that couldn’t be overcome.

Rather than a large gathering at the end of the day — fishing went from 8 a.m. to 3 p.m. — the Fitzgeralds opted for pre-packaged lunches, with families driving back to the shoreline from their shacks on the ice to refuel. She said the state provided guidelines to help organizers hold the event.

“This is a great opportunity. Especially with COVID, so much has been cancelled and people are feeling so cooped up,” she said. “This is a great outdoor event where everyone can stay spread out and spend family time.”