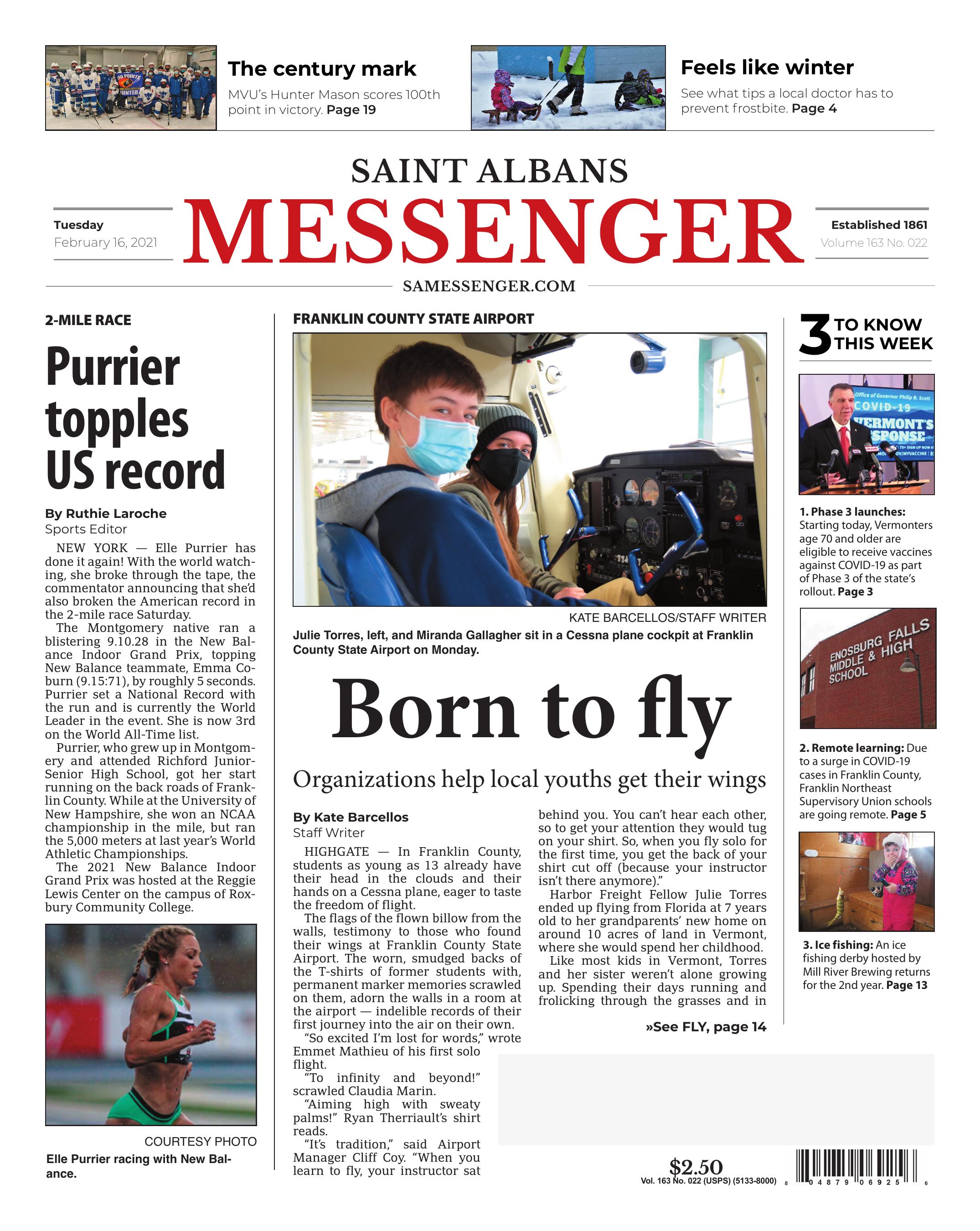 HIGHGATE — In Franklin County, students as young as 13 already have their head in the clouds and their hands on a Cessna plane, eager to taste the freedom of flight.

The flags of the flown billow from the walls, testimony to those who found their wings at Franklin County State Airport. The worn, smudged backs of the T-shirts of former students with, permanent marker memories scrawled on them, adorn the walls in a room at the airport — indelible records of their first journey into the air on their own.

“To infinity and beyond!” scrawled Claudia Marin.

“It’s tradition,” said Airport Manager Cliff Coy. “When you learn to fly, your instructor sat behind you. You can’t hear each other, so to get your attention they would tug on your shirt. So, when you fly solo for the first time, you get the back of your shirt cut off (because your instructor isn’t there anymore).”

Harbor Freight Fellow Julie Torres ended up flying from Florida at 7 years old to her grandparents’ new home on around 10 acres of land in Vermont, where she would spend her childhood.

Like most kids in Vermont, Torres and her sister weren’t alone growing up. Spending their days running and frolicking through the grasses and in the woods, Torres recalled marveling at the way the wild birds around her rose into the air and maneuvered their way about the breezes, and the grace and beauty of their dances.

Torres saved up all of her birthday money to take flight courses at the Burlington Flying Academy, but didn’t consider it a probable — let alone possible — career path until she was in high school. Fate — and a few school advisors — pointed her toward Dr. Beth White and the Harbor Freight Fellow Scholarship Program.

Participants receive a $1,000 stipend after completing a 120-hour apprenticeship alongside an experienced tradesperson. The mentor receives $500 as a token of appreciation for their time and the school-based learning coordinators and advisors receive $500 for helping learners successfully complete their fellowships.

Now, anyone looking for Torres or her friend, fellow scholar Miranda Gallagher, can find them on the runway or, more likely, inside one of the many airplane hangers at the airport, which house around 70 planes, according to Fly Vermont President George Coy.

Gallagher, now 13, said she has been a consistent participant in the Civil Air Patrol but it wasn’t until a friend’s father hosted a science club meeting at the EAA Chapter 613 building that she noticed a flyer on the wall for Young Eagles flights, which are discovery flights that provide initial experiences for students under the age of 18.

“When you learn to fly, your instructor sat behind you. You can’t hear each other, so to get your attention they would tug on your shirt. So, when you fly solo for the first time, you get the back of your shirt cut off.” — Cliff Coy, airport manager

Just before her 12th birthday, Gallagher found her first wings as White’s co-pilot on her own discovery flight, and has since been actively involved in the early apprenticeship programs at EAA Chapter 613 in the hopes of getting her license as soon as she can.

“We went up, did some circles, came back, and ever since then I’ve loved it,” Gallagher recalled.

One of the chapter’s program graduates, Joseph Mensah, is currently out in Prescott, Arizona, attending the Embry-Riddle Aeronautical University, where he is also studying and logging flight hours toward his commercial pilot’s license so he can secure his place in the captain’s seat of one of the world’s major airlines.

But for Mensah, the dream began when he was barely old enough to remember, boarding a plane with his family in Ghana to travel to the United States to become new American citizens.

“I’ve always liked planes, and looking up into the sky and looking at planes fly,” Mensah said. “(That day) was a really big step in my life.”

Though George Coy said it takes a minimum of 40 hours to complete training to acquire a private pilot’s license, Mensah said he ended up finishing in about five months time, in addition to balancing school and work in the time of COVID-19 before he launched into his Bachelor of Science in Aeronautical Science.

“It was terrifying,” Mensah remembered. “It’s not until the day you have to do it yourself that you get really nervous ... It’s all about trusting your training, trusting yourself and staying calm.”

Mensah said the struggle to achieve his dreams came at a staggering financial cost, but after making a plan and collaborating with his local chapter, failure miraculously ceased to be an option, freeing him to fly all the way across the country into his newfound career path.

“Master Rey Gafner has by his own hand solo powered a flying machine heavier than air on this day,” read another shirt nearby.

“Reach for the sky, because tomorrow may never come,” wrote Davis Holt.

Each day, travelers leaving Interstate 89 in Swanton need only look up to see a Cessna gliding overhead as silent as the dawn, quite possibly carrying the next flock of young aviators eager to take their place in the unending sky.

“It’s freedom,” Torres said. “There’s nothing like the feeling of leaving the ground.”

NEW YORK — Elle Purrier has done it again! With the world watching, she broke through the tape, the commentator announcing that she’d also broken the American record in the 2-mile race Saturday.

The Montgomery native ran a blistering 9.10.28 in the New Balance Indoor Grand Prix, topping New Balance teammate, Emma Coburn (9.15:71), by roughly 5 seconds. Purrier set a National Record with the run and is currently the World Leader in the event. She is now 3rd on the World All-Time list.

Purrier, who grew up in Montgomery and attended Richford Junior-Senior High School, got her start running on the back roads of Franklin County. While at the University of New Hampshire, she won an NCAA championship in the mile, but ran the 5,000 meters at last year’s World Athletic Championships.

The 2021 New Balance Indoor Grand Prix was hosted at the Reggie Lewis Center on the campus of Roxbury Community College.

On a personal note: Adam and I were returning from a 13-mile run this fall, when we saw Purrier, dressed in red and white New Balance gear, just returning from a run; her husband, Jamie St. Pierre was there to meet her. I’ve had the pleasure of speaking with Elle on a few occasions over the phone, and called a hello to the couple from my car. They waved and smiled, chatted for a minute, and we went our separate ways. 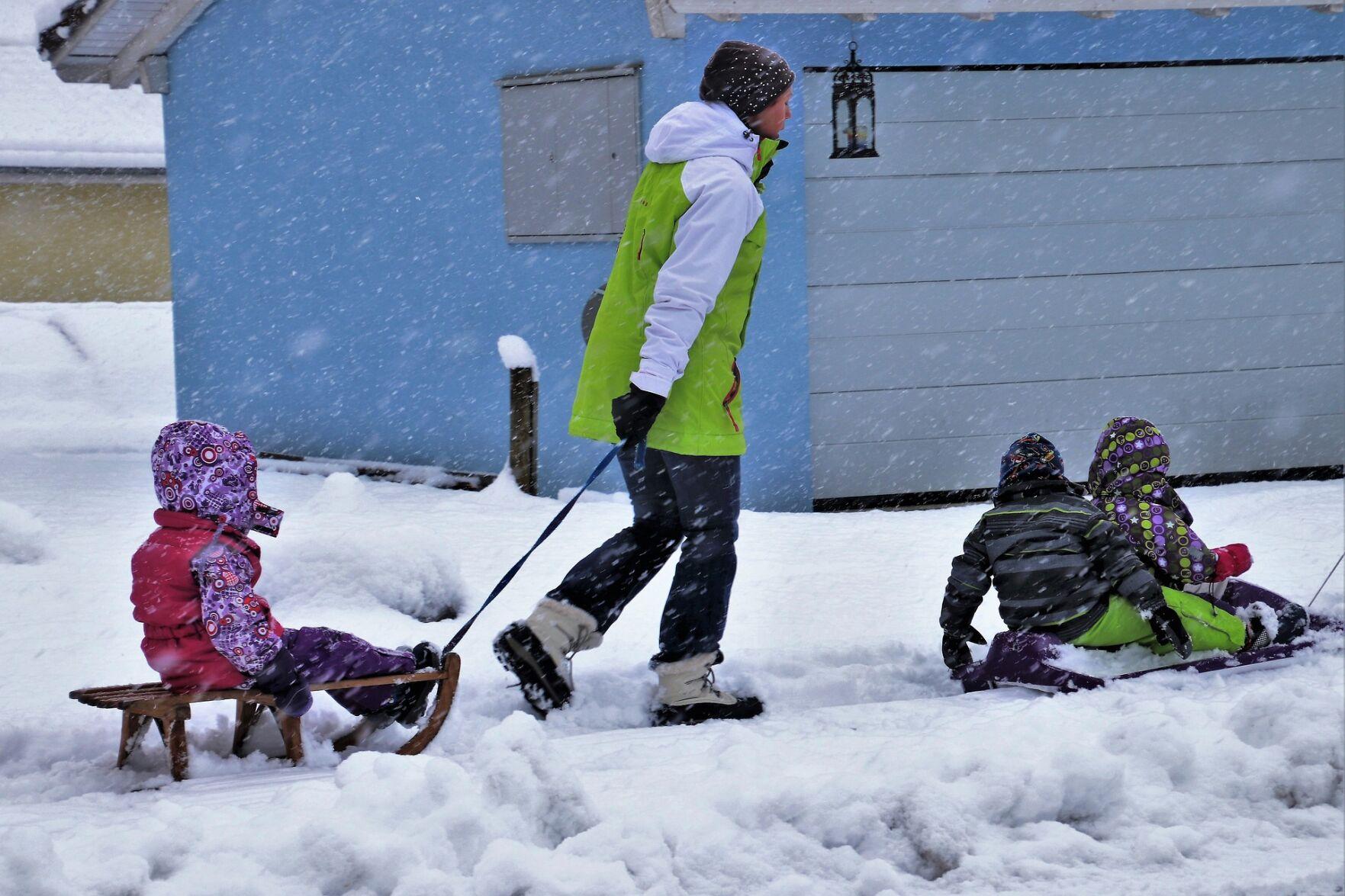 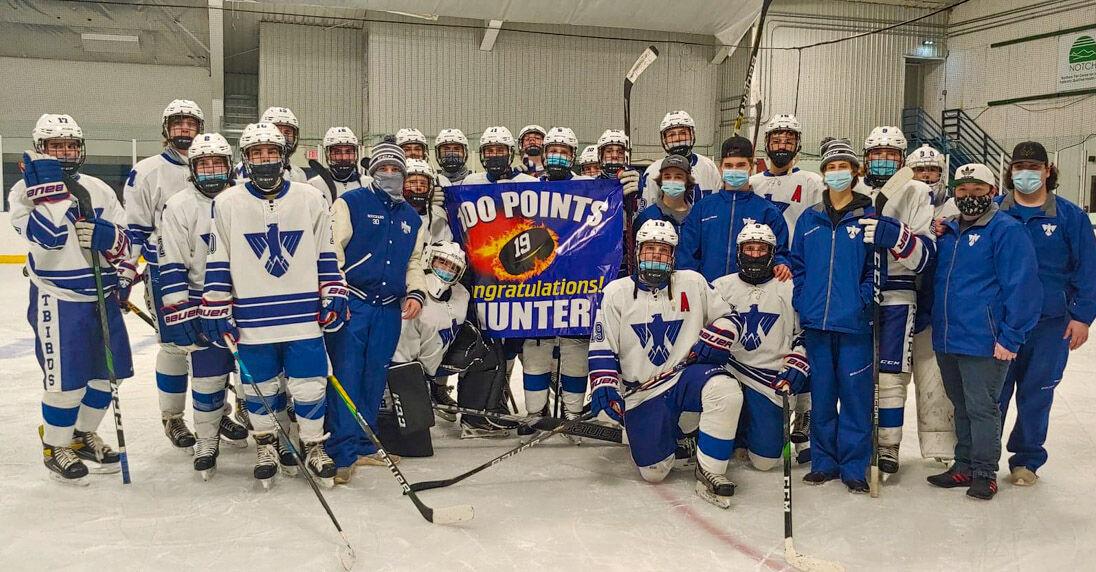 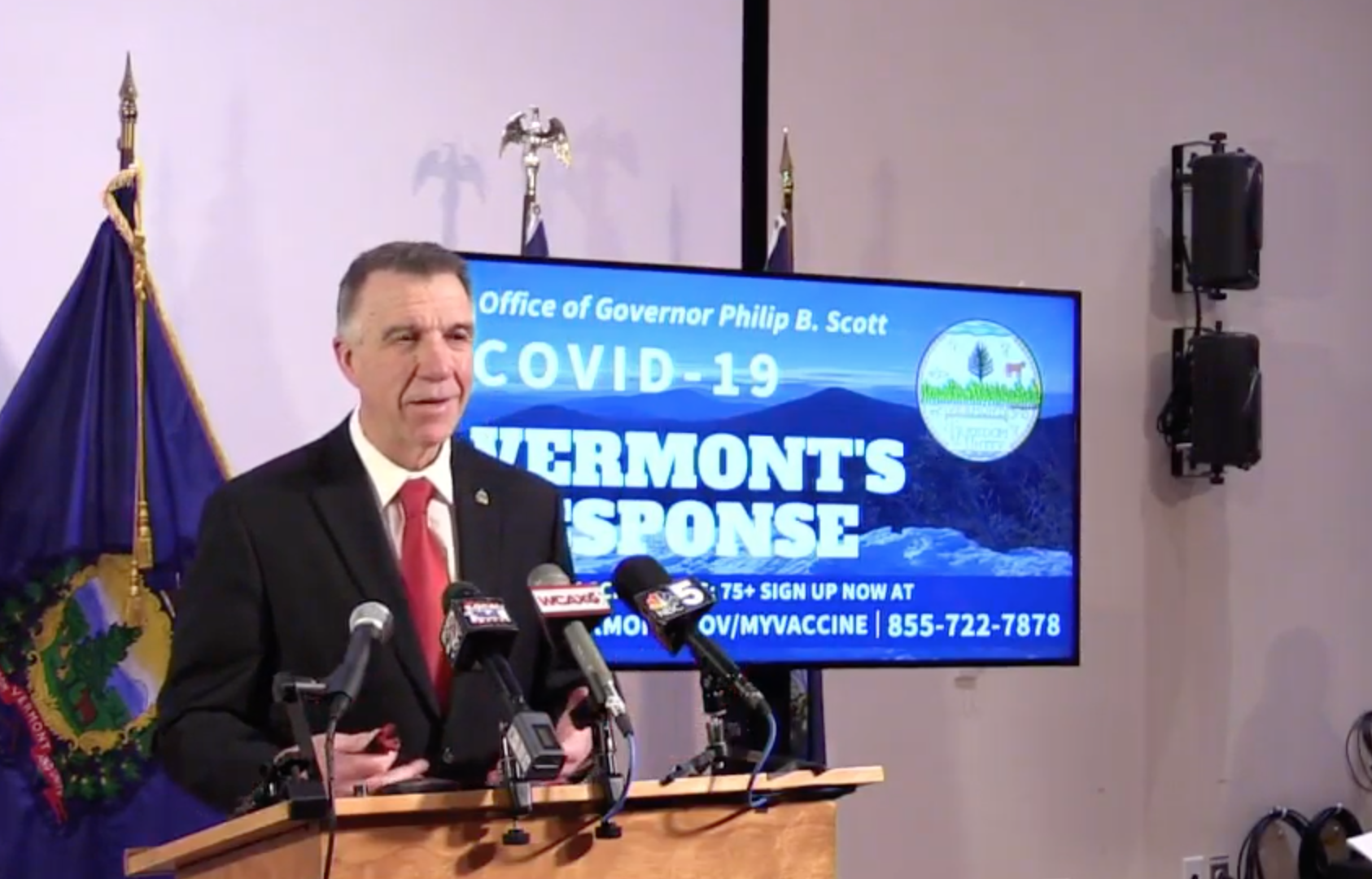 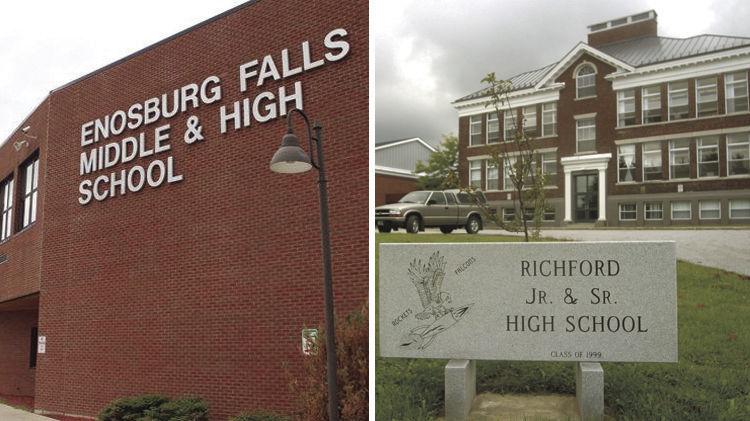 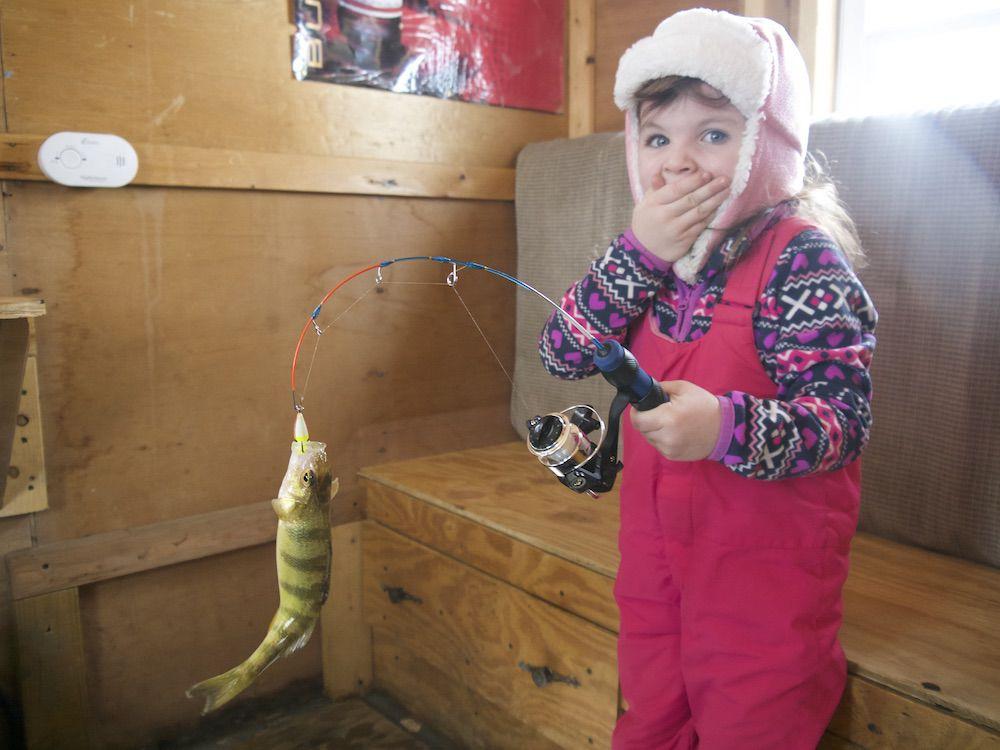