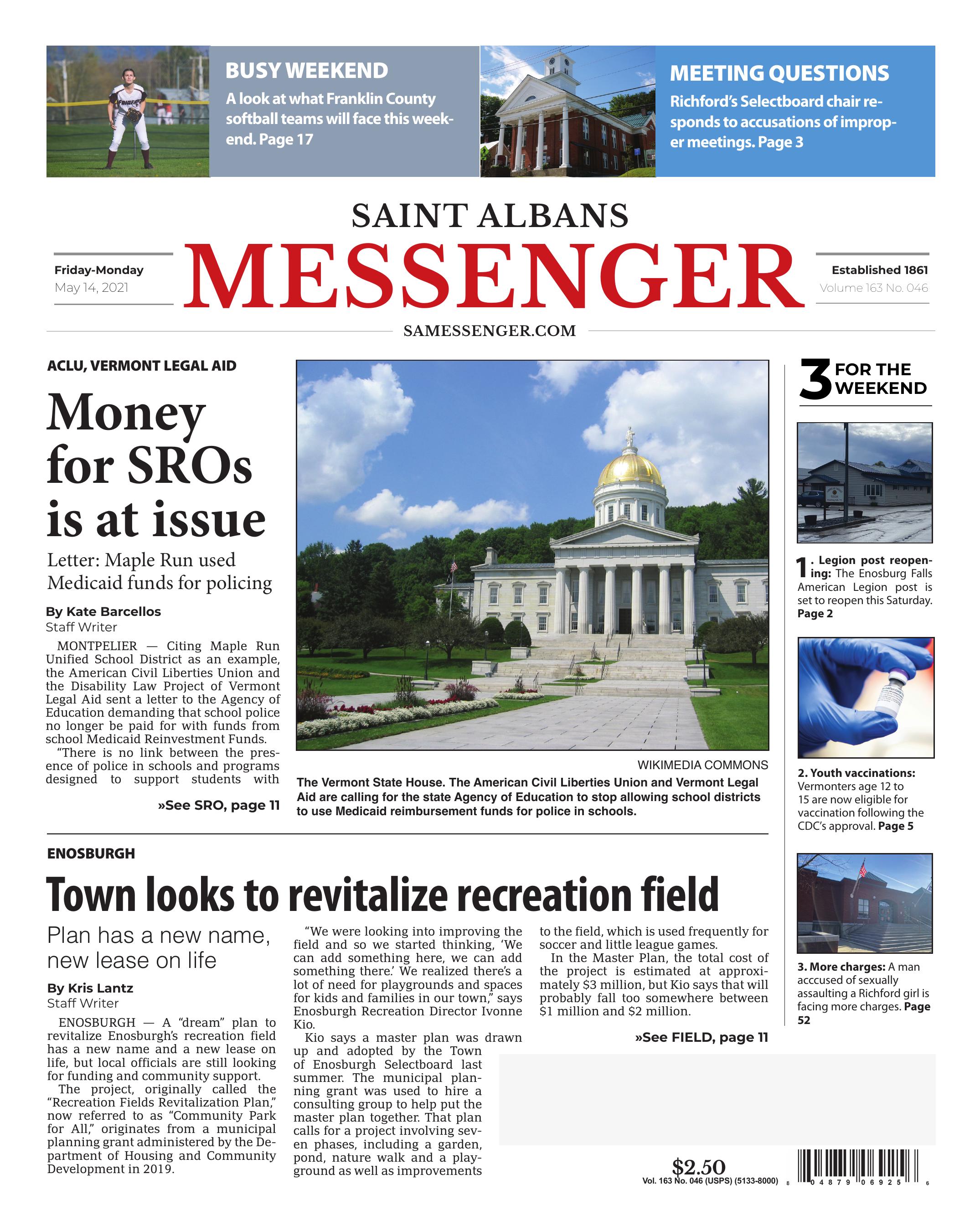 The Vermont State House. The American Civil Liberties Union and Vermont Legal Aid are calling for the state Agency of Education to stop allowing school districts to use Medicaid reimbursement funds for police in schools.

MONTPELIER — Citing Maple Run Unified School District as an example, the American Civil Liberties Union and the Disability Law Project of Vermont Legal Aid sent a letter to the Agency of Education demanding that school police no longer be paid for with funds from school Medicaid Reinvestment Funds.

The two groups said they recently learned that for at least the past two years, the agency has been approving the use of Medicaid Reinvestment Funds to foot the bill for a police presence in schools: during the 2019-2020 school year, MRUSD and North Country High School in the North Country Supervisory Union of Newport were approved to use at least portions of their MRF funding toward school-based police forces from local departments, according to the ACLU.

Maple Run allegedly used $57,000 and North Country used $82,000 respectively, but the letter alleged that usage of the funds in such a manner violates state statute under Title 16, which limits the use of such funding to “administering the Medicaid claims process” and “prevention and intervention programs in prekindergarten through grade 12.”

MRUSD Superintendent Kevin Dirth said the ACLU is blaming Maple Run and AOE for the misuse of Medicaid funds to pay for the school resource officer at Bellows Free Academy, but Medicaid funds are to be used for “prevention and intervention” initiatives to be used by all students.

“There is a pretty stringent approval process in the use of the funds,” Dirth said in an email to The Messenger. “Using it for SRO programs has been deemed an allowable use of Medicaid funds by the AOE. We would not have done anything that wasn’t approved by the appropriate people.”

Vermont Legal Aid Staff Attorney Marilyn A. Mahusky alleged that the funds were being directly used for policing, rather than for “psychologists, mental health or substance abuse counselors, social workers, para-educators, or other support personnel,” and therefore should be reallocated.

“Vermont schools should be encouraged to use Medicaid funds in accordance with the statute to support and improve student achievement, not to subsidize policing,” said Mahusky. “The organizations are calling on AOE to comply with the requirements of Title 16, revoke any existing authorization to use Medicaid dollars to fund policing, and remind all schools receiving Medicaid funding that the funds cannot be used for policing.”

In speaking about their experiences as SROs, Franklin County Sheriff’s Deputy Karry Andileigh (who currently serves hours as an SRO for BFA Fairfax) and Lt. Paul Morits, a former SRO, both spoke of the trusting bond formed between school resource officers and the students they serve.

“A lot of people don’t realize what the SRO actually does,” Morits said in an interview earlier this year. “In my time as an SRO, I’d say probably 10% of my time is spent in actual law enforcement. The rest of the time, the other 90% was either mentoring or counseling students.”

What the law says

The section of Title 16 in question that the American Civil Liberties Union and Vermont Legal Aid are citing reads as follows:

"Supervisory unions shall use funds received under this section to pay for reasonable costs of administering the Medicaid claims process, and school districts or supervisory unions shall use funds received under this section for prevention and intervention programs in prekindergarten through grade 12. The programs shall be designed to facilitate early identification of and intervention with children with disabilities and to ensure all students achieve rigorous and challenging standards approved and adopted by the State Board or locally adopted standards. A supervisory union shall provide annual written justification to the Secretary of Education on how it or its member districts used the funds. Such annual submission shall show how the funds' use is expressly linked to those provisions of the supervisory union's action plan that directly relate to improving student performance. A supervisory union shall include in its annual report the amount of the prior year's Medicaid reimbursement revenues and the use of Medicaid funds consistent with the purposes set forth in this subsection."

“It’s just another safe place for them to go to,” Andileigh said of her duties in Franklin County schools. “Security, facilitator, mentor, coach, assistance in many different avenues. Helping clean-up, helping just be there and be present, and help kids understand that law enforcement aren’t scary. We’re here to help, we’re here to protect, and I’m here to learn.”

The AOE has stated before in its “Guiding Questions” document that MRF funds should be used to result in fewer students “being made eligible for special education,” and includes that “A supervisory union shall provide annual written justification to the Secretary of Education on how it or its member districts used the funds. Such annual submission shall show how the funds’ use is expressly linked to those provisions of the supervisory union’s action plan that directly relate to improving student performance.”

“The misuse of Medicaid dollars to subsidize cops in schools is unlawful and unacceptable, especially given the complex needs of Vermont’s students and the many documented harms that result from over-policing our youth,” said ACLU of Vermont Senior Staff Attorney Jay Diaz. “These resources should be used to provide critical services – school psychologists, mental health counselors, and social workers – to meet students’ varied needs in an equitable and supportive manner. Schools that make these meaningful investments see higher attendance, performance, and graduation rates, fewer suspensions and improved safety. For the sake of our children, we must ensure our funding decisions are aligned with our values.” 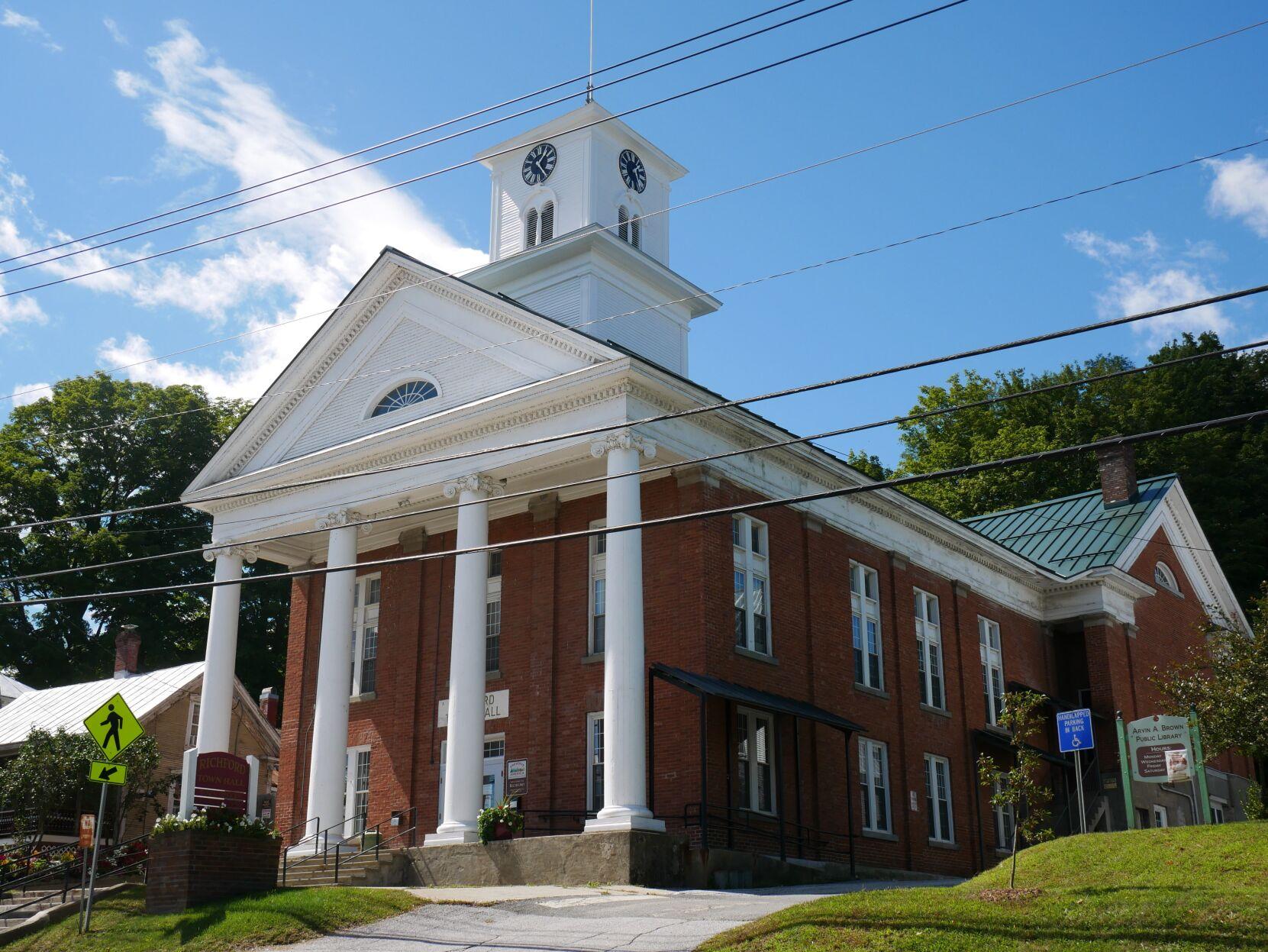 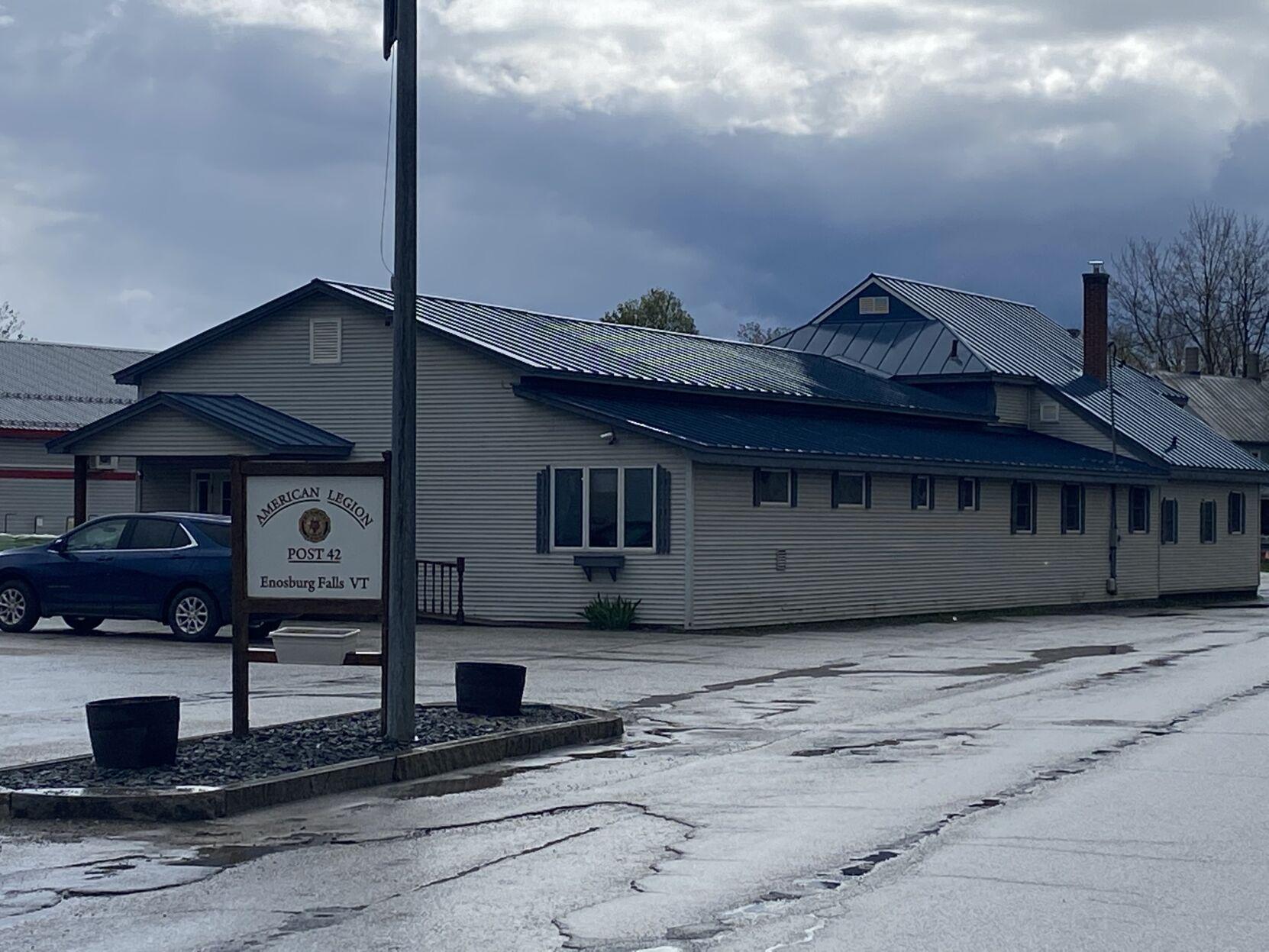 The Enosburg Falls American Legion will open on May 15. 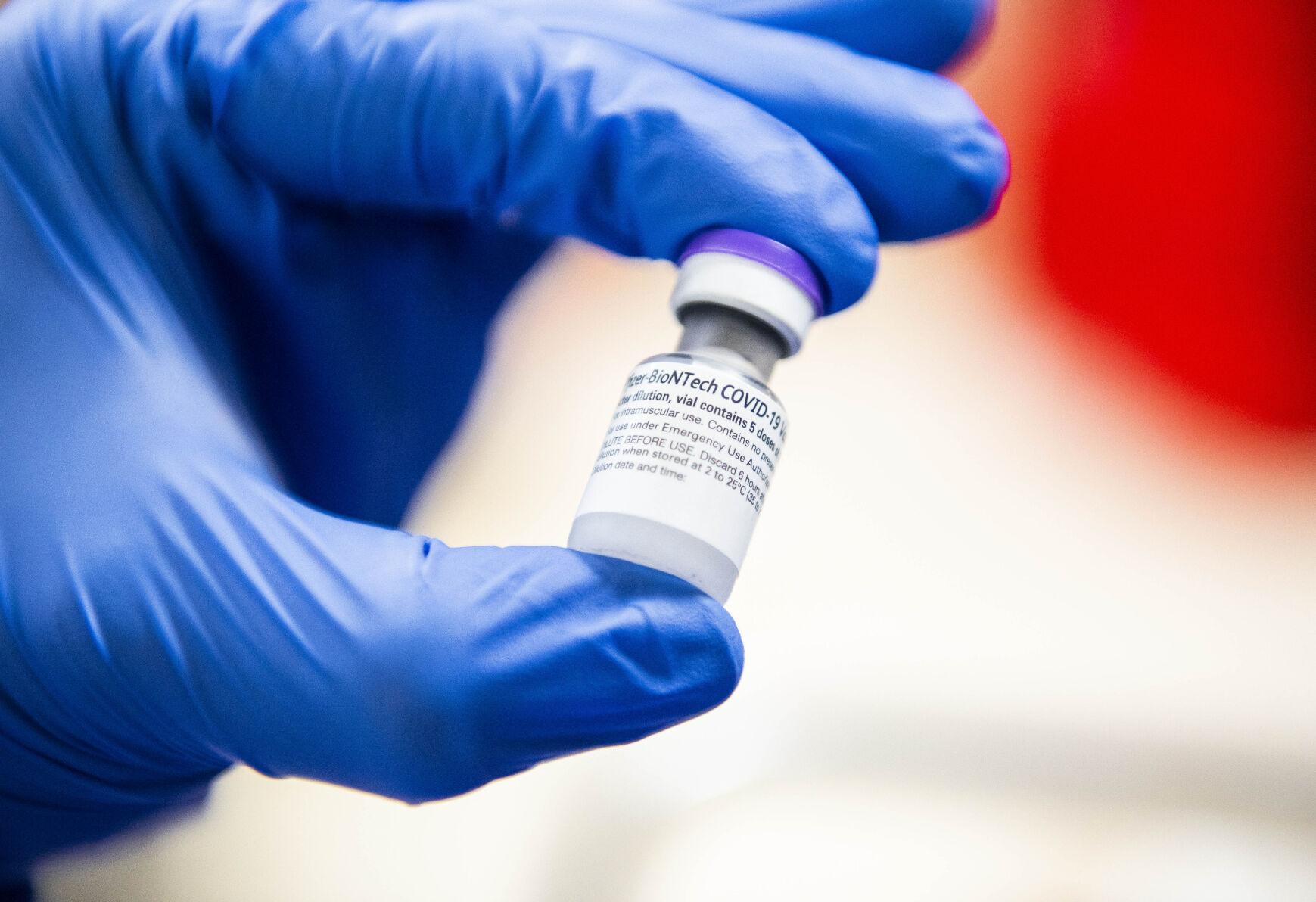 A vial of the Pfizer COVID-19 vaccine is shown before being processed and administered to staff at the University of Vermont Medical Center. 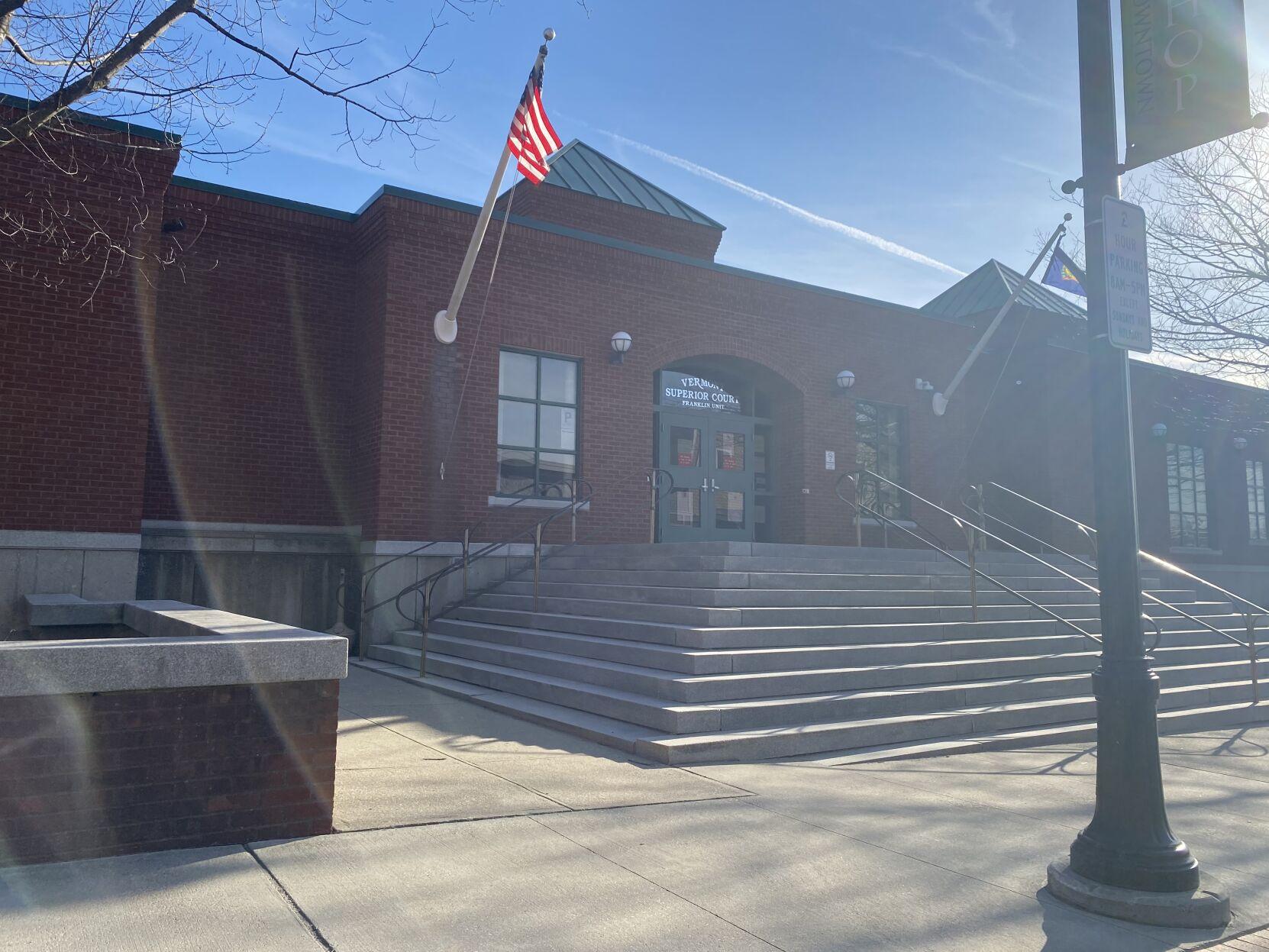