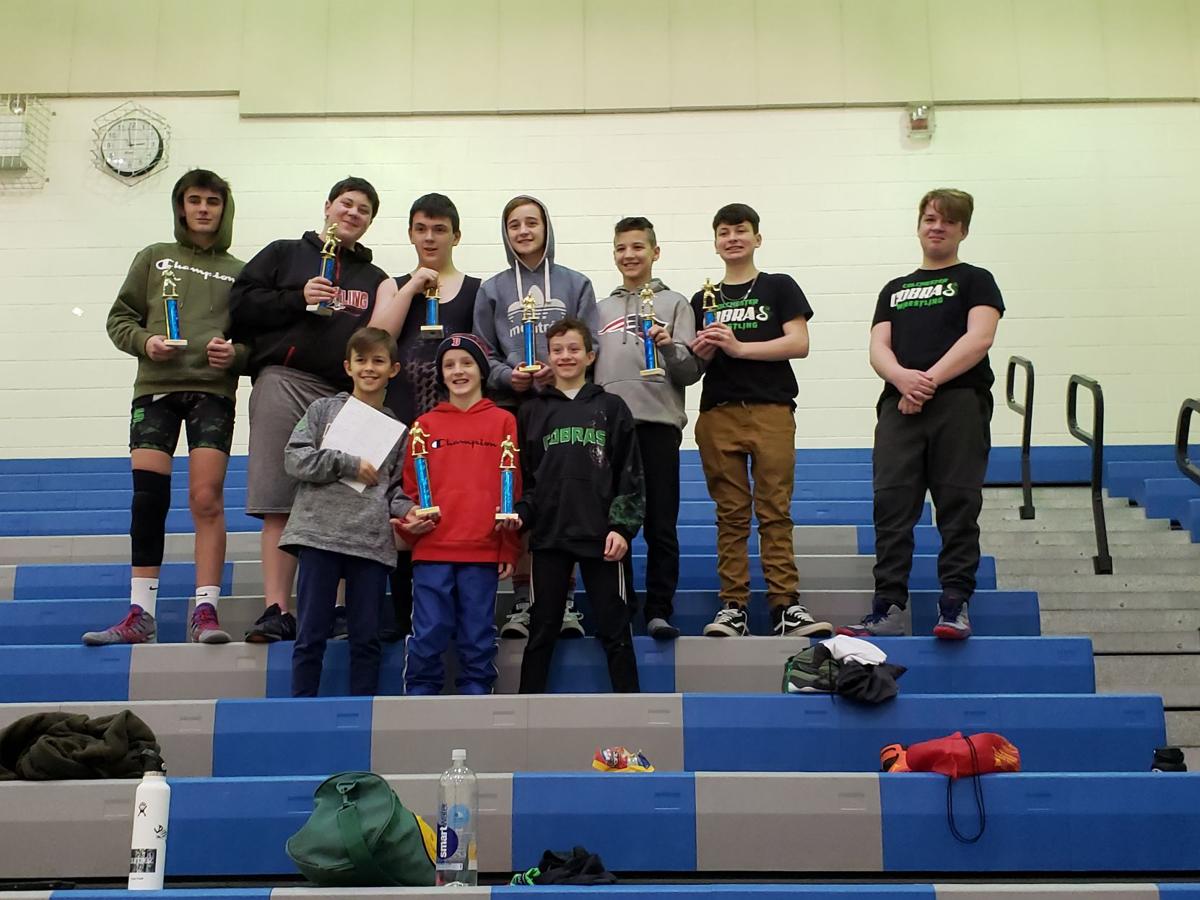 The Cobra 6-8 graders pose with their hardware. 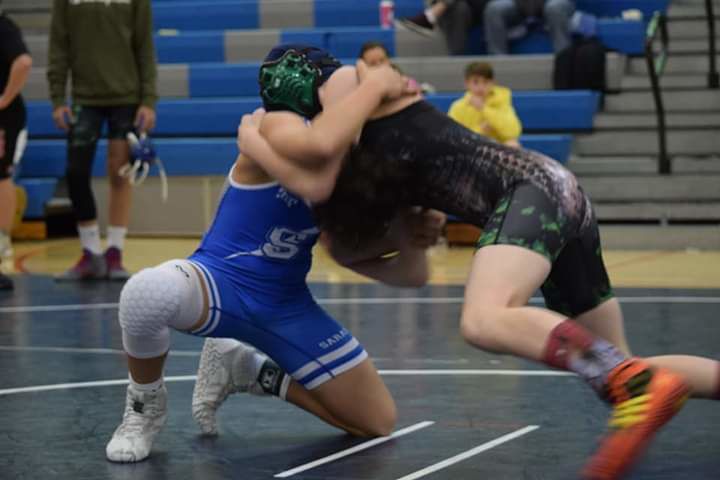 Jaden Coppins (in the black singlet) pushes for an advantage against an opponent.

The Cobra 6-8 graders pose with their hardware.

Jaden Coppins (in the black singlet) pushes for an advantage against an opponent.

The Colchester varsity wrestlers took their skills to Peru, N.Y. last weekend, where the team made a great showing against some of the best teams of New York and Connecticut.

Colin Duffy, Cameron Katon, Luke Doloughty and Noah Quigley finished with mixed wins and losses. Senior Ben Stapleton made the team proud with his 3rd place win. His only loss, in the semifinals, was to the eventual tournament champion.

Further south in Saratoga, N.Y., some preseason sixth-graders joined the junior high Cobras in competition. Gracing the 1st place spot on the podium were Jaden and Brody Coppins, Graham Resmer, Cahota Lafond and Sawyer Prouty. Finishing in 2nd: Mason Sheltra, and Jordan Lavoie and Kaeden Schraml, who faced much heavier opponents due to the lack of equivalent-weighted peers. Both battled wrestlers as much as 30 pounds heavier, only losing one match apiece. Also competing and building their skills were Jonah Recicar and Skyler Lamphere.

The varsity team next heads to Mt. Anthon Union in Bennington on Jan. 11, and the JV/JH teams will find themselves at Mt. Abe in Bristol.