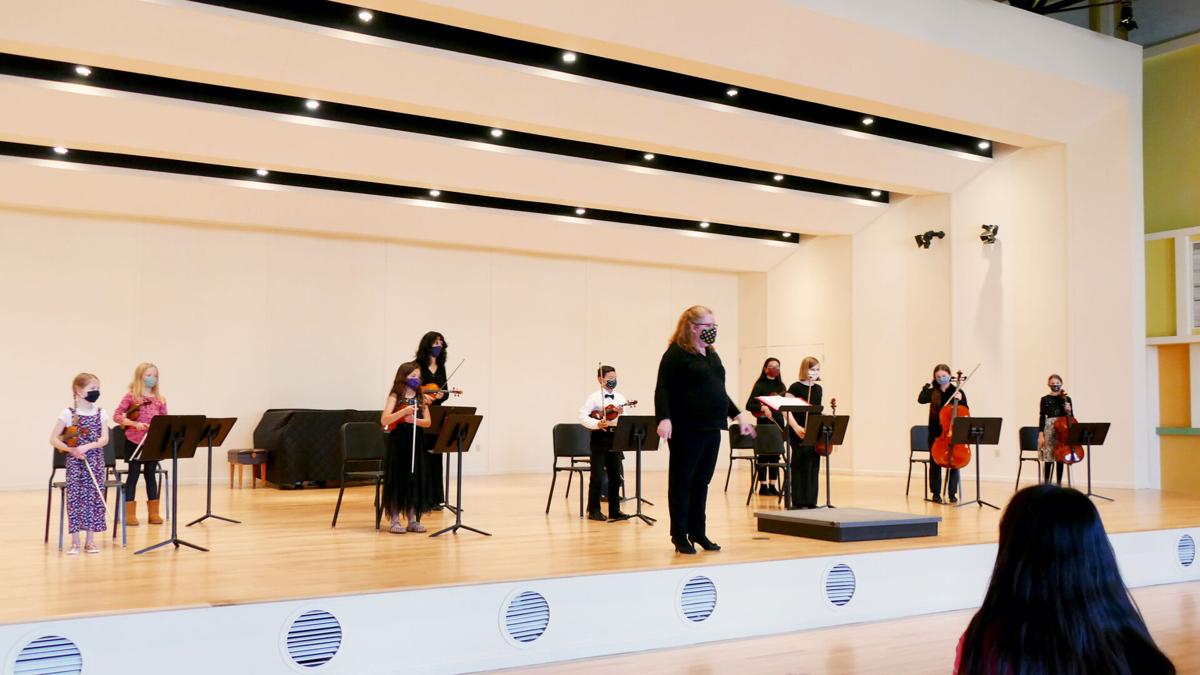 Musicians in VYOA's Presto strings program performed via live-stream Nov. 7. Presto offers beginning string players an introduction to ensemble playing during a six-week session that culminates in a short concert. 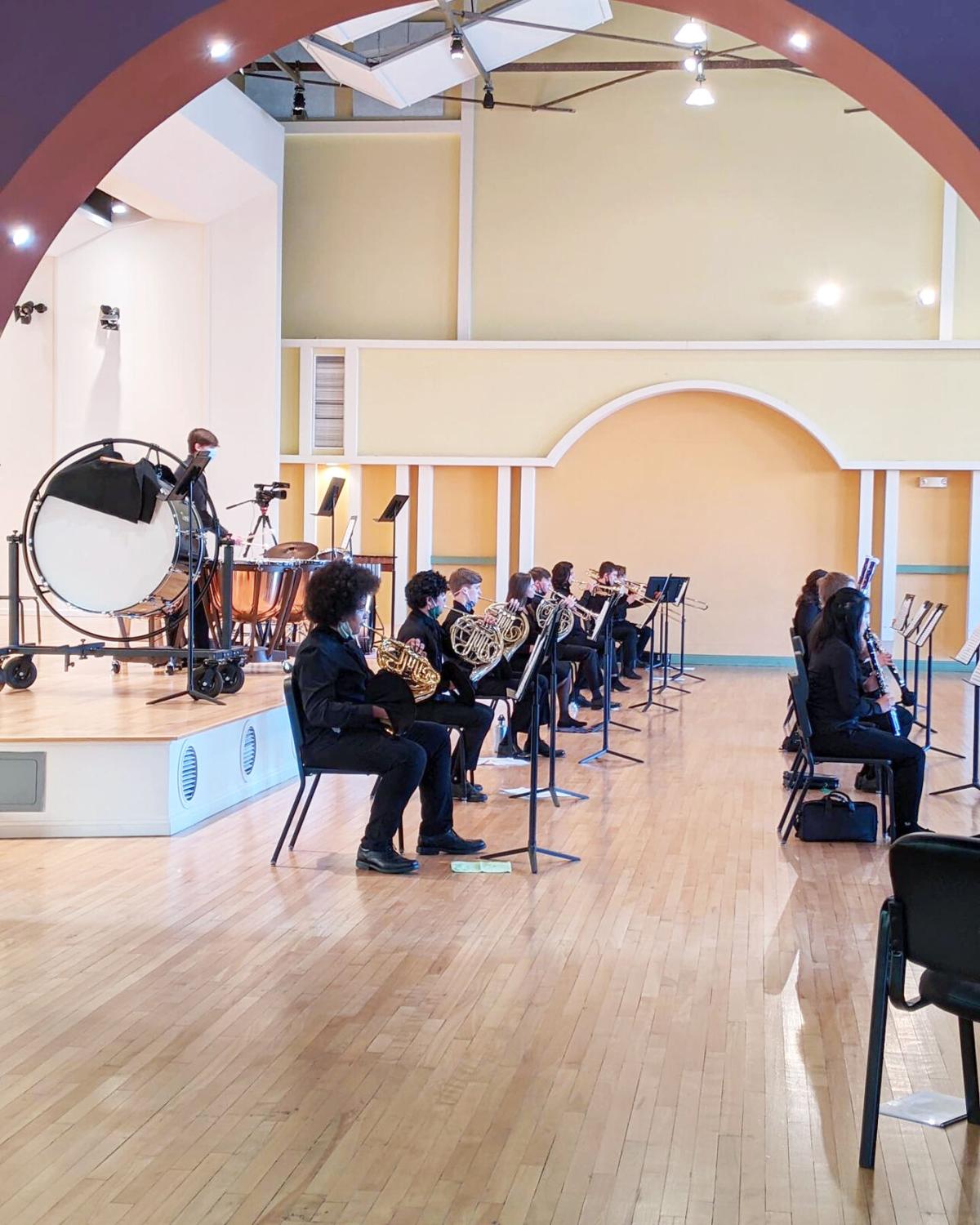 A small group of VYO musicians performs Nov. 8 on the stage of the Elley-Long Music Center. To comply with social distancing requirements, the students at least six feet apart.

COLCHESTER — Over the weekend, the sounds of wind, string and brass instruments filled living rooms across the state and the country as the Vermont Youth Orchestra Association held its first concert of the season.

Musicians in Presto, a program for young, beginning string players performed on Saturday, while 80 Vermont high school students, enrolled in the association’s top-tier orchestra, the Vermont Youth Orchestra, performed Sunday, Nov. 8 from the stage of the Elley-Long Music Center at Saint Michael’s College.

The in-person audience was limited, but for the first time in VYOA history, the concerts were live-streamed for families and friends to watch at home.

To comply with social distancing requirements, Vermont Youth Orchestra students practiced and performed in four small groups, VYOA Executive Director Rosina Cannizzaro said. Each of the groups rehearsed for 90 minutes a week for the last 10 to 11 weeks.

“We came into the season knowing we would not be able to perform for a live audience, so we set up our performance hall for live-streaming,” she said. “We made a major investment there.”

On stage, there was at least six feet of distance between each of the musicians, and the concert hall was cleaned between each group’s performance.

“The kids were so proud,” Cannizzaro said. “I think they’re really proud of their work and are glad to have done a performance.”

The performances were wide ranging, but all paid homage to the traditions of classical music. The VYO Romantic Orchestra played the “Rosamunde Overture” by Franz Schubert, while the YYO Brass and Percussion Ensemble performed John Philip Souza’s “The Thunderer.”

Though a live-stream performance in many ways does not compare to hearing music in-person, Cannizzaro said this format had a few beautiful silver linings.

Live-streaming the concert gave far-away relatives, like grandparents, the opportunity to watch the performance without having to travel.

“We had grandparents from the Netherlands watching, from England and from Chicago,” Cannizzaro said. “We had relatives watching from the West Coast, and of course, from throughout Vermont.”

The Media Factory did all of the filming and streaming for the concerts. The footage is now in post-production and when completed will be posted to the VYO website.

“Everyone had a warm feeling,” she said. “They were genuinely happy to listen to a concert even though it was on their TV or their computer.”

Going forward, even when things go back to normal, Cannizzaro plans to live-stream all performances at the Elley-Long Music Center.